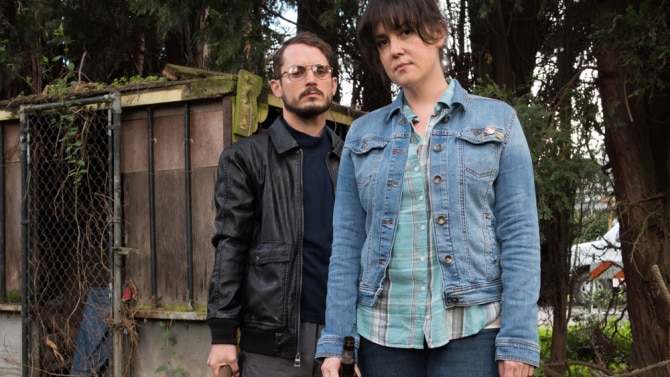 Many have chastised Netflix for their weak film library, but they are beginning to make a sincere attempt at improving it. Instead focusing on financing the latest Adam Sandler crap, they have begun to pick up some of the most notable films at different film festivals.

Winner of the Grand Jury Prize at this year’s Sundance Film Festival, I Don’t Feel at Home in This World Anymore certainly fits the billing of what Netflix is looking for. This dark comedy follows a depressed woman who deals with being burglarized by seeking out justice along with her neighbor.

While this film can’t quite reach its ambitions, I Don’t Feel at Home in This World Anymore is a quirky mixture of genres that resonants into an enjoyable and somewhat heartfelt experience.

It always helps when the cast is incredibly talented. Melanie Lynskey has become an indie darling of sorts, starring in several fantastic projects. She has a natural presence on screen, delivering a confident performance that still captures the vulnerabilities of the character. Elijah Wood is also a very welcome addition to the cast, with his energy and skill as an actor continuing to impress post-Lord of the Rings.

What makes this film so interesting is its mix of genres. Macon Blair’s directorial debut is one that shows a lot of promise. Despite being darkly comedic at most points, Blair is still able to interject some heart and emotional heft. Even when the film isn’t quite working as it should, its the interesting characters that often push it through.

However, this film is far from perfect. While it may be described as a dark comedy, the comedy in itself is very hit or miss. A lot of people have compared Blair’s style to that of the Cohen Brothers, and that influence is very much felt. Hopefully with his second effort he is able to develop more of his own unique style.

I Don’t Feel at Home in This World Anymore is a daring film that works due to its incredibly game cast and unique blend of genres.