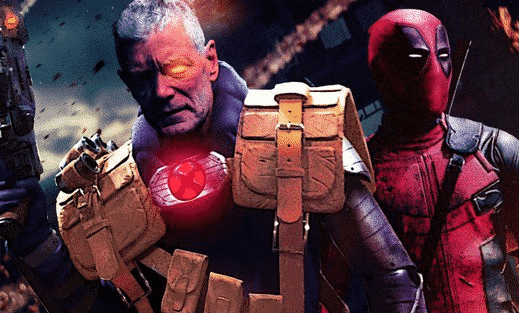 Fans of the X-Men franchise have recently found it difficult to keep track of the movie series. After all, while X-Men: Apocalypse takes place in the 1980s, there’s the newly-released Logan that takes place in 2029 with a supposedly different timeline. While film producer Simon Kinberg attempted to explain this confusion, he revealed a key detail for the upcoming X-Force film; it’ll star Deadpool and Cable as the leads.

It’s been previously teased by the Deadpool 2 writers that the titular character could be crossing into X-Force, and it certainly makes sense. After all, Deadpool and Cable were two long-running members of the team. In the below quote Kinberg reveals the details while promoting the release of Logan.

“We are working hard on New Mutants, Gambit with Channing Tatum, Deadpool 2 and the new X-Force movie where Deadpool is alongside Cable and other main characters. Deadpool 2 is going into production this year. Then X Force which is a combination of Deadpool, and Cable, they’re like the Black ops of the X-Men. They’re much darker and have an R-rated decibel. There are other X-Men characters coming into X-Force at different times in the comic, but it’s separate from X-Men.

There is a larger architecture to tell these stories in. I talk to the studio all the time about this and there is a plan for how these movies can connect and be a part of a larger narrative. It’s something that’s fun, exciting and it will be interesting to see how we marry the different tones that we’ve been generating in these standalone movies of the X-Men universe. But we go into making the best movie we can. It’s not just about a Colossus or Deadpool cameo. Connecting all of these movies will happen when it organically makes sense. These movies aren’t simply being built as stepping stones to a larger story. Each one is wholly enclosed and a movie worth seeing.”

Although it’s not confirmed who will still be writing or directing the upcoming X-Force film, we should expect that the recent success of Deadpool and Logan will provide Fox with enough reason to get the project into production. It’s only a matter of time before more news becomes available.

What do you think of this? Are you excited for the X-Force movie? Be sure to sound off in the comment section below!