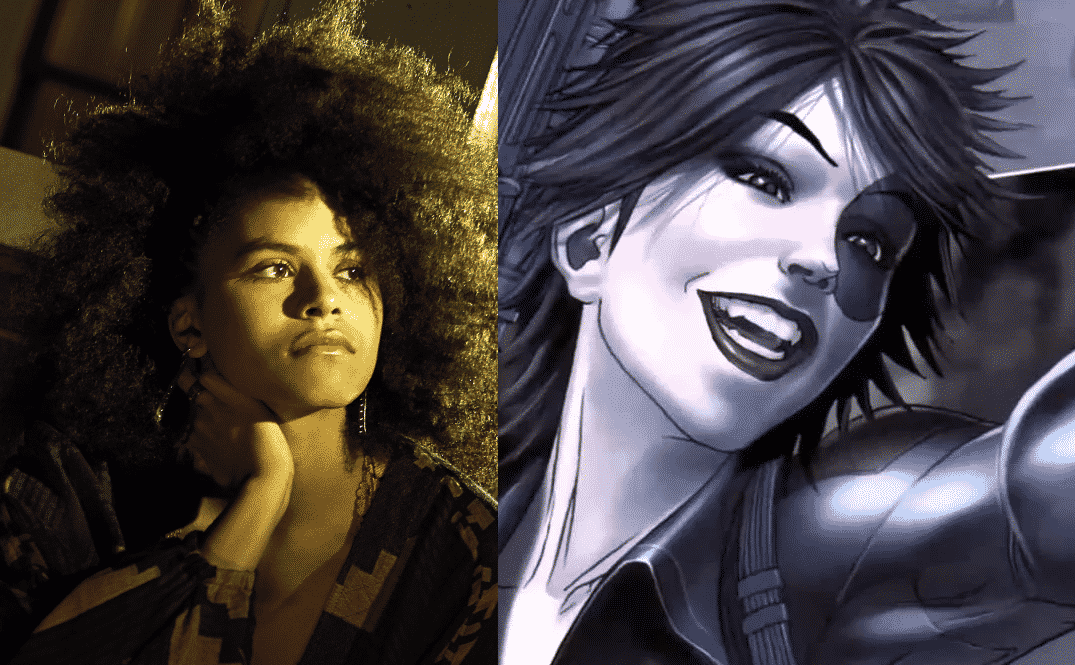 One of the big stories revolving around Deadpool 2, aside from that amazing teaser, is the casting for the character of Domino. Reports of different actresses in talks for the part have ranged from MacKenzie Davis to Kerry Washington to Janelle Monae.

However, it seems all speculation can be put to rest as Ryan Reynolds seems to have confirmed that Zazie Beetz, an actress well known for the Donald Glover series, Atlanta, has been officially cast for the role of Domino. The tweet in question has Reynolds saying two words: “Domino Effect”. Attached is a picture of a bunch of connected dominos, with some spelling out the name of Zazie Beetz:

Domino, for those who don’t know, is the alias of mutant mercenary, Neena Thurman. She is an ally and love interest to Cable, another character who will make his big screen debut in Deadpool 2.

Aside from Atlanta, Beetz has mostly appeared in short films and has had a part in the anthology series, Easy. Aside from the upcoming Deadpool 2, Beetz’s film history is mostly lesser known/independent projects, including the 2015 horror comedy, Applesauce.

Now that Domino’s actress has been confirmed, fans wait in anticipation for the announcement of whatever actor will bring the role of Cable to life and co-star with both Reynolds and Beetz.

Deadpool 2 is set for release on an unspecified date in 2018 and will see Ryan Reynolds reprising his role as the merc with a mouth, with David Leitch replacing Tim Miller as the director.

What do you think of this choice for Domino? Be sure to sound off in the comment section below!

Continue Reading
You may also like...
Related Topics:Deadpool 2, Zazie Beetz