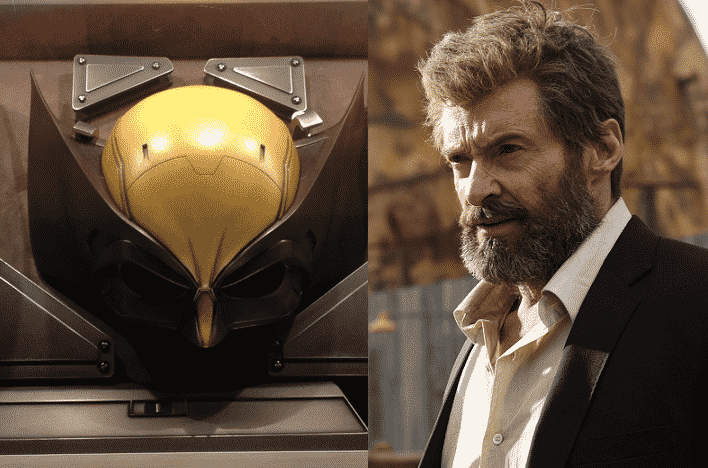 For those of you who haven’t seen Logan yet – well, what the hell are you waiting for? The movie is Hugh Jackman’s last film as Wolverine, and is amazing. A perfect send-off for him. The end.

The actor has been posting some really interesting stuff on his Facebook page, including a video of him recording his sounds for Wolverine – and it’s really intense.

Now, the actor has posted a picture of him with a Wolverine mask, that will only lead to more speculation:

Surely, Logan is the actor’s final appearance as Wolverine. Right?

In 2024 the mutant population has shrunk significantly and the X-Men have disbanded. Logan, whose power to self-heal is dwindling, has surrendered himself to alcohol and now earns a living as a chauffeur. He takes care of the ailing old Professor X whom he keeps hidden away. One day, a female stranger asks Logan to drive a girl named Laura to the Canadian border. At first he refuses, but the Professor has been waiting for a long time for her to appear. Laura possesses an extraordinary fighting prowess and is in many ways like Wolverine. She is pursued by sinister figures working for a powerful corporation; this is because her DNA contains the secret that connects her to Logan. A relentless pursuit begins … In this third cinematic outing featuring the Marvel comic book character Wolverine we see the superheroes beset by everyday problems. They are aging, ailing and struggling to survive financially. A decrepit Logan is forced to ask himself if he can or even wants to put his remaining powers to good use. It would appear that in the near-future, the times in which they were able to put the world to rights with razor sharp claws and telepathic powers are now over.

What do you think? Would you like to see Hugh Jackman return as Wolverine again? Tell us your thoughts in the comment section below!