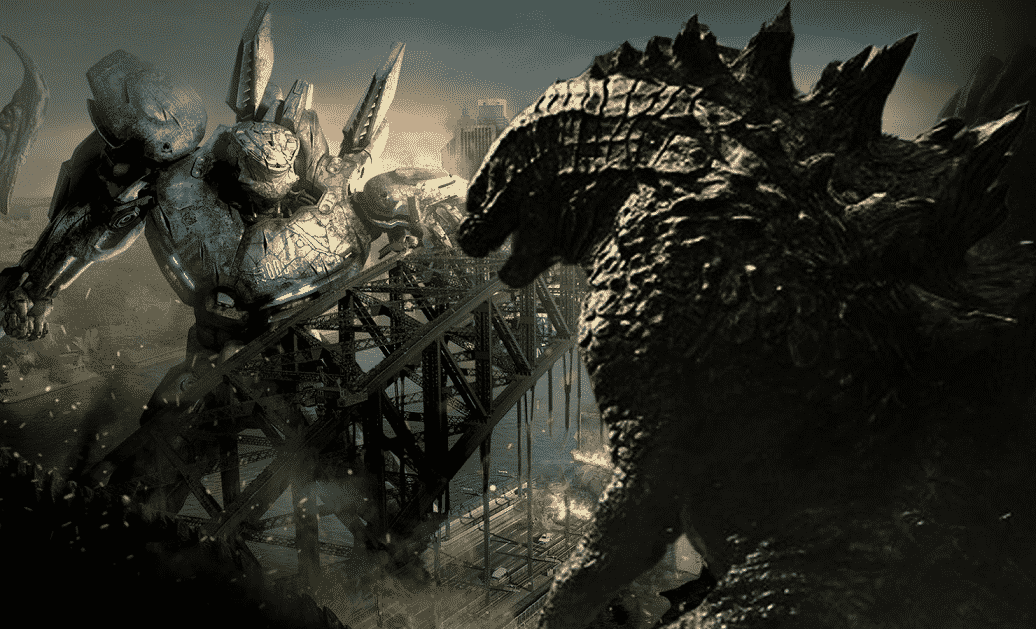 Hello hello again, Screen Geek readers. If you have just come back from watching Kong: Skull Island or are just in the mood for some monster like films, do we have a list for you. We got the classic Godzilla (updated), the inner monsters of humanity, a balls to the wall action kaiju style flick, a comedy that will make you hoot and howl like a monster, and a few selections of monsters from other parts of the country. You hear that rumble in the background? It’s the Kaiju edition of “What To Stream This Weekend”.

Kong may be the king of Skull Island, but there’s only one King of the Monsters, and that’s Godzilla. Reigning supreme over all kaiju, he’s owned everyone from King Kong, to Mothra, to Rodan, to Ghidora. Japan’s Toho Studios first introduced him in 1954, known by his Japanese name, Gojira. Over 7 decades and dozens of films, he has only grown in size, strength, and legendary-ness. (Yes, that’s a word, because I just used it.)

On the year of his 60th anniversary, the massive beast was given an epic reboot. Staying true to the roots of his origins, it also expands on not just how he came to be here, but why. As always, he’s a result of the nuclear bombing that rocked Japan in World War II, and the subsequent missile tests that took place in the area. However, he also has a purpose in nature, bringing balance to the world by ridding it of things that should not exist. And, while some moviegoers complained that it took a while to get to the great action scenes, trust me, they’re worth the wait. Zilla’s fight with the MUTOs is nothing short of epic badassery. And the human scenes are quite engaging, keeping you hooked while you wait. Throw in the fantastic effects, and you have one hell of a good time at the movies.

Featuring an excellent cast – including Ken Watanabe, Elizabeth Olsen, Aaron Taylor-Johnson, Bryan Cranston, and Sally Hawkins, it’s a film truly worthy of the “King of the Monsters” crown. As a massive fan of the character, it gets my 100% approval.

A man is pulled into a strange game populated with very real monsters. Based off of the Osaka arc of the manga Gantz by Hiroya Oku.

I’ll be honest with this one; I am such a huge fan of Gantz as a manga series that I am unsure of how unbiased I was walking into this film. I wanted to like it, and holy cow, did I like it. The animation is smooth and, at times, freakishly realistic, the action is unrelenting, and the monster designs are insane. The story may not make sense to someone who hasn’t read the comic, but it is a serviceable platter for what Gantz: O is feeding its audience: people in tight leather outfits shooting grotesque monsters in the face with cool guns while trying hard, with various levels of success, not to get eaten.

Also, don’t watch this one with the kids; there are quite a number of breasts and brains on display.

Cast your mind back to when you were a kid. If someone had come to you and asked you either A) What you wanted to see in a movie, or B) What kind of movie you would make if somebody asked you to, then the chances are, said movie would involve monsters. Or robots. Or both. Step forward, Mr Guillermo Del Toro. Having broken his way into the mainstream via a series of deliciously dark and visually sumptuous fantasy flicks, in 2013 he was given the backing and budget to produce exactly the kind of blockbuster movie that any kid would fantasize about making. And boy, did he deliver.

On the surface, the movie can be viewed as simplistic in terms of its plot and execution, but at the sides and edges of the narrative, there are a wealth of smaller details and features that enhance and improve it; from the individual design of each differing nation’s Jaeger, to the tools and techniques of the organ harvesters, and the extraterrestrial archaeology of the Kaiju city glimpsed during the film’s closing sequences. No scene is unnecessary. There are no filler shots. Del Toro crams as much detail and information as is humanly possible into each scene, so much so that you can almost feel the grinding and straining of the metallic limbs as they move into battle. Sure, there are monster movies. But this, my friend, is the king of monster movies…

When you hear someone describe a dark fantasy genre film, you might think of classics like The Never Ending Story, The Labyrinth, or even Legend. But this type of film is something special. Troll Hunter follows a group of documentaries as they do what the title suggests: hunt trolls. Plain and simple, right? Oh no.

Without giving too much away, Troll Hunter is a nice thrilling ride across the Norwegian wildlife as the cast do whatever they can to prove the existence of trolls at any cost, even if it’s the cost of their lives. With government officials on one side, poachers on the other trying to make a buck by killing as many trolls as possible, and the inner conflict among the group, you are sure to get some serious drama with this “found footage” film.

This not-so-well-known indie flick was given a small budget, but produced monstrous results that will leave you hooked to your seats from the moment things ramp up until the credits roll. Give this one a definite watch if you want to see a not-so-typical monster flick.

After watching the movie, I can honestly say that even though it wasn’t a sequential story line, which caused a ton of controversy amongst Cloverfield fans, it was amazing. It follows a woman, Michelle (Winstead), who has broken up with her fiancé for reasons unknown to the audience. She is at a gas station after dark getting gas and notices someone suspicious. She leaves and turns on the radio, which is telling of the horrors in the city that Cloverfield fans would recognize, and very shortly after, she is in an accident. The person, who rescues her, Howard (Goodman), takes her to his underground bunker. For the rest of the film, the circumstances that lead to Michelle being in the bunker are very mysterious and has the viewer flopping back and forth between thinking Howard is as upstanding as he says he is, and thinking that maybe he isn’t being as forthright as he would have you believe.

The real question for Colverfield fans is: Is there any chance to see action in this film related to Clover? The answer is: watch this movie and find out for yourself.

A monster emerges from the Han River in Seoul and goes on a rampage, stealing the only daughter of loser, Gang-du. He and his family are determined to find her, but what can they do against a giant with a thirst for flesh?

The Host is a unique film; it has an almost goofy feel, but still carries with it the tension and sense of swelling and impending doom that makes the greats within the monster genre, well, great. On top of being a pretty cool monster flick, this film is a great dramatic piece about a family handling a crisis. The dynamics of the Park family are interesting, to say the least. You can feel the love, but also the disappointment and ire that stems from their dysfunction. Satisfying and twisting, The Host is an absolute must watch.

Available on Netflix, Shudder, and Vudu.

This heartwarming New Zealand-based comedy-drama, Hunt for the Wilderpeople is a charmer. Directed by Taika Waititi, this focuses on the emotional ups and downs of a mismatched buddy movie. Ricky (Julian Dennison) is a troubled orphan, raised on rejection. Placed with the latest in a series of foster families, this time on a farm far away from the city where he styles himself a gangster, Ricky is reluctant. But his foster aunt Bella (Rima Te Wiata) breaks down his defenses with down-to-earth love and affection. However, when a tragedy threatens to steal back the life that Ricky has come to love, the boy finds himself on the run in the bush with Bella’s grizzled husband Hec (Sam Neill) and a dog called Tupac.

The wonderful views that the wide pan shots show us of “majestical” New Zealand are truly spectacular. But the films greatest asset is its genuine and likable characters, the least not being Ricky himself. The film is an emotional mountain range and simultaneously a laugh a minute.