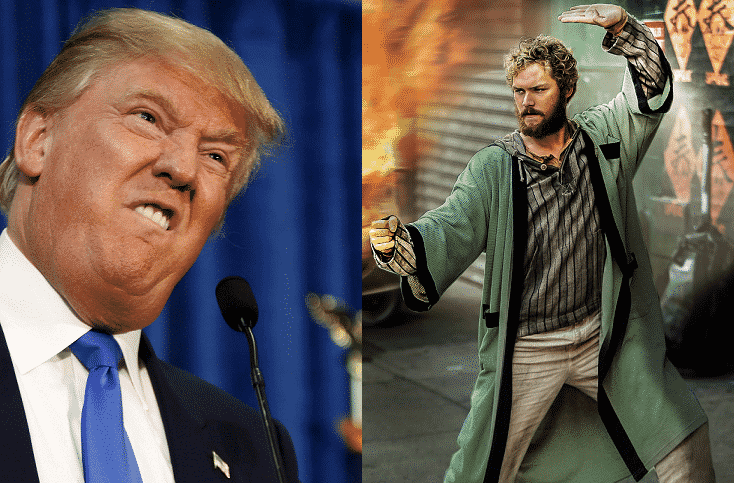 Marvel’s latest Netflix show hasn’t been received very well by critics – as it currently boasts a 14% on Rotten Tomatoes, which by all accounts is awful. Finn Jones, however, seems to know the root of all the bad reviews.

In a recent interview with RadioTimes, Jones had the following to say:

“I think the world has changed a lot since we were filming that television show. I’m playing a white American billionaire superhero, at a time when the white American billionaire archetype is public enemy number one, especially in the US. We filmed the show way before Trump’s election, and I think it’s very interesting to see how that perception, now that Trump’s in power, how it makes it very difficult to root for someone coming from white privilege, when that archetype is public enemy number one.”

While I can see where Jones is coming from, I find that to be a very random and almost insane reason to give for a show to receive bad reviews.

Jones also had the following to say about the show:

“Danny is a fish out of water, and you don’t really understand where he’s coming from,” Jones said. “But I think there’s also a level of intrigue. People need to see the full series–’Iron Fist’ doesn’t end until the last episode of ‘Defenders.’ He really goes on a journey of self-discovery, and grows into the role. It’s paced out; it’s a long journey.”

What do you think of the actor’s comments? Do you think Donald Trump played a role in Iron Fist’s negative reviews? Be sure to tell us your thoughts in the comment section below!

BREAKING BAD Gets Condensed Into 2 Hours
Frank Oz Responds To Question About Yoda In STAR WARS: THE LAST JEDI
Advertisement
Advertisement
To Top