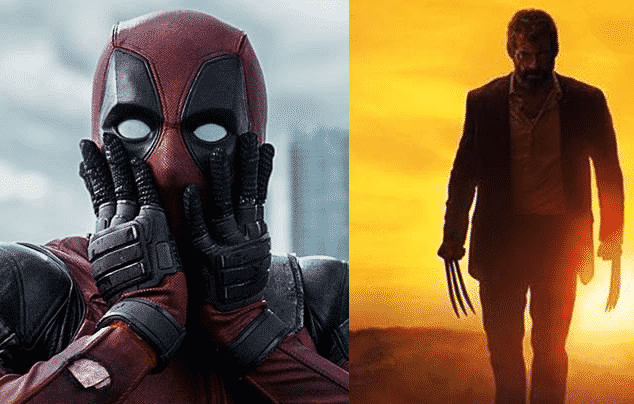 Hugh Jackman made his final turn as the Wolverine earlier this month in ‘Logan’, a beautiful film that was able to act a truly fitting send off for not just the character, but specifically, Hugh Jackman’s iconic version of him. And everyone involved made it absolutely clear that this was definitely, defiantly, the last time Hugh Jackman would take up the claws as Logan… except for the fact that Hugh Jackman has said he would reprise the role if the X Men film rights reverted back to Marvel and Wolverine became part of the MCU…

But he has also expressed an interest in starring in a movie as Logan alongside Ryan Reynolds as Deadpool:

That is until Deadpool 1 & 2 writers Rhett Reese and Paul Wernick revealed that they may have a trick up their sleeve to get Hugh Jackman in Deadpool 2.

When asked about that idea, here’s what they said:

“That’s not a bad idea. I like that. Deadpool lives in a world where Hugh Jackman is out there. He’s got the People’s Sexiest Man Alive cover that he staples to his forehead in the first movie, so maybe he could meet Hugh as Hugh. That would be really funny.”

To put it simply, they don’t want Hugh Jackman to reprise his role at Logan, but instead, to reprise his (kinda) cameo role as World’s Sexiest Man. Basically himself. You have to hand it to the writers…that’s pretty clever.

Take a drink every time I say Hugh Jackman in this article…now that’s a drinking game.

What do you guys think of the Deadpool writers’ ideas to have Hugh Jackman in Deadpool 2? Genuis? Pointless? Sound off in the comments below!