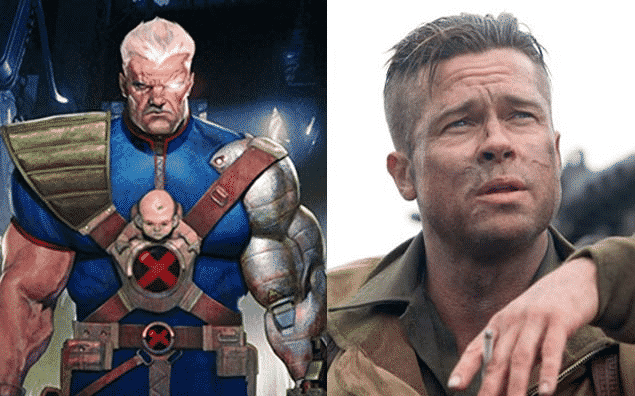 Brad Pitt as Cable? It almost sounded too good to be true. However with recent rumors suggesting that the Hollywood A-lister was in contention for the role of Deadpool’s time traveling mercenary friend, fans worldwide were frothing at the mouth in anticipation and excitement. There was even official concept art leaked.

Unfortunately, it seems as if that excitement was short lived as Brad Pitt’s involvement in the project has ceased to be no more.

Director David Leitch recently spoke to ComicBook where he revealed how scheduling conflicts were the main reason for Brad Pitt’s departure from the project.

“We had a great meeting with Brad, he was incredibly interested in the property. Things didn’t work out schedule-wise, though. He’s a fan, and we love him, and I think he would’ve made an amazing Cable.”

With fans speculating online for the past several months as to who’ll be playing Cable, Brad Pitt was a choice that the vast majority of people would have never even thought about. It’s quite surprising to see how one of Hollywood’s leading men took such a keen interest in the role and it just goes to show how much comic book movies have grown in recent years in attracting such established actors.

With Michael Shannon currently the hot favorite in nabbing the role, could there be another surprise on the cards? Who knows. With Deadpool 2 set to commence filming in the summer, keep your eyes peeled here for more casting news.

Who would you like to see play Cable? Do you think Brad Pitt would have been a good choice? Or do you prefer Michael Shannon for the role? Sound off down below!

New IT Trailer Gets Side By Side Comparison With Original
Rumor: Actress Playing BATGIRL Potentially Revealed
Advertisement
Advertisement
To Top