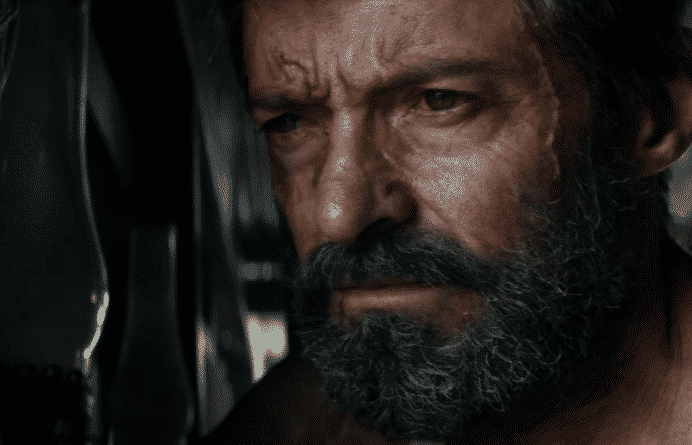 Cast your mind back to the summer of 2000. Can you remember seeing Hugh Jackman unleash those claws as Logan for the first time? When he sliced that shotgun in two? That was officially the coolest thing to have happened in any comic book movie. Ever…

Now, fast-forward 17 years. (Obvious LOGAN SPOILERS FOLLOW) To this very week, if we’re being precise. After 9 official appearances as Wolverine/Logan/James Howlett, everybody’s favorite ‘Australian playing a Canadian who everybody thinks is an American’ has put in his supposedly final appearance in the role. And people are LOSING THEIR SHIT over it.

Which is no real surprise. With that first performance in Bryan Singer’s ‘X-Men’, Jackman suddenly made the entire genre accessible to a huge demographic, who had previously shown absolutely no interest in comics. You can’t even imagine how different the Marvel Cinematic Universe might look had that sudden influx of cinema goers not suddenly decided to start researching the characters they were now seeing on screen, with the subsequent surge in hype convincing Marvel to put their money where their mouth was.

At the time of writing this, there’s yet to be a bad review for ‘Logan’, and the fans can’t even bring themselves to talk about recasting the role. Where previously, commentators were speculating about Tom Hardy being cast in the inevitable reboot/re-imagining of the character, now forums and Facebook threads are filled with anger and rage. How can we even be talking about recasting? Not while the existing character is still in cinemas, in it’s most powerful incarnation.

So, you know what? Let’s not talk about recasting him. You know why not? It’s quite a simple reason. Anybody who’s ever had the most passing interest in comics will know why. Are you ready? BECAUSE NOBODY EVER TRULY DIES IN COMICS. That’s why. Sure, some of the characters ‘die’ for a long period of time, and then they come back. Some of them don’t ever come back, but they instead re-appear in other forms. You simply know that you’ll see them again at some point further down the line in some way, shape or form.

We all know Hugh Jackman’s love and devotion to the character, he goes to great lengths to demonstrate it. It’s a no-brainier that we’ll see him reprise the role in some form at a future point. So let’s look at some of the more practical ways that the writers could bring him back. We’re not talking ‘he had a twin brother he didn’t know about’, or ‘he was knocked into a river and returns an amnesiac’. No, we’re talking about the most classic forms of comic-book resurrection:

Let’s kick things off with the most obvious and likely solution, and the one which was handed to audiences on a plate by ‘Logan’. If you’re a regenerating mutant, and you spend all of your 15-20 lifetimes wandering this earth, getting into bloody battles with people, the chances are that you’re going to leave a significant amount of your no-longer-needed body components lying around for someone to find.

The idea of cloning dead characters is a firm favourite for comic-books, because there are just as many ‘mad evil scientist’ bad guys knocking around as there are ‘crazy wizard’ bad guys. Wolverine’s entire backstory centres around genetic manipulation, or the cross-fertilization of mutant cells and powers. It’d be no stretch at all to magic a Logan clone out of the side-lines, using the excuse that some nasty corporation found one of his ears lying around after a battle. But as easy as this is, it’s a bit boring, really. Surely we can do better?

Sweet dreams are made of this… In addition to being mixed up in all manner of nefarious scientific plots and schemes throughout his chequered past, there’s also another recurring theme that has dogged Logan’s life/lives. He’s constantly haunted by the tragedies and failures that have been visited not only on him, but also on any woman that he’s ever loved. Falling for the Wolverine brings a gold-plated guarantee that you’re going to end up dying in his arms, having been brutally murdered in front of him by the latest in a long line of baddies.

For Jackman’s incarnation of the character, it’s the recurring visions and dreams of Jean Grey that have haunted our hero. From ‘The Last Stand’ onwards, Logan’s nights have been dogged by frighteningly realistic visits from the woman he yearned for, but was forced to kill. Now the torch has been passed to his ‘daughter’, what are the chances of Jackman’s Logan cropping up in a dream sequence, or a flashback? Laura certainly developed enough of a bond with her clone father to justify having strong emotions and memories for him.

You’re not yourself, dear…

Mutants. They’re a funny old bunch, that come in a variety of shapes and sizes. And, of course, some of them have the ability to alter those shapes and sizes, which provides another of the more obvious ways for Jackman to reprise his role. We all know he’s rather partial to a profanity-filled cameo of the character, so having a shape shifting mutant impersonate him would be a really simple and cool way for him to crop up in a larger storyline and totally fulfil the fan expectations.

In fact, it’s already happened. In both of the first two X-Men movies, Raven has impersonated Logan in order to execute her complicated schemes and plans. And they’re brilliant little sketches, where Rebecca Romijn managed to bring out arguably the best portrayal of Mystique. A kiss blown here, an acrobatic leap there, and some cheeky little grins and smiles from Jackman to top things off. But… It’s all still a little bit on the obvious side though. Let’s try and think a little further outside the box…

It was ‘Days Of Future Past’ that really introduced the proverbially maddening box of frogs into the X-Verse, with Logan thrown back from a nightmarish future to the 1970’s in an effort to prevent the extinction of his species. Time-travelling is a theme that absolutely saturates the X-Men comics, and indeed the larger Marvel canon. It’s a surprise that anything ever gets done or achieved with the large number of characters that are travelling back and forth through history, or indeed sideways through the various realms and dimensions.

Whilst you may have issues with ‘X-Men: Origins’, there’s no denying just how goddamn cool that opening title sequence was. It tracks Logan and Victor from the War of Independence through to Vietnam, establishing their unnatural footprint across the centuries, and this is backed up by Jackman’s cameos in the other films. All the filmmakers need to do is introduce a machine or mutant capable of time travel, and this easily opens the door for an appearance from a historic version of Logan. Though it’d be a lot more exciting to see Jackman portraying an alternate dimension-hopping version of Logan, such as the ‘Age of Apocalypse’ incarnation. Now that would be something…

Finally, who’s the most powerful Marvel character we’ve seen on our screens so far? Over in the MCU, Wanda Maximoff’s powers continue to grow and grow, making her a key player in the upcoming ‘Infinity War’, whilst the X-Verse has now witnessed the arrival of David Haller in ‘Legion’, a mutant potentially even more powerful than his famous father, and capable of manipulation on a frightening scale. So what’s to stop Logan from just being bought straight back from the dead?

Nobody seems to have really gone into the fact that at the end of ‘Logan’ there’s now an adamantium-augmented skeleton buried on the US/Canada border, saturated with Logan’s genetic material. All it would take is the right mutant, with the right abilities, to give Wolverine that regenerative boost he’d need to come back from beyond. On either a permanent or short-term basis. Because if human science can’t do it, maybe a bit of mutant magic needs to.

Let’s not mess around here, you know as well as I do, that we will see Hugh Jackman play Logan again. The fans want it. There’s little doubt that the actor wants it. And if the studio thinks it’ll make a boatload of cash, they’ll want it. It’s just which of the above scenarios they choose to go with.

Which one do you think is the most likely? Knowing our luck, it’s probably just a twin brother he didn’t know about. After all, what would we know?

Is MARVEL Beginning To Run Out of Steam?
Why We Need More Female Superheroes On The Big Screen
Advertisement
Advertisement
To Top