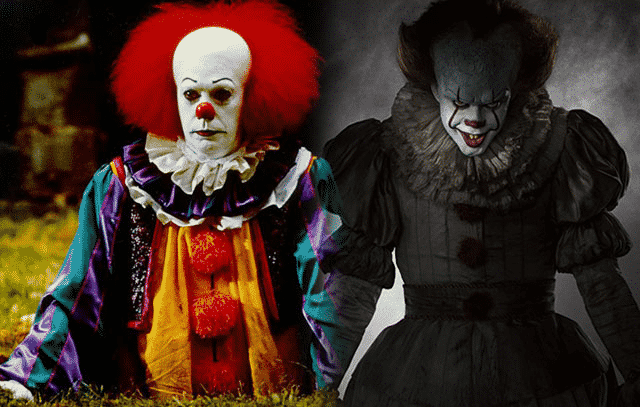 Horror fans were treated yesterday to their first look at IT where plenty of thrills, chills and homages to the original miniseries were on show.

With the project having faced development hell for a number of years due to numerous rewrites and a change of director – just to name just a few of the obstacles it has had to face, it now seems as if Andrés Muschietti has crafted a movie that may in fact please those who were fans of the original.

With the trailer evoking the same terror as the ABC miniseries, one YouTuber has decided to make a side by side comparison of the two trailers which shows just how similar the two truly are. What was probably a conscious decision by Warner Brothers, fans have so far reacted positively to the trailer in which we got to briefly catch a glimpse at Pennywise the Clown in all of his frightening glory.

If you’re not a fan of clowns then I’d suggest you give this one a miss. With Muschietti’s adaption being hyped at being more faithful to the 1986 novel which was written by Stephen King, the technological improvements seem to have had a great effect on this latest rendition. With the recent success of Stranger Things, modern audiences will no doubt be drawn to what’s on offer here when IT hits theaters on September 8th, 2017.

When children begin to disappear in the town of Derry, Maine, neighborhood kids band together to square off against Pennywise, an evil clown whose history of murder and violence dates back for centuries.

What did you make of the trailer? Do you think it can surpass the miniseries? Sound off down below!