Why We Need More Female Superheroes On The Big Screen 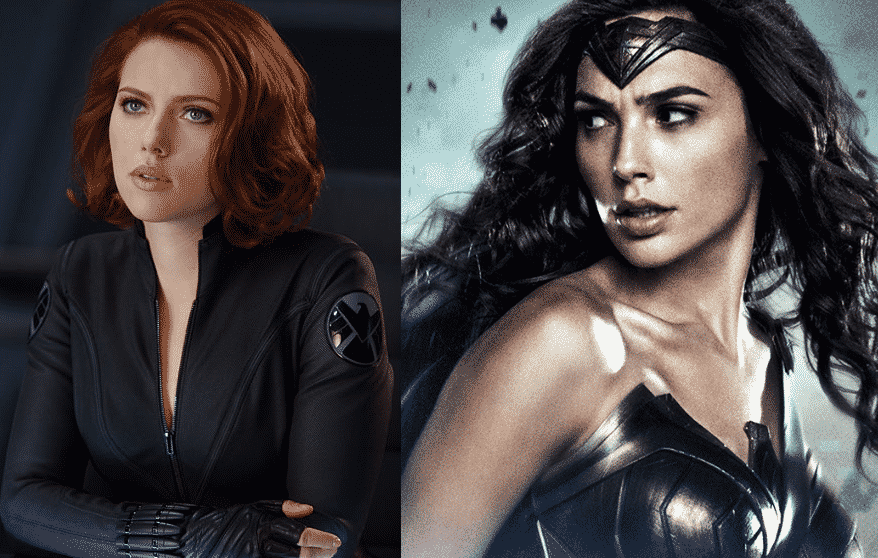 The MCU is flourishing, the DCEU steadily on its way and the comic-book cinematic industry is one of the most successful within the film industry. Yet one thing remains to be an enormous imbalance across all ‘superhero cinematic universes’. There is a gaping lack of female heroes on the big screen at the moment.

I refuse to stand by as an astonishingly extensive roster of female characters across both Marvel and DC be ignored by filmmakers, or only to be functional as a love interest. There are plenty of female heroes and there are no viable reasons to neglect them. Those days are over, here’s why.

To begin looking at this problem, we should call upon the basis of these cinematic empires; the comic book world. Recent research by FiveThirtyEight.com reveals that the demographic ratio of female to male characters in both Marvel and DC comics is tremendously imbalanced. The results showed:

Considering we live in a world in which 51% of the population are female, this isn’t representative. Granted, the audience of this material is really what it should be representing. The trouble is, how can the comic book industry expand its audience when it continually and intentionally appeals to the same fan-base?

If we look at Marvel’s The Avengers, we’re shown a team made up of five white, straight, good-looking males. That’s 83% of Earth’s Mightiest Heroes born of systematic privilege. Looking at the wider diversity issue, since 2009 the majority of babies born in the United States have been of racial minority. Ultimately this means, in the US, only 60% of the population identifies as White. Why should a team of heroes inaccurately represent the demographics?

I’m not saying heroes should change ethnicity or gender just to proportionally represent the audience; after all, these are characters born in comics and bringing them to the screen unfaithfully would open a whole other can of worms. What I am saying is that there are plenty of non-White heroes, plenty of female heroes, even plenty of LBGTQ heroes that aren’t making it to the big screen – and the bottom line is, this audience would welcome them.

The FiveThirtyEight.com report states that its near impossible to gauge the demographics of comic book buyers because the majority shop in independently owned stores. Even so, the audience that attends comic conventions is almost equally split between male and females. These days comic conventions have a huge emphasis and focus on films; cast panels, sneak previews etc. If that doesn’t scream in film makers’ faces that there is a substantial female demographic watching their movies, to whom they should damn well appeal, I don’t know what does.

Allow me to clarify, I’m not suggesting that only male characters will appeal to males, and only female characters to females. Quite the opposite – film companies seem to avoid female hero solo flicks as if the audience won’t come running with their cash in hand, waving it frantically like they do for all the other hero films. The reality is, and I now speak for both male and female fans, we’d love to see more female heroes on screen.

Time and again Marvel and DC play it safe, with male solo films, white males solo films at that. Why haven’t they lept into a Black Widow solo flick? The idea of a ‘Budapest’ movie starring Black Widow and Hawkeye would undoubtedly intrigue fans, not least with Black Widow’s extensively mysterious past offering plenty of material to work with.

Equally, the prospect of a Miles Morales Spider-Man on screen would be interesting. But Marvel avoided diverse representation by bringing a third Peter Parker on screen, as if we haven’t seen enough. DC have made so many Batman films that you’d almost forget they had other characters to play with. So one thing I will address is the need for both Marvel and DC to take risks.

Moving onto what’s actually happening, Marvel’s Jessica Jones was well received by critics and fans alike. The character will return in The Defenders and has easily earned a second series. Those facts and words combined seem to spell out a word in my head, plainly and clearly – ‘success’. The female characters in the Avengers, Black Widow and Scarlet Witch have been warmly received by fans followed by Wonder Woman, who was welcomed in Batman v Superman, fans anticipating her solo movie later this year. Marvel have planned Captain Marvel, which I commend and am only too pleased to hear. DC’s Supergirl has been met with a relatively positive reception. So… great, but don’t stop there.

We’ve had female Thor appear in comics, a Pakistani Ms Marvel and now a female Iron Man. With Robert Downey Jr. likely to retire all too soon, I wonder if Riri Williams inheriting the Iron Man mantle would be better appreciated than a re-cast Tony Stark. The X-Men franchise seems to be one of the few in which male and female characters are somewhat balanced, it’s just a shame that the characterizations have failed to be faithful.

Speaking of ‘Iron Heart’, I’ve heard people complaining about how the new incarnation of Iron Man is yet another character with unrealistic proportions, body type and what have you. This isn’t and shouldn’t be the issue. The superhero archetype is not one that is designed to boast achievable bodies, but idealistic and farfetched ones. Male heroes have outrageously strange and unrealistic proportions as well, and their bodies aren’t exactly achievable either. A superhero is created to look ridiculously fictitious, because that’s what they are. Even on screen, the actors are eye candy, with great bodies and in great shape – that’s common across both male and female characters. Anyway, I digress.

One other shocking revelation is that there are an overwhelming majority of male villain characters. Where are the females? The trait of evil is not an exclusively male characteristic, so it shouldn’t be one. So far, all of the MCU’s villains have been male, with the sole exception of Nebula (Guardians of the Galaxy), who doesn’t even really qualify. It therefore becomes a little repetitive, seeing the same kind of villain used over and over. DC’s exception could be considered Enchantress, but I am not sure whether I deem that worth discussing.

Left, right and center we see the big screen dominated by male heroes and, whilst they’re great and we love to see them, fans have a deep craving to see some of Marvel and DC’s many female heroes step into the limelight. It’s not always a question of equality, but rather which characters would work on screen – with that said, I know for a fact that female heroes would be well received, and Wonder Woman will only prove that.

Wonder Woman is a great step forward. Captain Marvel will be a great step forward. But steps are merely moves in the right direction, the real achievement is when we’re in a cinematic land of comic book movies where the appearance of female characters is NOT considered a rarity. I see that on the horizon, but I am desperate to see it stood before me.

What do you think? Tell us which female heroes you’d love to see on screen in the comments below!