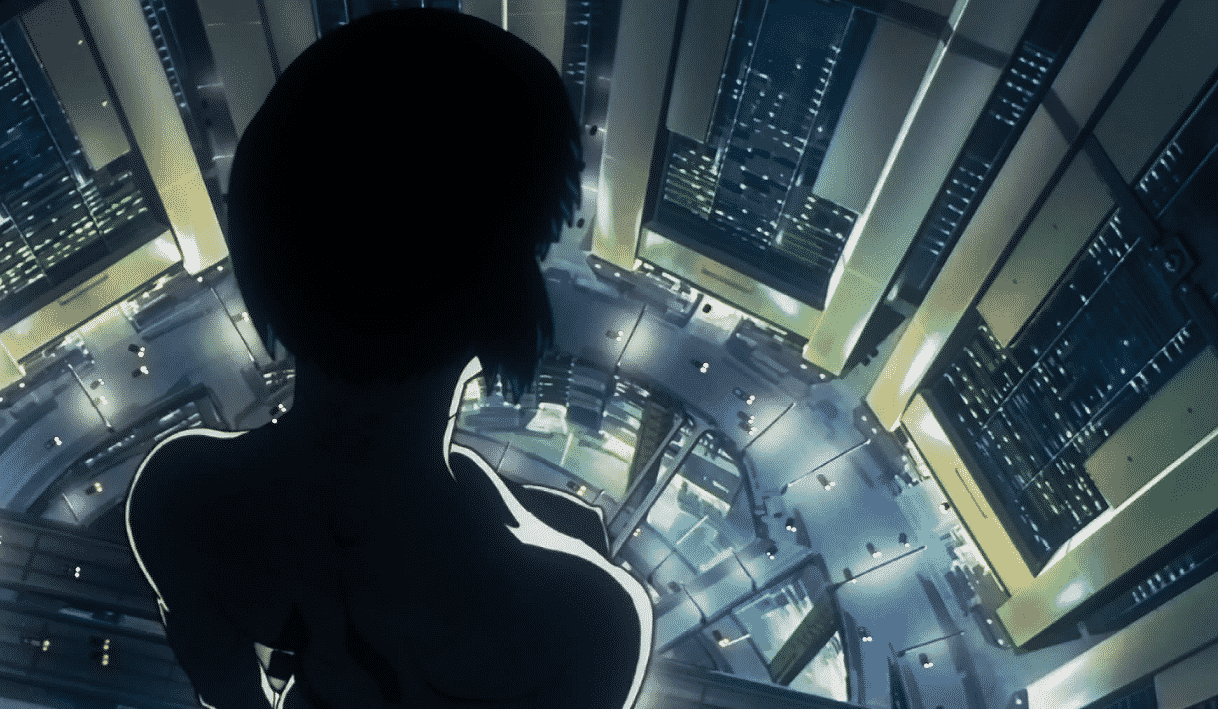 To start off this retro review, I would like to note that this is not a piece about the current Ghost in the Shell, and in turn, not a commentary on the casting of Scarlett Johansen as Major Kusinagi. You wanna read about that, you have a ton of options all over the Internet; for this, we’re focusing on the original, animated, freaking awesome 1995 Mamoru Oshii film. So, just sit back, stop stressing about Hollywood, and enjoy. 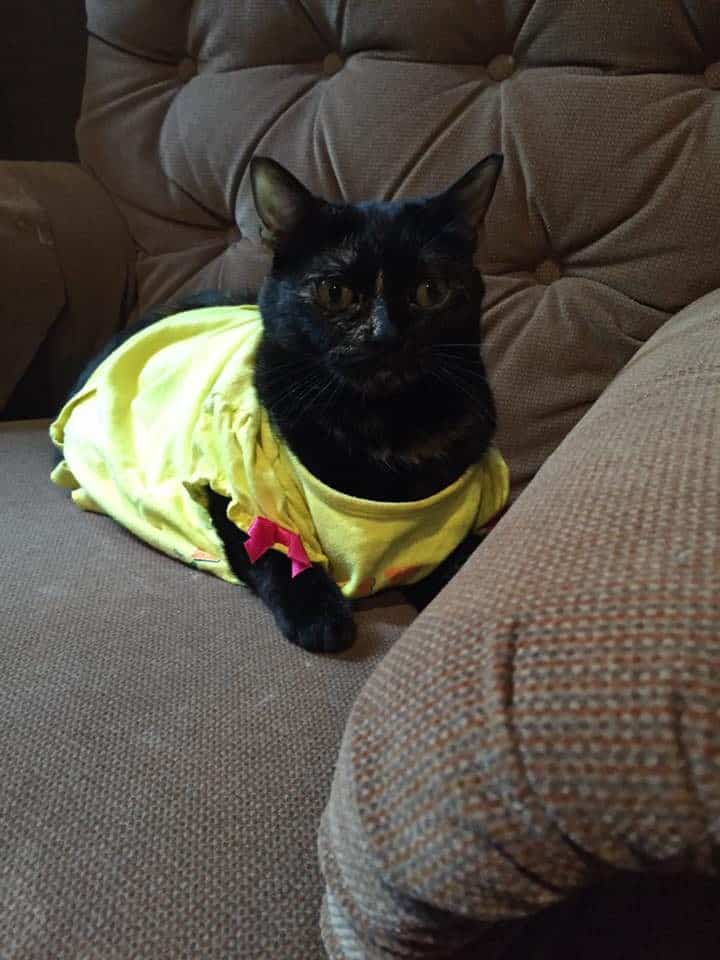 Here’s a picture of my cat wearing a baby shirt to distract you, just in case you needed a palette cleanse.

Based on the comic book Mobile Armored Riot Police: Ghost in the Shell written by Masamune Shirow, Ghost in the Shell remains one of the most visually striking pieces of animated cinema of all time, despite being over two decades old. The film follows the assault team of Public Security Section 9, more specifically its leader, one Major Motoko Kusanagi, as they track down a hacker known only as The Puppet Master.

The film is not perfect; it’s overly complicated, misses key elements from the source material, and, upon first watch, really takes too much to understand what the hell is going on. But, shut up about all of that, because it doesn’t matter. It’s just a freaking great film. Every scene is studded with detail and nuance, and gallops forward at a pace that demands that the audience keeps up with the plot and action. However, despite its quick pace, it’s a surprising subtle film with a deep message, and one that, upon rewatch (which you absolutely will do because this movie is that great), really ingrains itself into you. Ghost in the Shell is not a movie that will let you forget what it stands for. 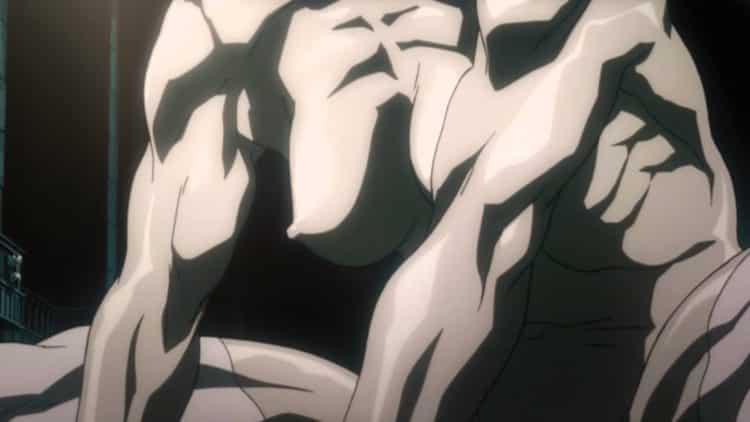 Another thing to keep in mind when taking a look back at Ghost in the Shell is the impact it had on animation as a whole. It smoothly combined the more traditional, hand-drawn animation style (known as cel animation), with CG work. Filters were used to distort the front background and pull the far background out of focus, and unconventional lighting techniques were chosen, all in an effort to put the audience in the place of the Major; out of touch in a world you should know.

Fun fact: Major Kusanagi rarely blinks. This is because she is mostly a robot, and the director wanted her to have a more doll like appearance.

Another fun fact: There are a good number of basset hounds in the Ghost in the Shell franchise. They are not in the comic. The director just really likes basset hounds. 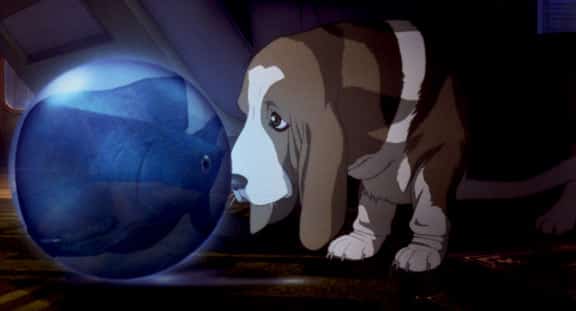 Who couldn’t love that face, though, come on?

The music is also stand out amazing. I mean, listen to this noise:

Just in case you wanted some more trivia, the lyrics are actually from a traditional Japanese wedding song. The rest is a mix of Bulgarian folk music and whatever the composer thought people in the future would listen to. So, that’s neat.

Ghost in the Shell is also significant in that it was one of the first anime films to be released in America and the UK at the same time it came out in Japan. This may partly be due to the British production company helping to back it, but it was also entrusted to be the gateway drug for anime to work its way into American culture. And that legacy has lead to such things as this.

After this 1995 film, there’s been three films (four if you count the re-release of this one in 2008), a television series, and a crap ton of video games, all following the Major alternatively kicking ass and tackling issues of identity in a new age of technology. So, when asked if I was going to watch this new film, my answer is, “I dunno.” I don’t know how much of this world and this character hasn’t already been covered by the outstanding media that’s been steadily pumped out for the past twenty years. I dunno what the dude who made the snore fest that was Snow White and the Huntsman could do with it that would be worth the babysitter and ticket money for me to go check it out.

Plus, I got this one on DVD, so I can watch it whenever, so what else do I need?

Just one more puppy picture, for the road.