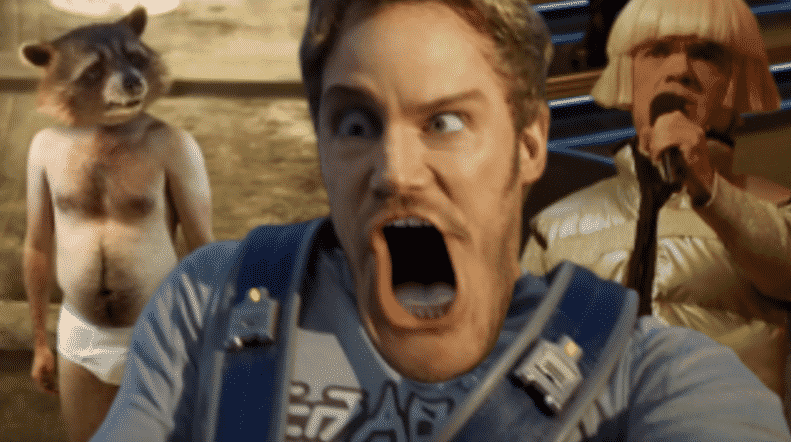 I’m going to be honest now, I watched the shit out of Aldo Jones’ Justice League Weird Trailer to the extent that I can’t watch the actual trailer without expecting to see Bruce Wayne dancing like a demented mannequin to the tune of ‘Take on Me’ by a-ha.

So I guess I should be happy that the brilliant editor has release a new ‘Weird Trailer’, this time for the highly anticipated Guardians of the Galaxy: Vol 2, just in time to forever ruin the original. Read on to check it out below.

The trailer that Jones has modified is in fact the second trailer released for the James Gunn directed sequel and whilst I could try and describe the craziness. It’s probably better that you check it out for yourself.

It’s good to see that the titular team are going to be meeting up with Peter Parker long before the events of Avengers: Infinity War and it even looks as though he’ll be laying some moves on Gamora. I also have to add that I genuinely chuckled to myself when Peter’s father was revealed to be ‘Soace Dad’ from the DreamWorks film, Megamind.

You can check out the non-weird version of the film, when Guardians of the Galaxy: Vol. 2 hits theaters May 5th.

Oh, and just for the hell of it….here’s Bruce Wayne dancing to a-ha in various films.

What do you think? What was your favorite part of the trailer? Does the film need more Moleman? Let us know below!