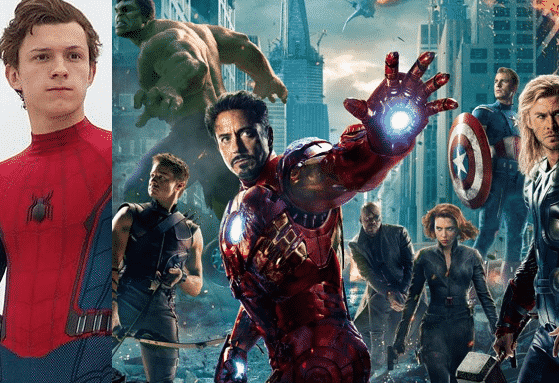 With everybody’s favorite wall-crawler became a fully fledged member of the MCU, people have been speculating as to how his world will connect to the one that Marvel have been creating over the last nine years. Now, thanks to a recent report, we have some idea as to how Spider-Man: Homecoming will tie in. Read on to find out more.

The report comes courtesy of ComingSoon.net who reveal that the opening of character’s upcoming solo film will take us all the way back to the ‘Battle of New York’ or The Incident as it has become known in the various Netflix series. According to the site:

“The film literally begins in the shadow of Stark Tower, now with its trademark “A” still hanging on. Michael Keaton’s Toomes has arrived with his boys to begin the clean-up process, a nice little contract he’s picked up for his salvage business, only to be stopped by the Department of Damage Control (a nod to the classic Marvel comic series) who are taking over the clean up and send Toomes away. Following that, and the Sony and Marvel logos, things will jump into the middle of Civil War, just after Tony Stark has recruited Peter to his side of the fight. A montage will show Peter’s exploits in leaving New York, riding on a private jet to Germany, and taking place in the big airport fight. We’ll also see what he did right after that, hanging around in Europe… literally, as he explores the world in his brand-new Spider-Man suit.”

This description does match up with what we already know about Adrian Toomes’ motivations for becoming The Vulture in the film, as well as the confirmation that Damage Control will be making it’s MCU debut in the film.

It’s also interesting because it explains what happened to Tom Holland’s Spider-Man between the airport battle and his return home to queens during the events of Captain America: Civil War.

It’s good to see that they are embracing the franchise’s history, although I’m still secretly hoping that the boy in the Iron Man mask who is saved by Stark at the end of Iron Man 2, actually turns out to be a young Peter Parker. We’ll find out when the film swings into theatres July 7th.

What do you think? Do you like the sound of this opening? Do you think Parker had a stopover in Amsterdam? Let us know below!