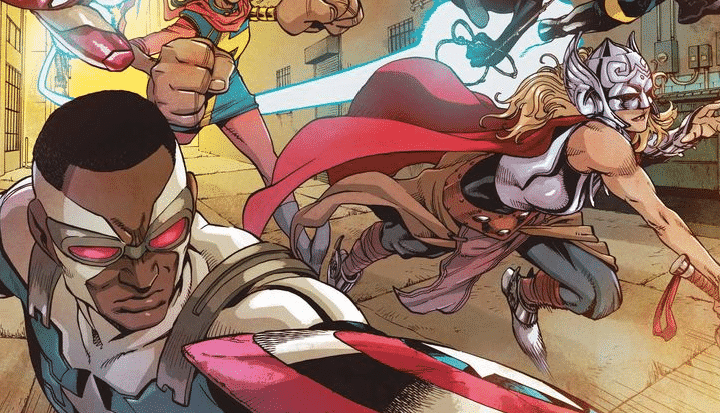 It’s been no secret that Marvel Comics have been taking a bit of a pounding in the sales in recent times. Many attribute this to constant reboots and ridiculous retconning of classic characters, but the Vice President of Sales with Marvel, David Gabriel, has come up with another theory as to why sales are flagging – the fans. Read on to find out more.

In an interview with ICV2 at a retailer summit, Gabriel was asked about the changes in the tastes of comic fans, to which he revealed:

“What we heard was that people didn’t want any more diversity. They didn’t want female characters out there. That’s what we heard, whether we believe that or not. I don’t know that that’s really true, but that’s what we saw in sales. We saw the sales of any character that was diverse, any character that was new, our female characters, anything that was not a core Marvel character, people were turning their nose up against. That was difficult for us because we had a lot of fresh, new, exciting ideas that we were trying to get out and nothing new really worked.”

Naturally many fans were upset at this notion, given how many new characters, such as the new Ms. Marvel, Kamala Khan, and Spider-Gwen are receiving acclaim for their new take on characters. Many fans instead attribute Marvel’s recent failings to it’s constant rebooting, with a new reboot expected later in the year despite the last taking place less than two years ago. As previously mentioned, it’s also some of the company’s storylines which have turned away fans, the most notable being the change in Steve Rogers’ history which led to him becoming a sleeper agent for the terrorist organisation, Hydra, something which many fans believed to be an insult to characters creators.

Due to all the negative feedback attributed to the quote, Gabriel actually contacted ICV2 to issue a statement correcting his initial remarks. In it he explained:

“Discussed candidly by some of the retailers at the summit, we heard that some were not happy with the false abandonment of the core Marvel heroes and, contrary to what some said about characters “not working,” the sticking factor and popularity for a majority of these new titles and characters like Squirrel Girl, Ms. Marvel, The Mighty Thor, Spider-Gwen, Miles Morales, and Moon Girl, continue to prove that our fans and retailers ARE excited about these new heroes. And let me be clear, our new heroes are not going anywhere! We are proud and excited to keep introducing unique characters that reflect new voices and new experiences into the Marvel Universe and pair them with our iconic heroes. We have also been hearing from stores that welcome and champion our new characters and titles and want more! They’ve invigorated their own customer base and helped them grow their stores because of it. So we’re getting both sides of the story and the only upcoming change we’re making is to ensure we don’t lose focus of our core heroes.”

We’ll have to see whether these changes that the company have in mind will have any effect, but they will definitely need to do something major to find themselves back on the level they once were. Time will tell.

What do you think? Do you still follow Marvel comics? What turned you away if not? Let us know below!