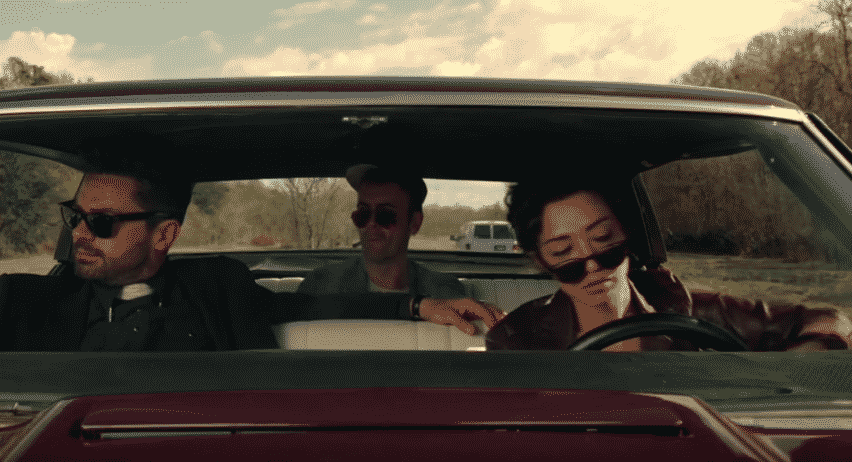 It’s fair to say that Seth Rogen and Evan Goldberg’s televisual imagining of ‘Preacher’ was a roaring success. A love-letter to the original comics created by Garth Ennis and the late Steve Dillon, it was packed with gallows humor, hauntingly memorable visuals and special effects. Oh, and Violence. Lots of graphic, brutal violence….

Unsurprisingly, a second series was quickly commissioned off the back of the critical praise for last year’s debut episodes, and the trailer for the new season has now landed online.

The new footage establishes that the show has lost absolutely none of the irreverent tone that made last year’s season such a success, and the action is picking up right where things left off, with our trio of oddball heroes off on a road-trip to find God. (Though not in the traditional sense of the concept, but instead because he’s gone missing).

Given the fact that (Spoiler Alert), pretty much all of the supporting cast were wiped out in the widespread explosive destruction of Annville at the end of Season 1, it’s likely that very few will be returning for much more than a cameo.

The footage does however confirm though that Ian Colletti’s ‘Arseface’ will still be playing a part in proceedings, despite having been mistakenly condemned to an eternity in hell. Also returning will be fan-favourite ‘The Saint Of Killers’, as portrayed by Graham McTavish.

Whilst The Saint is believed to be the main antagonist for the new series, having murdered his way out of Hell in order to find and kill Jesse Custer, he won’t be he only enemy that our reluctant hero crosses swords with. The trailer shows what appears to be a run-in with a group of gun-toting ‘Furries’ (that’s people who have sex in animal costumes, to you and me…), which is totally in keeping with the tone of the story so far.

There’s every indication that this season will be as successful as the last, even if only for the roaring 80’s soundtrack. Joe Gilgun’s demented Cassidy appears to have adopting the role of the rebellious child to Tulip and Jesse’s dysfunctional parents, and the footage is filled with car-crashes, fist fights and firearms

Season 2 of AMC’s ‘Preacher’ will land on Sunday June 25th.