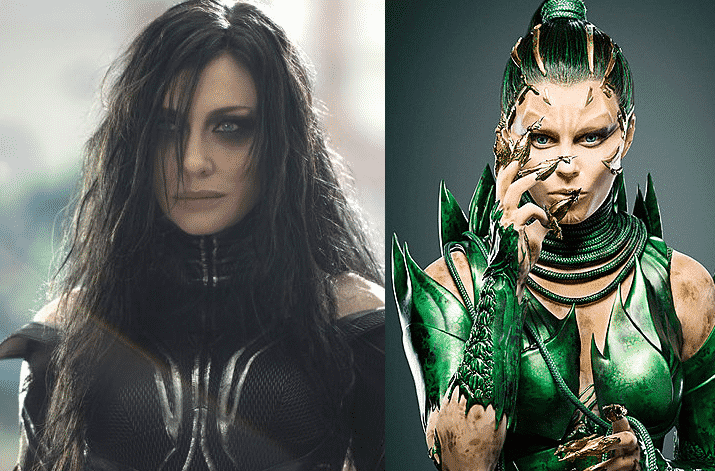 Although superhero movies continue to reach all new highs, their villains have been mostly hit or miss over the years. The all-new trailer for Thor: Ragnarok that just hit, however, seems to be very promising on that front. We’ve been given a new look at actress Cate Blanchett as Hela – and she might be one to remember.

Many fans have praised Blanchett’s appearance and portrayal, but one actress, Elizabeth Banks of Power Rangers fame, seems to have a different opinion. She hilariously took to Twitter and decided to call out Blanchett, suggesting her character’s Power Rangers design was stolen.

Rita Repulsa and Hela definitely have similar looks, a resemblance that perhaps really is easy to point out. They both seem to possess a borderline gothic aesthetic, with calmly menacing expressions. Although Hela’s design is rather appropriate, considering it pays close attention to the original comic book character’s design.

The comparisons are likely to continue as we get closer to the film’s release.

What do you think, could Hela be taking the look of Rita Repulsa? Or will both characters be able to stand on their own? Let us know in the comments section below!