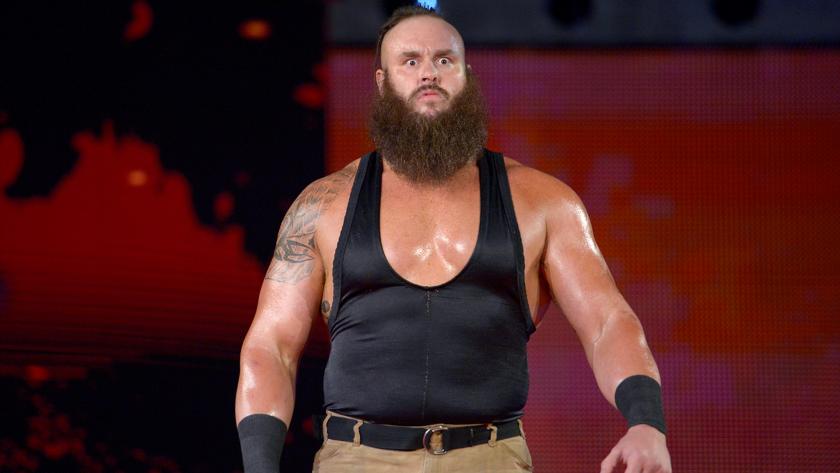 WWE fans were treated to a bit of a throwback on Monday night. Brutal backstage beatdowns were a staple of the Attitude and Ruthless Aggression eras, but they’re rarely seen on the current PG product.

But during and interview with Michael Cole, Roman Reigns was attacked by a rampaging, roaring, slobbering beast. No, it wasn’t a rhinoceros; it was Braun Strowman. He tossed Reigns around like a rag doll for several minutes, despite the efforts of backstage personnel to separate the two.

Finally, EMTs managed to secure the seemingly unconscious Reigns to a gurney, and were headed for an ambulance when Strowman reappeared. He absconded with the patient (cue the well-placed cutaway), speeded him towards a ledge, and launched the motionless body onto the concrete, several feet below.

But he didn’t stop there. After Reigns was reloaded onto a stretcher and deposited in the back of an ambulance, Strowman returned, flogging the helpless Reigns a few more times before exiting the emergency vehicle, grunting a few times for good measure, and flipping it on its side like a Tonka toy. Good times.

Remember how we said it’s been a while since we’ve seen this sort of thing? Apparently it’s been *too* long, and some fans are young enough to not recall the good old days of graphic (choreographed) violence. Rather than taking the entertainment at its face value, one fan was so upset by the brutal display that she has created a petition to WWE, asking them to fire Strowman as a result of his barbaric treatment of Reigns.

Strangely enough, there are almost 2,000 people who agree. They’ve apparently managed to be fans “for years,” while somehow missing out on the fact that the violence isn’t real. Don’t get me wrong, the athleticism is 100% authentic. These people deserve respect as legitimate athletes. But we all (well, at least most of us) know that everything is carefully choreographed to *avoid* injury.

So the fact that someone is so convinced of its authenticity that they would petition Vinnie Mac himself is rather confusing. Do they not realize that, were this attack genuine, Strowman would be in jail on assault charges?

Come on, people. We wrestling fans deal with enough of a stigma as it is. Don’t make us look even worse.

I do what I want when I want and your stupid petition won't change that!! #NoOneIsSafe #EveryoneWillFall #YourTearsHydrateMe

What do you think of this petition? Tell us in the comments below!