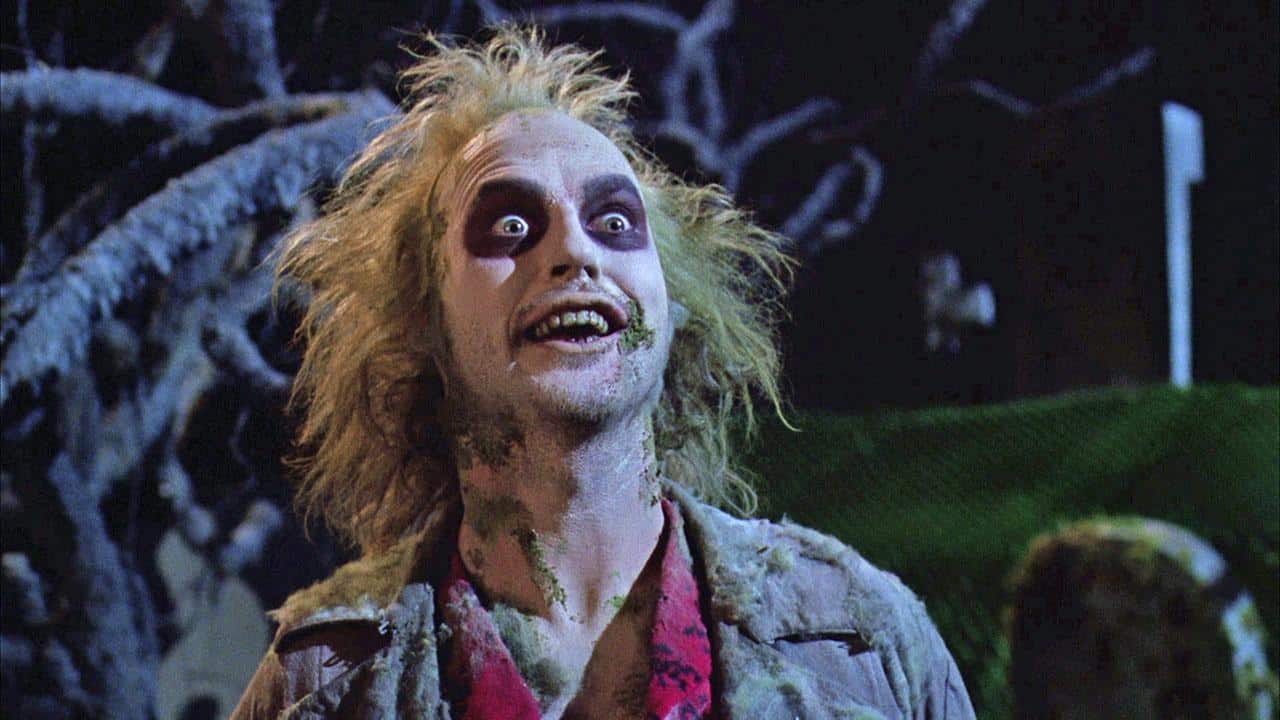 Beetlejuice is a dark comedy about a couple who dies, but are reborn as novice ghosts. They must then fight to keep their house as a new family moves in and tries to make unwanted changes to their safe haven. That little synopsis aside, I will admit that this is one of my all-time childhood favorites, and no small description will ever do this film justice. So, let me get into some further detail for those of you who haven’t watched it – and, for those of you who have, maybe I’ll give you some trivia you might not have known.

The very first thing that sticks out in my mind about Beetlejuice is the costume and set design. There is no escaping anything Tim Burton touches without seeing something completely bizarre, all of it somehow making complete sense. The glowing greens of the ghosts, twisted hallways, the use of black and white in various ways, and deathly looking characters that aren’t recognizable as humans as we know them, all just scratch the artistic surface. It’s pure Burton, and one of the reasons why this film has such a huge cult following.

Fun Fact: The skull that was on top of the Merry-Go-Round in one of the scenes looks very similar to Jack Skellington. Tim Burton had been working on that particular character since 1982, which was eventually used in The Nightmare Before Christmas.

Michael Keaton was not the first choice for the role of Betelgeuse. Shocking, I know. It is hard to fathom this iconic role with, say, Sam Kinison or even Sammy Davis Jr. playing this part. Keaton is Betelgeuse. Plain and simple. His take on what it meant to play this loud, crude, and morally defunct character is what made it so memorable. Betelgeuse was described to him by Tim Burton as “having lived in every time period, but no time period,” which gave Keaton the idea for how his character would eventually look. Fun Fact: Michael Keaton improvised many of his scenes, which took him only two weeks to shoot. He is only in the film for a total of 17.5 minutes.

Besides Betelgeuse, one of the other characters that made the film so great was Lydia Deetz. Winona Ryder played the goth teen who was emotionally removed from her family, and an only child. She was dark, overly dramatic (as an emotional teen should be) and very attracted to the strange things going on in her house. She eventually befriends the undead Maitlands, and their chemistry moves the story along in a refreshing way. She has an iconic scene where she sings “Day-O (The Banana Boat Song)” and the Maitlands use their spiritual powers to great effect while she celebrates her good grades. As a child, it made me wish I had such cool ghostly friends. 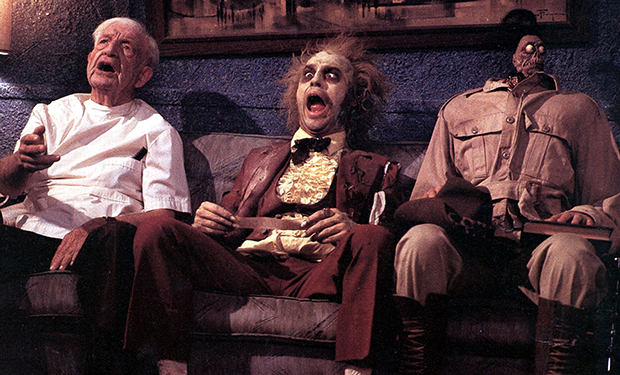 Originally, Beetlejuice was supposed to be a horror film. Betelgeuse was depicted as a winged-demon, reptilian in nature, who would transform himself into a little Middle Eastern man to interact with the Deetzes and Maitlands. Lydia had a little sister named Cathy, and she was the one who could see the ghosts. Betelgeuse was not just trying to scare the Deetzes away in the original idea for the film. Instead, he was trying to kill them. To add to the nastiness of his character, he tried raping Lydia as well.

Fan or not, there isn’t really anything bad to be said about Beetlejuice. It has everything you could hope for: Tim Burton, amazingly original ideas and imagery, and that 80’s flair. I highly recommend watching this film, and if you have kids in your life, introduce them to this and making instant fans of them.

‘The Fate Of The Furious’ Review: Dumb Fun That You’ve Come To Expect From This Franchise
Underrated Film: Meet The Feebles
Advertisement
To Top