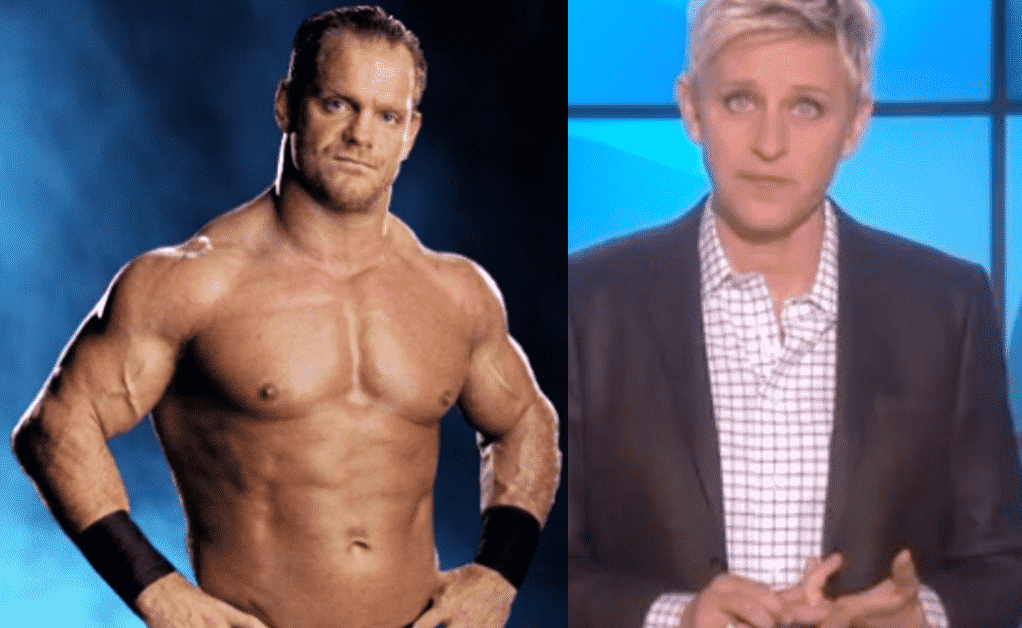 Well this is awkward. If you’re a frequent viewer of the Ellen DeGeneres Show then you’ll be familiar with the Coachella Band or Pro Wrestler segment. It’s a game in which people have to predict whether the name that appears on screen belongs to that of a band or a pro wrestler. Sounds innocent enough? Well, maybe not when you use the name of Chris Benoit’s previous alias The Pegasus Kid.

With a photo of him appearing on the big screen, back in the days when he wrestled in Japan, a masked Benoit could be seen by all. Now although Benoit couldn’t be clearly recognized by the image, anybody who follows wrestling would know that Benoit was previously known as the Pegasus Kid before going by his normal name years later.

Now, it doesn’t really need to be explained as to why this is a highly embarrassing error to those who work on the show however just to briefly recap, Benoit was one of the most talented wrestlers in the industry before he murdered his wife and son. Killing himself days after, there was much controversy as to what led to these series of events.

The theory as to why he committed such an act have varied over the years however most people agree that his history with depression mixed with years of brain damage from multiple concussions were contributing factors to what led him to the crime.

Since then, his name has largely been erased from the WWE due to the sensitive nature of what transpired however it seems as if someone didn’t do their research when putting together the Coachella Band or Pro Wrestler segment. As you can see from the image below, WWE All Results Facebook page have posted a picture from the show.

Now I’m sure after the airing of this episode there were plenty of red faces in office.

There’s a Chris Benoit movie reportedly in the works, and while the alleged actions of the wrestler are terrible (to put it lightly), we still don’t think the movie should ‘vilify’ the wrestler – and here’s why.

Would you have recognized Benoit from the image? Did you know that he previously went by the name of Pegasus Kid? Sound off down below!