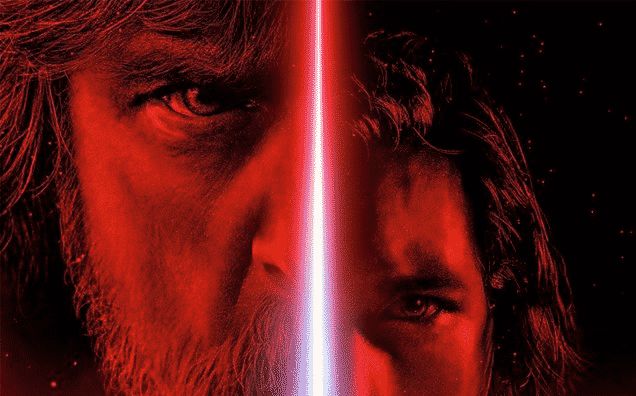 Lucasfilm’s Star Wars: The Last Jedi teaser trailer was finally revealed at the 2017 Star Wars Celebration event in Orlando. Along with that, a very impressive and ominous movie poster that impressed tons of cheering fans.

The content contained within each brings up other theories to supplement already existing ones.

Will There Be A New Faction?

There had been talks of further sagas going beyond the original 9, so perhaps this is a segue into the Grey Order of Jedis? Kathleen Kennedy said they were talking about the future of the franchise involving more sagas (Star Wars 10 and beyond?), but she is considering fan response to be included in their decision making, according to Slash Film.

The Grey Jedi is considered non-canon, according to Screen Rant. Some believe this concept is simply fan-driven, but one couldn’t put it past Lucasfilm to go ahead and move forward with this idea.

Apparently the concept of those leaving the Jedi order and not going to EITHER side has existed since The Phantom Menace, according to a Star Wars Wikia page. Perhaps Lucasfilm may wind up using this concept and fashion it in their own way?

Author Pablo Hidalgo gave his take and doesn’t even “get” this theory.

I don't get the 'gray Jedi' thing. You're either a Jedi or you're not. It's like being a 'gray vegetarian' who eats meat.

Luke Skywalker says, “It’s time for the Jedi to end” in the trailer. This could put the kibosh on the whole “Grey Jedi” faction or come close enough by just simply bringing balance to the Force. If the latter is the case, this would mean Jedi would no longer be needed to enforce and come against those on the Dark Side.

Will both the light and dark sides of the Force wash each other out in this final saga?

Anyway, here some points of interest when it comes to the poster’s artwork and teaser trailer. It seems these two pieces of media may further reinforce a theory going around about Luke Skywalker walking the line between the light and dark sides.

The movie poster show’s Luke and Kylo split between Rey with her lightsaber. Notice the red coloring on top and blue on the bottom with a transitioning neutral color in between (an area of grey?). This could indicate a further focus involving a conflict between Kylo Ren and Luke considering Kylo, a.k.a. Ben Solo, had gone off to the Dark Side

Everyone is familiar with the Ying/Yang symbol, but in Star Wars mythology, is there something in between?

During the course of The Last Jedi trailer, it seems we hear Daisy Ridley’s character Rey mention “balance” as the visual of a symbol of sorts comes on screen.

This symbol in The Last Jedi looks very close to they Grey Order symbol as seen in so many non-canon sources, wiki sites, and so forth. Could that symbol in the movie trailer be indicative of becoming part of the franchise’s continuity? Of course, Lucasfilm could reach an accord where they’ll use that symbol to indicate balance being brought to the force and not move forward with any kind of “Grey” faction.

No Longer Will The Force Be Polarized?

Will we eventually be introduced to an un-polarized and expanded Star Wars universe?

One could say it’s more of a challenge to a Force wielder who can balance out the Force altogether rather than to be divided on either front. A challenge we as humans have, which is something that can be relate-able to the audience. An ebb and flow of sorts that can hopefully straighten the course of its flow.

Do you think Rey is the chosen one to bring this balance?

So maybe there won’t be a “Grey” order, at least in name, but perhaps it would make more sense that still therein lies the existence achieving balance to the Force and it looks like The Last Jedi teaser trailer and poster could reinforce this.

What do you think of all this analysis? Be sure to tell us your thoughts in the comment section below!

Do WALKING DEAD Fans Not Appreciate Good Storytelling – Or Are They Faking It?
Why Josh Brolin Isn’t A Good Choice To Play CABLE
Advertisement
Advertisement
To Top