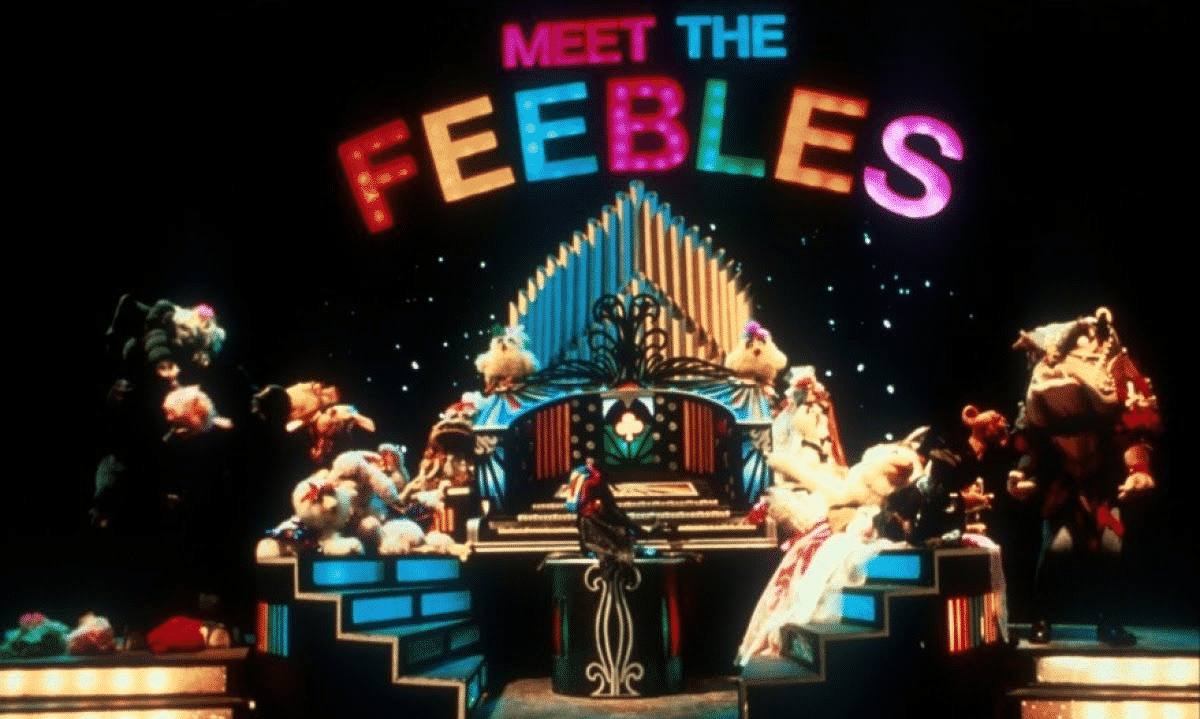 When you think of epic films, Peter Jackson is pretty high up there on the list. The man was able to bring the massive world of J.R.R Tolkien’s Lord of the Rings trilogy and prequel to the big screen, which will never be duplicated again.

Peter Jackson even gave it another go on an epic scale by bringing a classic piece of cinema that defines art for a new generation with King Kong. Granted that film wasn’t a massive hit like the Lord of the Rings films, but it still was a beautiful sight nonetheless.

Jackson has had a long history in the director’s chair that goes back further than Tolkien’s books, further back than The Frighteners, further still past Heavenly Creatures. I’m talking about a time when Peter Jackson did not give a f&*k what people thought of his films and dabbled a lot in the realm of dark comedy. I’m talking about the glorious hidden gem that’s called Meet the Feebles.

When the film starts, a tune is sung by a group of characters that sum up the gist of the film:

“Meet the Feebles. We’re not your average ordinary people.”

Alright, I’ll just come out and say that Meet the Feebles is like if Peter Jackson decided to make an adult and grotesque musical with puppets while tripping out on LSD. If that is not your bag or if you’re not even remotely curious, then close your laptop. 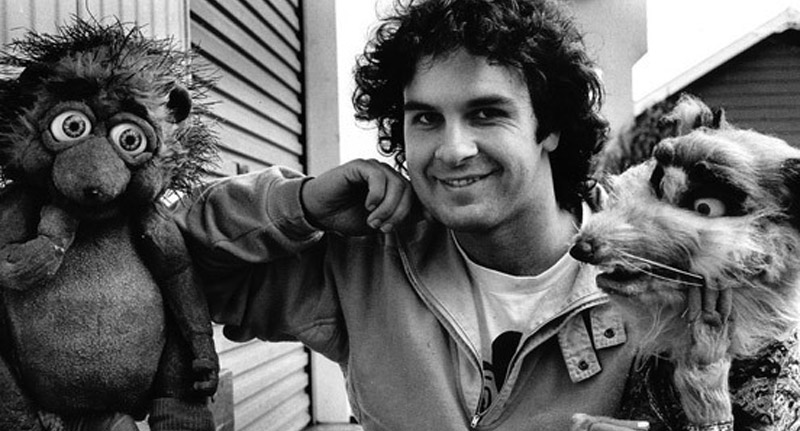 The story is a classic tale of a group of talented folks that are aiming for one common goal, and that is to make their names in show business. In order to do that, Bletch (a large walrus in the midst of a large drug deal) has put together an hour long variety show filled with talented actors, singers, and dancers on stage in front of a live studio audience. Leading the group, and some of the story, is a hippo on the verge of going over the edge of sanity, by the name of Heidi.

Another character that is worth sticking with is the lovable hedgehog called Robe – he’s the one you’ll be rooting for. The rest of the film has a series of subplots that are titled Sexcapadesi, The Elephant and the Chicken, The Show, and The Big One that features the remaining cast in a not so flattering light but get what they deserve.

As previously mentioned, the comedy is dark, and I mean really dark. There are certain parts of the movie that will make you cringe because of how far the jokes go and mainly aims to leave your mouth agape. The fact that it’s all done with puppets puts it on a level that all our dirty minds went when we got older and imagined what would have happened if Sesame Street was set in the red light district. So prepare yourself to say “oh my god” and “what the f&%k” a lot. 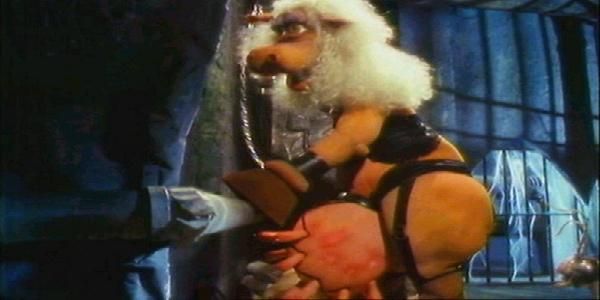 The direction? Well, it’s bad, but that ‘good’ kind of bad. This film was Jackson’s second feature length film and you can see how rough around the edges he was. However, given that the film was made on a shoestring budget, you can give it a pass. To give you an idea of how cheap the budget was, most of the actors played multiple roles.

Another telling of how low the budget was is when one of the characters gets a hold of an M60 rifle. In normal films with disposable income, blanks would be used. In Meet the Feebles, nope. Real shots were fired and you can see the carnage the character leaves behind in classic puppet bloody glory. 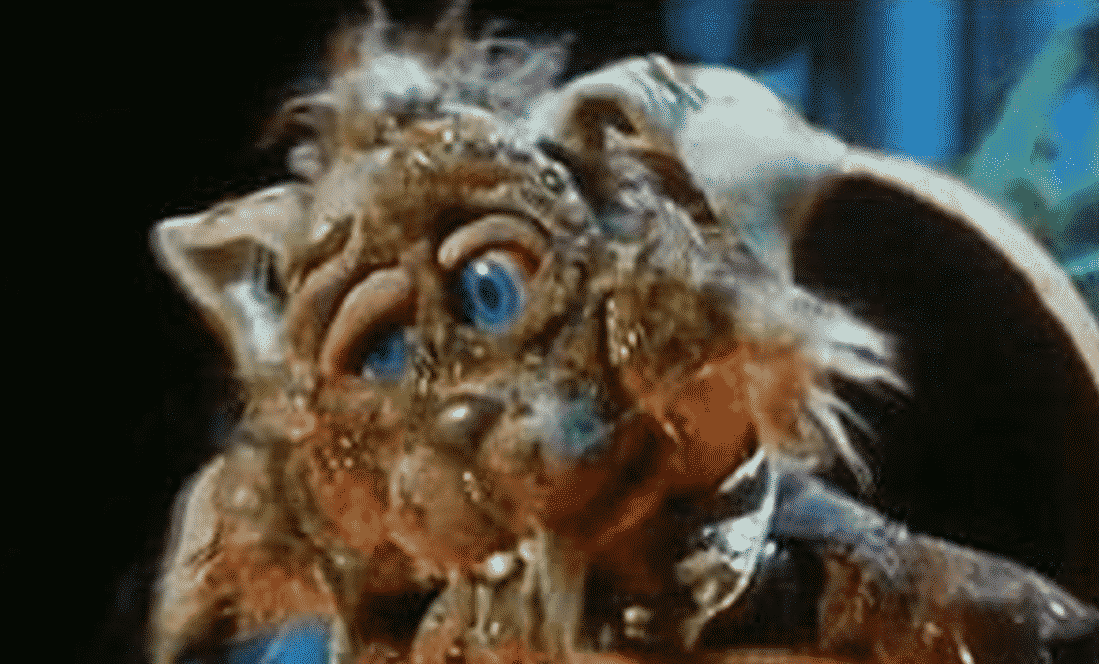 After Meet the Feebles, Jackson would have another go in the world of dark comedy with Braindead (Dead Alive) before going on to make a name for himself in Hollywood with Heavenly Creatures; the rest is history. This movie isn’t Peter Jackson at his finest, but it’s a great way to see where he came from in cinema. It’s one of those really hard to find movies and a lot of people who know who Peter Jackson is that I’ve talked to had never heard of it.

If you find a copy of this in some hidden video store (if those still exist), a bargain bin at a thrift store, or even in a garbage can, give it a watch and make sure your puke bag is nearby.

Grade: B (if you’re into this sort of thing)

Continue Reading
You may also like...
Related Topics:Meet The Feebles, Peter Jackson