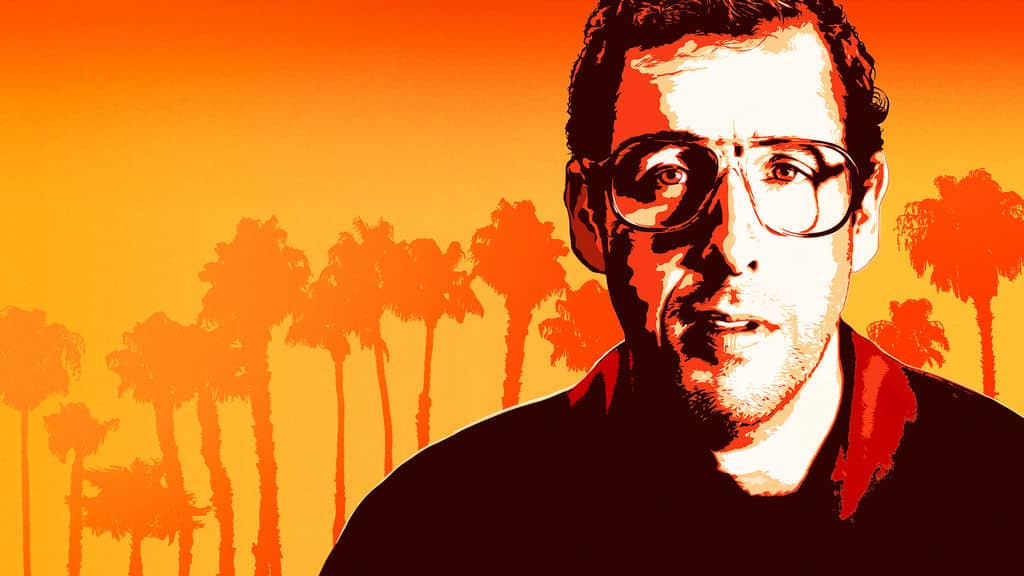 No name brings as much fear to the average film fan than Adam Sandler. Despite proving himself as a talented comedian and even an impressive dramatic actor (Punch-Drunk Love is still a favorite of mine), his most recent work has been synonymous with laziness and ineptitude.

Many felt that a move to Netflix would be a good one for Sandler, giving him the creative freedom to try and tap into his old comedic heyday. While his first two films were slight upgrades over Grown Ups 2, they still lacked laughs. Sandler looks to buck that trend with Sandy Wexler, which follows a talent manger in the 1990’s who stumbles upon a talented singer.

Maybe its a byproduct of low expectations, but I had a shockingly decent time watching Sandy Wexler. While its not saying much, this is Sandler’s best film since Funny People, stringing together enough laughs to make up for its noticeable flaws.

Out of all the silly caricatures Sandler has played over the past few years, Sandy Wexler is actually one of the funniest. His oddball accent can be grating to some, but Sandler brings the character to life through some funny oddball quirks. Simple bits like in which Wexler apologizes to all the clothes he didn’t wear that day is actually funny, as Sandler throws in a lot of little touches to bring the camera to life.

Like any Sandler joint, this film has a huge celebrity cast. Jennifer Hudson gets one of her few big roles since her Oscar win in Dreamgirls and brings some charisma to the role. Surrounding the leads is a list of celebrities that would be longer than this entire review (Kevin James, Judd Apatow, and Chris Rock are just some of the few), but for once the celebrity cameos actually work with the story and have some funny moments. 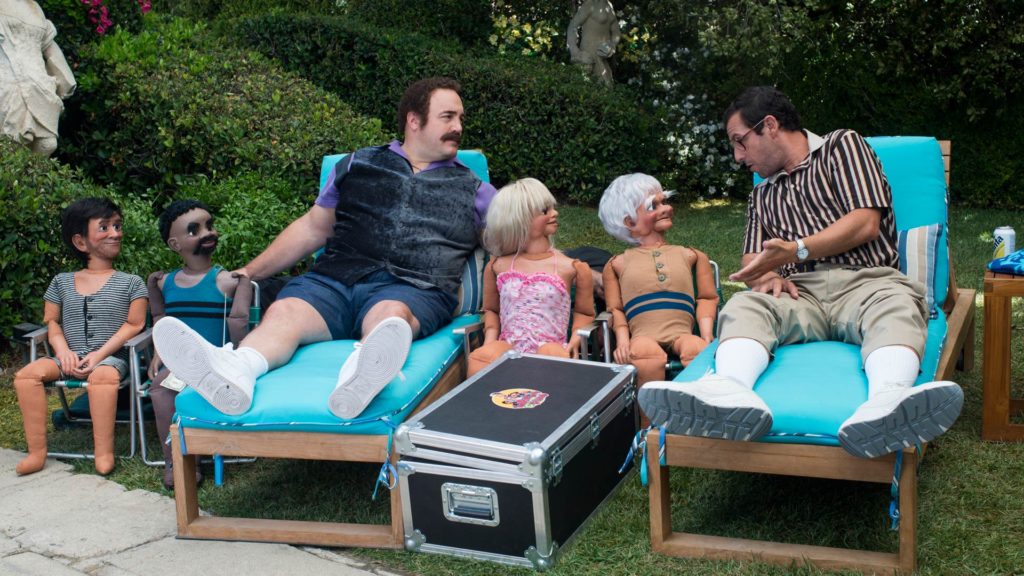 Humor-wise, this film is a lot less safe than a lot of Sandler’s previous films, which plays into its favor. There are a lot of oddball gags that pay off surprisingly well, as its enjoyable just how strange the film can get. Another staple of Sandler filmmaking is the over-the-top schmaltz, but the schmaltziness here is semi-effective. With this film being based on Sandler’s real-life agent Sandy Wernick, Sandler brings the character to life with an endearing charm that makes the character lovable even through his pratfalls.

Still, Sandler struggles at formulating any sense of a story. While there is the basic conceit of one, the film aimlessly just follows Sandler interacting with his different clients. With the film running well over two hours long (a first for a Sandler feature), that aimlessness can become frustrating. A good 20 minutes of the running time could have easily been shaved off here.

For every joke that lands here, there is one that falls flat on its face. Most of the humor that doesn’t work either is a painfully obvious reference to the 1990’s zeitgeist or just lazy psychical gags. There are also a few really dark jokes that go a bit of the deep end, which make this film’s comedic tone all that more confusing.

Sandy Wexler is a promising step forward for Sandler, as he finds some of his comedic footing along with some heart. With five more Netflix films to come for Sandler, hopefully he continues to improve.