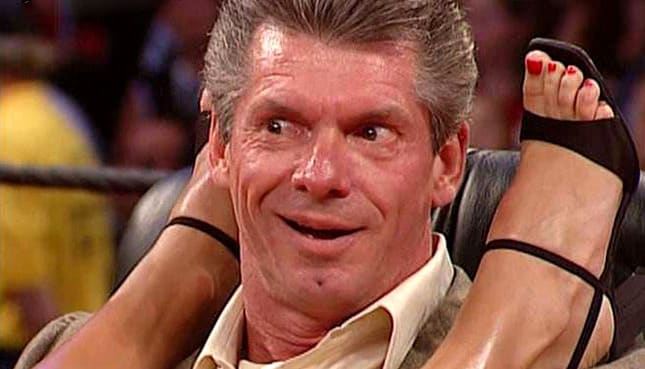 Yes, you’ve read that right! A biopic titled Pandemonium is currently in the works and will center around everyone’s favorite eccentric millionaire Vince McMahon. Directed by Glenn Ficarra who’s responsible for helming movies such as Crazy, Stupid, Love and Whiskey Tango Foxtrot,  it seems as if Vince McMahon will finally be getting the Hollywood treatment.

After taking over the wrestling business from his father in the 1980’s, he was able to revamp the WWF to a whole new audience and create the worldwide multi million dollar brand we all know and love today.

With countless stories about Vince McMahon’s antics recorded all over the internet, it’ll be interesting to see if we’ll witness any of the crazy stories we’ve all heard about such as the infamous plane ride from hell. Having been actively part of the WWE throughout his years in charge, it’ll also be intriguing to see if we’ll be witness to any of his shenanigans in the squared circle. Apparently, according to the Hollywood Reporter, Vince McMahon will be playing himself which should be enough to garner anybody’s interest in the movie.

With another film currently in the works, which will focus on the double murder and suicide of Chris Benoit, it seems as if the wrestling business will be getting some more mainstream attention in the future. Obviously, this isn’t the kind of attention that Vince McMahon will want for the WWE – however, it’s still a story that people feel needs to be told. Let’s just hope that Pandemonium can live up to one of the world’s most notorious figures and shine a positive light on the wrestling industry.

Are you excited for Pandemonium? What would you like to see the movie portray? Do you think people will be interested? Sound off down below!

Continue Reading
You may also like...
Related Topics:Vince McMahon, WWE