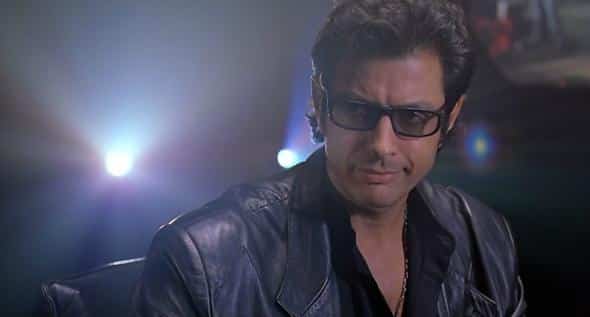 We, um, got an, ah, bit of news for you. After 20 years since his last appearance in Jurassic Park II: The Lost World, actor Jeff Goldblum is set to return as Ian Malcolm for the latest installment to the Jurassic Park franchise.

While the size of the role has yet to be talked about, it’s exciting to see the return of originals from the Jurassic Park films. With Dr. Henry Wu (played by B.D. Wong) being the only character brought back, to have one of the most iconic mains from the first two films can bring audiences into this. Jurassic Park fans can be happy to see a nostalgic genius mathematician/park insurance consultant at work again.

Not many details have surfaced for Jurassic World 2. So far, we know events of the first Jurassic World has impacted with its catastrophic outcomes, with the world knowing of their actions, and a rumored rescue of the dinos. It will feature a darker (and even scarier) atmosphere than the previous film. Oh, and more practical dinos like the original film. Just the way Spielberg would want.

Previous star (and Guardians of the Galaxy Vol. 2 co-star) Chris Pratt and Bryce Dallas Howard are also set to return for the sequel, with Justice Smith, James Cromwell and Toby Jones to join alongside. J.A. Bayona of A Monster’s Call fame will be set to direct the film with the script penned by Jurassic World director Colin Trevorrow and Derek Connolly.

What do you think about this? Are you excited for Jeff Goldblum to return to the Jurassic Park franchise? Be sure to tell us all of your thoughts in the comment section below!