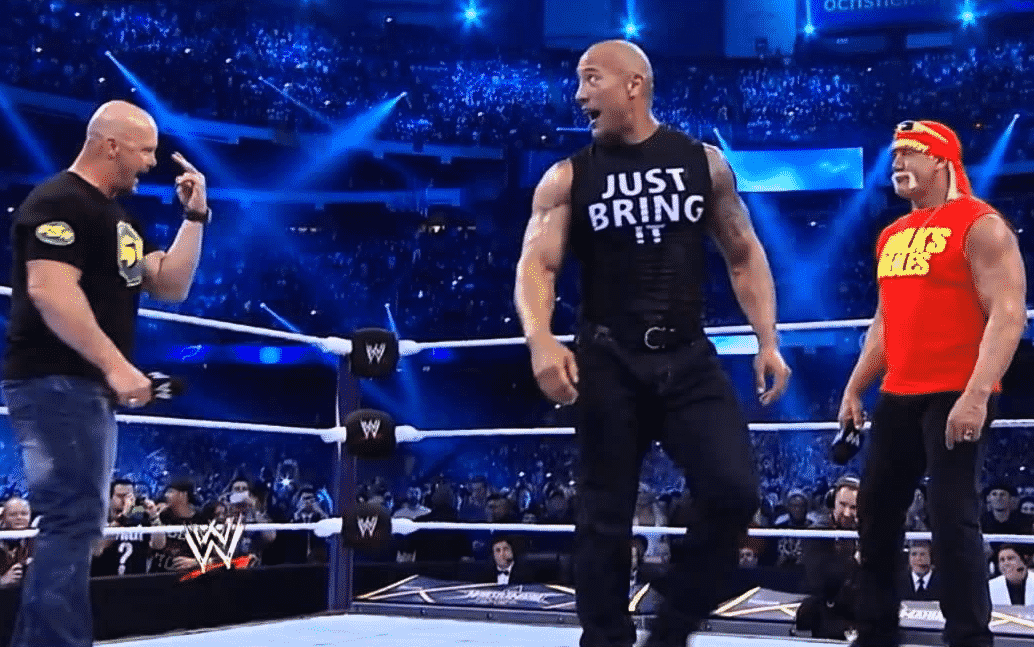 Would you like to see Hulk Hogan return to the WWE?

At the moment, this is only a rumor, so take it with a grain of salt. But, according to SportsKeeda, it’s close to happening. As evidence, they present the fact that Hogan’s personal store in Orlando is suddenly selling WWE merch, when the two entities have ignored each other’s existence for the last few years.

You’ll recall the one-two punch of scandals that plagued the former star, when a leaked sex tape (shudder) was followed by a recording of a racist rant going public. It had the potential to hurt the brand pretty badly, especially in this PG era of programming. Not to mention the fact that Hogan’s image had always been that of the strong, honorable guy kids could look up to. He was basically his generation’s John Cena – just imagine the impact it would have it Mr. Hustle, Loyalty, and Respect were to do such a classless thing. Hulk’s removal from the company was swift and thorough. He didn’t quite get erased at Benoit levels, but it was close.

However, Hogan and Vince McMahon always seem to make up eventually. He was allowed to return in the past after jumping ship for WCW, and even after testifying against McMahon in court during the steroid scandal. So it’s hardly unthinkable that he could be welcomed back yet again, as long as Vince believes the public has forgiven Hulk’s transgressions.

If Hogan does return, however, there is one current superstar who would like it – Finn Balor.

Balor exclusively told us back in November that he’d be open to the idea of Hogan returning:

“Obviously, the expression is [that] anything can happen in the WWE, and me as a fan, I would love Hulk Hogan to come back. I don’t know if that’s possible, but a lot stranger things have happened in the past, and it’s not out of the realm of possibility one bit – and I’d love it. If I got an opportunity to wrestle Hulk Hogan, that would be even better.”

So, what we want to know is, have you? Do you think this return is a good idea, or do you wish he would just go away and stay gone? Tell us your thoughts in the comments below!