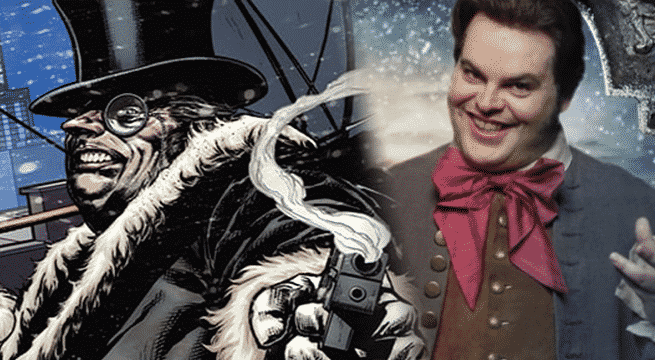 I one day envision a future where every actor and actress will be aligned with either DC or Marvel, so it would make sense for those in Hollywood to pledge their allegiance to their chosen side now. This may be the case with Beauty and the Beast actor, Josh Gad, who has seemingly teased a possible role. Read on to find out what it is.

Taking to his official Twitter account, the Frozen star posted a picture of classic Batman foe, The Penguin. Now, as is usually the case whenever an actor posts anything Comic related, fans were quick to speculate what this could mean. You can check out the tweet below to make up your own mind.

Whilst it could be that Gad is simply a fan of the character or even the artwork by Brian Bolland, it’s also possible that he has, or is trying to get, the role in one of the upcoming DC films. It has been noted that he is also following both Geoff Johns and Chris Mackay, the latter of which is currently in line to helm the upcoming Nightwing solo film.

Gad certainly looks like he could play the part, but with his acting background being primarily in comedy films, he may not be able to carry off the sinister nature of the character.

There is currently no current release date for any of the films centred around the ‘Bat-Family’ but the last rumours had the date as early as 2018. Hopefully we will find out more in the near future, possibly during this summers Comic-Con.

What do you think? Do you think Gad would make a good Penguin? Who would you like to see in the role? Let us know below!