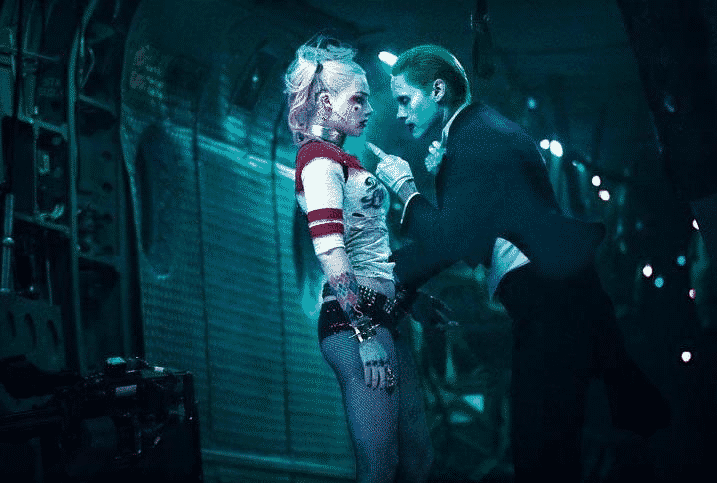 Suicide Squad is a hard film to defend. What little good the movie has is definitely outweighed by the bad. The first act is borderline incoherent, the music is out of place and obviously added after the fact, and The Joker, easily the most famous villain in comic book history, is put into a B-story that has no effect on the plot at all.

But even with all these flaws, it’s hard to blame writer/director David Ayer. It was reported he had only six weeks to write the script, and after filming was complete Warner Bros insisted on re-shoots to change the film drastically after the reaction to Batman V Superman. To this day, there is argument about what the re-shoots we’re supposed to add, whether it be more humor or color or action.  To make things even worse, after re-shoots multiple editors we’re involved with competing cuts, which may explain why the version we got feels so cobbled together.

With all these factors, you have to ask, what was David Ayer’s original vision for Suicide Squad? Did any of it survive in the final cut? There does seem to be hints here and there throughout the movie of how it was originally structured and plotted. What was cut could can easily tell us where the story was supposed to go, as Jared Leto reported that the majority of his scenes didn’t make it into the film. David Ayer’s other films also help shed a light on the original film, as he is known for certain recurring elements.

The most criticized part of Suicide Squad is its beginning, we are introduced to the characters, then reintroduced to the same characters in the Amanda Waller dinner scene. What stands out about this scene is how spliced up it is, the flashbacks seem like full scenes were filmed then cut up to fit into the intro. Some of which weren’t even included in the intro despite having the same function, Katana gets a flashback scene at forty-eight minutes into the movie, while the rest of El Diablo’s flashback scene isn’t shown till the hour and twenty minute mark.

What seems likely, is Ayer had the first act consist entirely of these scenes as small self contained stories meant to show us the character and explain how they were captured. This would have given the characters more clear arcs while giving us a better sense of their personalities. The exception being Killer Croc, it’s a bit unclear when he was meant to be introduced. He is given a description in the Waller dinner scene, with an exchange with the abusive guard played by Ike Barinholtz.

However, when Waller is assembling the squad Barinholtz goes to Killer Croc’s cell and says “you must be the new guy.” This seems like just bad editing, but it could mean that was meant to be the first time we see Croc. The likely reason for this reshuffle of scenes is that the studio wanted the film to get to the action quicker, and wanted to have the squad assembled before the halfway mark.

While it’s impossible to know for certain how the film was restructured, we already know what was cut. Jared Leto has publicly commented that his version of The Joker was at one point a large part of the film. The few scenes that remain always have to do with the relationship he has with Harley Quinn. From this we can gather that the romance between the two was meant to be the main focus within the movie.

What’s clear is that Ayer wanted to portray an abusive relationship, as has already been reported here from the rumored list of deleted scenes. The helicopter scene at one hour and sixteen minutes helps illustrates  how much was changed. What seems like The Joker throwing Harley to her death is made ambiguous by dubbed lines and an added shot of The Joker reaching out to her. Ayer most probably intended to keep going back and forth between the Squad’s story line and the Joker/Harley relationship flashbacks, so he could contrast Harley being in an abusive relationship with being in a group that accepts her.

It’s even possible that the first scene in the movie was meant to be The Joker meeting Harley for the first time; the scene has an establishing shot of the Arkham Asylum sign briefly lit up with the same color palette as the opening credits. The studio obviously did not like a superhero movie focusing on an abusive relationship, and honestly can you blame them? While it would have made an interesting film, general audiences probably wouldn’t have taken to it as well as the more action oriented superhero films.

Whats supports these guesses about Ayer’s intentions, is Ayer’s own films. A common theme in the films Ayer has either written directed, or both, is relationships. The tense mentor relationship between Alonzo Harris and Jake Hoyt in Training Day, the way Brian and Miguel form a brother like bond in End of Watch, or the tank crew in Fury becoming a family after the trauma of war, show Ayer puts relationships at the forefront of his movies. Fury is the most comparable, as it has an ensemble cast sent on a mission that tests the character’s trust in each other.

The final cut of Suicide Squad seems to support this, as by the end of the film the group seems suddenly close to one another, with Harley Quinn even saying, “You threatened my friends!” to the Enchantress. The finished film feels like it’s a rushed ending, but if the film was more character focused and less about action it would have made complete sense. It would have also made the ending incredibly depressing, as we would see Harley return to an abusive relationship rather than stay with people who don’t treat her like garbage.

Everything I described sounds like a dark character study that happens to have comic book characters in it, rather than a comic book movie. It makes sense that the studio would change the film to similar to more popular movies, I mean the influence of Guardians of the Galaxy is pretty clear. I just wish what we got didn’t turn out so messy. Hopefully, the already confirmed to be in development Suicide Squad 2 will be better.