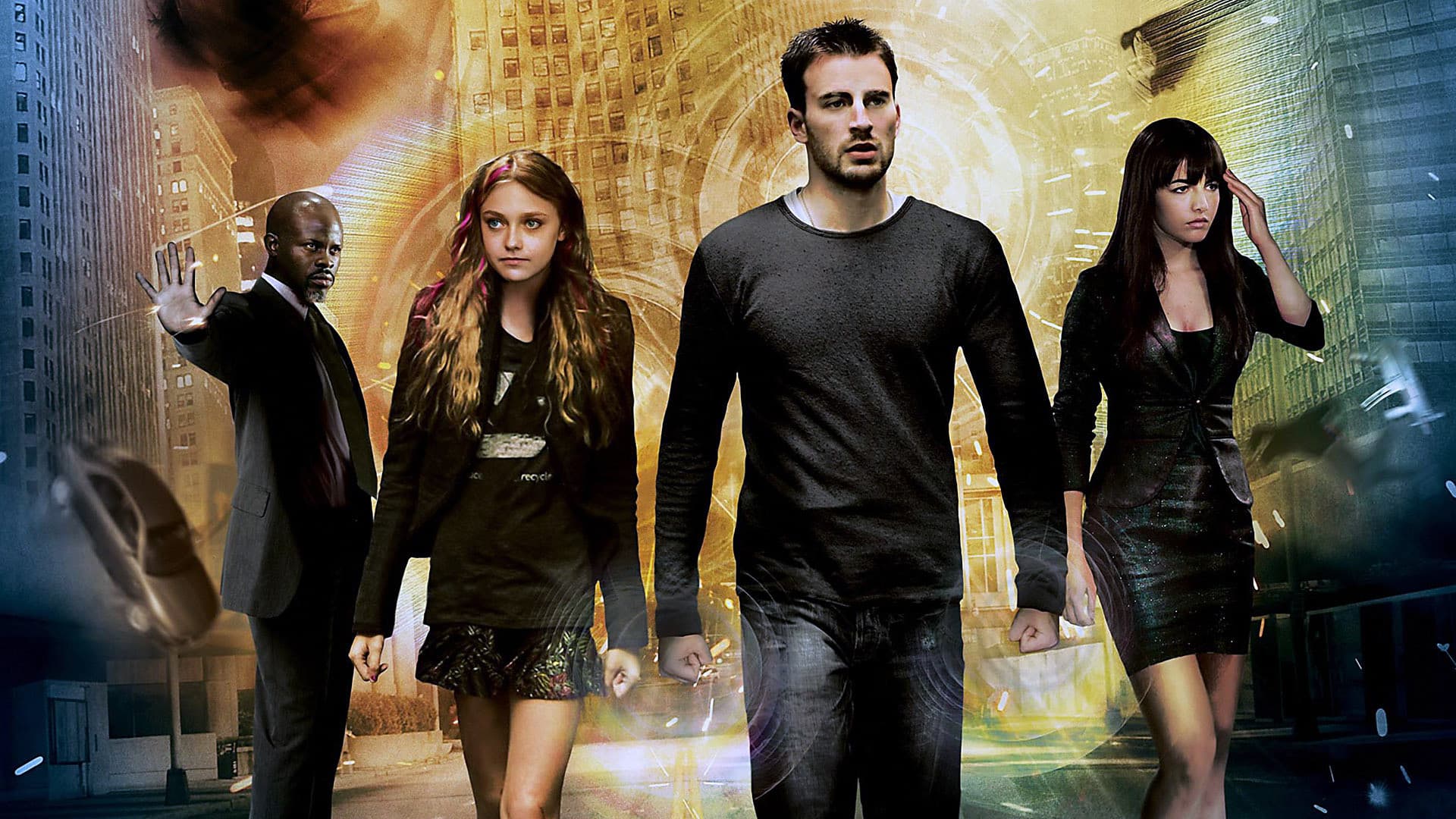 This year marks Chris Evans’s sixth in the role of Captain America, and the internet rumour mill would have you believe that he won’t be doing it for that much longer. Prior to that, film buffs will of course remember that he spent three years playing The Human Torch. But what the majority of people tend to forget is that Evans is no shining example of brand loyalty, and managed an additional two non-Marvel comic outings during the same period.

Shockingly, one of these was for arch-rivals DC, in 2010’s ‘The Losers’ where he played the nerdy Jensen. But it’s his performance as fugitive psychic Nick Gant in 2009’s ‘Push’ that absolutely nobody ever remembers. Which is a crying shame, and perhaps one of the greatest injustices in the genre. So this week’s retro review focuses on ‘Push’, and the crime that was history burying it beneath a slew of lesser comic-book movies.

‘Push’ was released somewhat unceremoniously in February 2009. The critics were unimpressed, audiences were equally un-enthused, and the movie’s tiny $10m profit ensured there was no hope of a sequel. But, I’d argue that it’s a better movie than at least half of the material Marvel has gone on to produce, and that the circumstances of its release meant it never really stood a realistic chance of success.

2009 is a somewhat anomalous year in terms of the history of comic book movies. There had already been 3 ‘X-Men’ movies, but the franchise had stalled with the messy ‘Last Stand’. As a way of pumping some adrenaline back into their property, the makers decided to focus on their star attraction, and released ‘Wolverine: Origins’. Now we all know how that worked out, but at the time, the majority of media focus was on that movie.

In terms of Marvel, during the infancy of the MCU, there was no release that year. ‘iron Man’ had somewhat unexpectedly exploded the year before, and the studio would release the sequel, and ‘Thor’ in 2010. To be fair to them, they didn’t really need to release anything. The final scenes of ‘Iron Man’ had ensured that the fans would definitely be coming back for more.

So amidst these two evolving and changing franchises, ‘Push’ suddenly landed. No spandex, no colour, and arguably no big names. Evans would be the closest thing to qualify as an A-Lister at the time. Audiences had become used to being spoon-fed well known and recognizable characters, whose Universes and backstories were already fleshed out. There was little appetite amongst cinema goers for anything revolutionary or different.

The movie was on a smaller scale than the competition had made people used to. Set exclusively on the streets of Hong Kong, it was lacking in massively destructive sequences or record-breaking explosions. There was no flashy, demented villain for the protagonist to go up against. The negative reviews made people’s minds up for them, and the seats remained stubbornly empty.

So why are the critics wrong about ‘Push’? What makes it such a good movie? The answer is that it arrived too early. Grittier and more hopeless than the Marvel movies that had gone before, it focused on the negative and destructive nature of superpowers. It’s a move that all the big studios are now heading back towards, particularly over at DC, as audiences have started to tire of Marvel’s sugary-sweet repetitive origin stories.

And whilst the set-pieces aren’t explosive, they are thrilling in terms of their execution. Organs explode and bleed under psychic attack. Evans is involved in a telekinetic shootout in a diner, where neither he or his opponent physically handle the pair of handguns they are using. And all of this builds up to a monumental royal rumble in a warehouse, where Camilla Belle mentally controls an entire Yakuza mob against her opponents.

The key strength with the film is the cast, packed with talent that have gone on to bigger and better things. In fact, Belle is possibly the weakest aspect of the movie, making for a tedious female lead. Hidden amongst the line-up are Ming Na-Wen (Agents of SHIELD), Corey Stoll (Ant-Man), Maggie Sif (Sons Of Anarchy), as well as the ever dependable Cliff Curtis and Djimon Honsou, both of who just ooze cool. 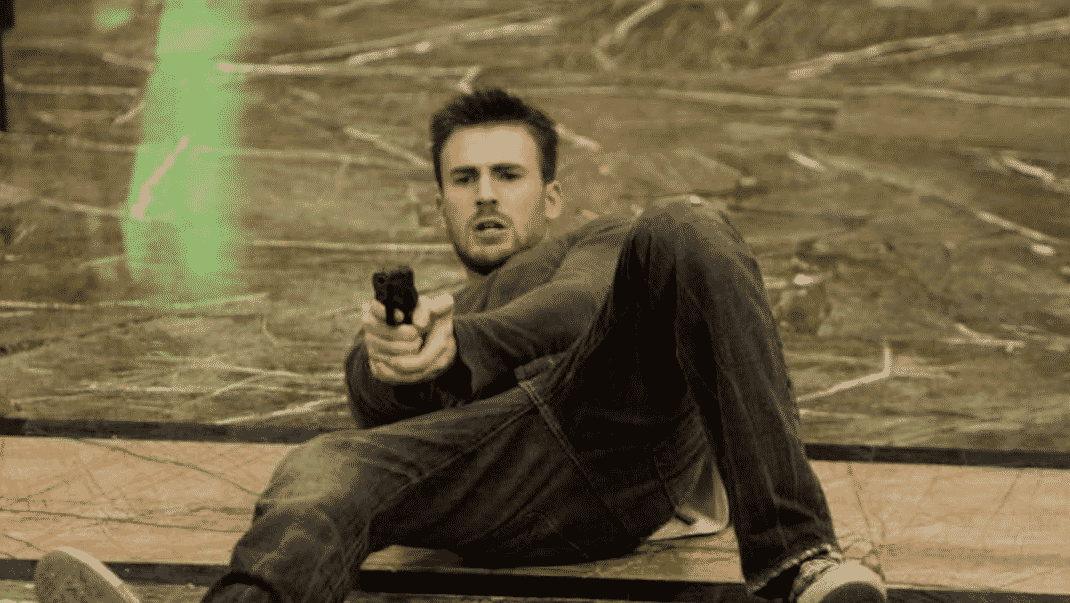 In addition to dwelling largely on the negative aspects of heroic responsibility, the movie also quite oddly chooses to categorise its psychic powers into nine distinct varieties. It’s like a cross between ‘Divergent’ and ‘Game Of Thrones’, but massively ups the ante between the warring factions, and adds a new layer that even the X-Franchise hasn’t managed to capture yet.

Put simple, ‘Push’ was too brave and too ahead of its time. If it was released today with an equivalent cast, critics would praise it for what it was attempting to do in the face of a Marvel-dominated market, rather than burying it. It’s widely available on streaming services, and if this review achieves anything at all, it’s that you’ll remember those fight sequences.

Continue Reading
You may also like...
Related Topics:Chris Evans, Push