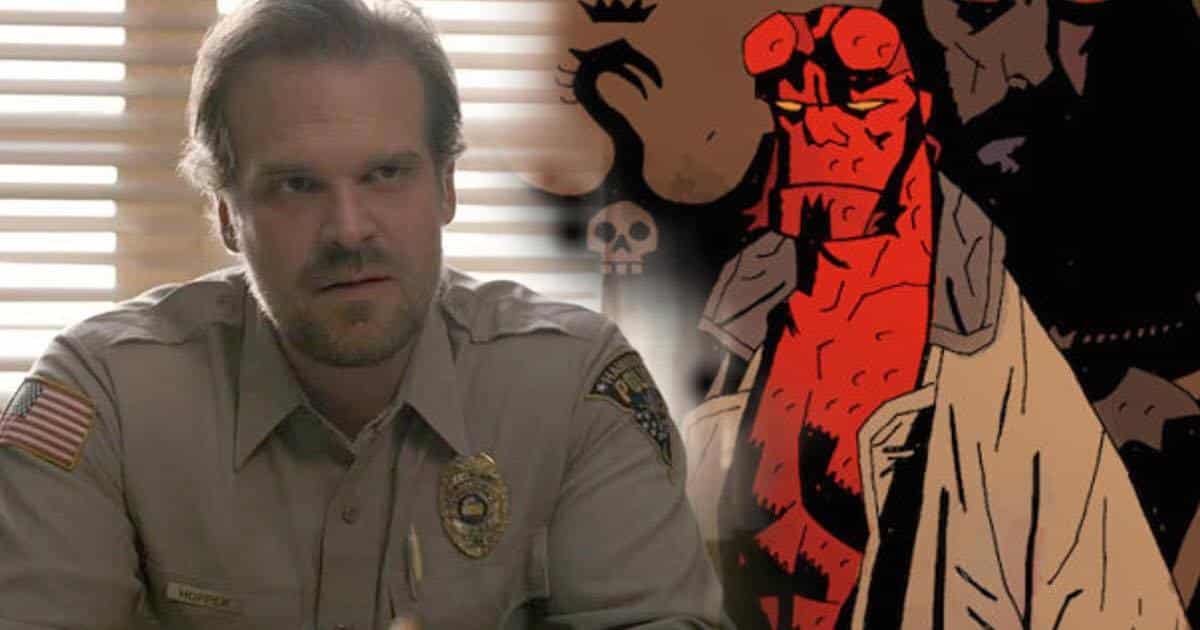 A few days ago it was announced that Hellboy would receive a film reboot. Mike Mignola informed fans that David Harbour would be taking over the role alongside an entirely new creative team, and Neil Marshall would be directing. With Marshall known for directing movies such as Dog Soldiers and The Descent, the latest Hellboy is being prepped for the R-rated treatment.

The film has the working title Hellboy: Rise of the Blood Queen, and fans have so far been largely divisive in regards to the news. Many hoped that Guillermo del Toro and Ron Perlman would be back to finish the proposed trilogy they had planned.

Now with the reboot on the way, BossLogic has taken it into his hands to create a new piece of concept art which shows how David Harbour could potentially look as the titular Hellboy.

As you can see from the picture above, it looks pretty bad ass. With many fans seemingly impressed by the casting, it seems as if we could be in for another great portrayal of everyone’s favorite demon. With the news that Judge Dredd will be receiving a TV series, things may be looking up for comic properties outside of DC and Marvel. Whether or not they’ll be able to shine a light next to their counterparts, however, is a completely different story.

So, what do you think of BossLogic’s concept art? Are you happy about Hellboy receiving a reboot? Or would you much rather Guillermo del Toro complete his trilogy? Let us know in the comments section below!