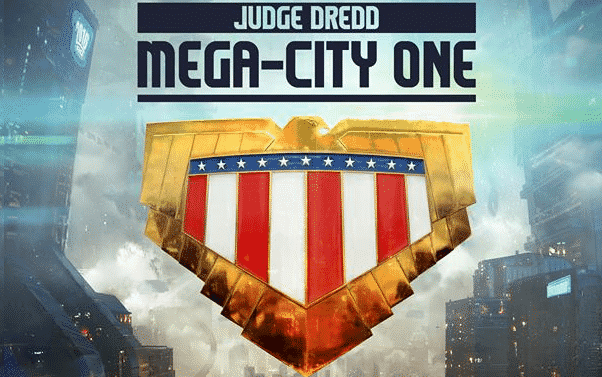 After starting the movement for ‘Bring Back Dredd’ (formerly Make a Dredd Sequel) with 2000 AD’s help, the moment we’ve all waited for years to hear is finally here. We’re getting a Judge Dredd series, and it’s going to be titled Judge Dredd: Mega City One.

Per The EW Exclusive Report:

“Independent entertainment studio IM Global and independent U.K. games developer and publisher Rebellion have struck a deal to turn the iconic comic book character into a TV show called Judge Dredd: Mega City One. The show is set in a future where the East Coast of the U.S. has become a crowded and crime-ridden megalopolis. It will be an ensemble drama about a team of Judges — futuristic cops invested with the power to be judge, jury, and executioner — as they deal with the challenges the future-shocked 22nd century throws at them. Early development has begun on the show, and talent will be announced at a later date.”

Undoubtedly, the buzz for a sequel or series for the 2012 film was high for a quite a while, as a petition for a series (or sequel) had close to 300,000 signatures and the Facebook movement had over 100,000 followers.

With all of the other things being greenlit, it was only a matter of time before someone took a chance on the rich content that is 2000 AD. The fact that it will focus on all of Mega City One makes for unlimited potential directions that the show can take.

Also from the EW story:

“We’re very excited to be beginning the journey to get more of Judge Dredd’s Mega-City One on the television screen,” said Jason and Chris Kingsley said. “Thanks to the legions of fans who have kept up pressure on social media, and a lot of background work and enthusiasm, we aim to make a big budget production that will satisfy both our vast comics audience and the even greater general screen-watching public.”

What do you think? Are you excited for the series? Be sure to tell us your thoughts in the comment section below!