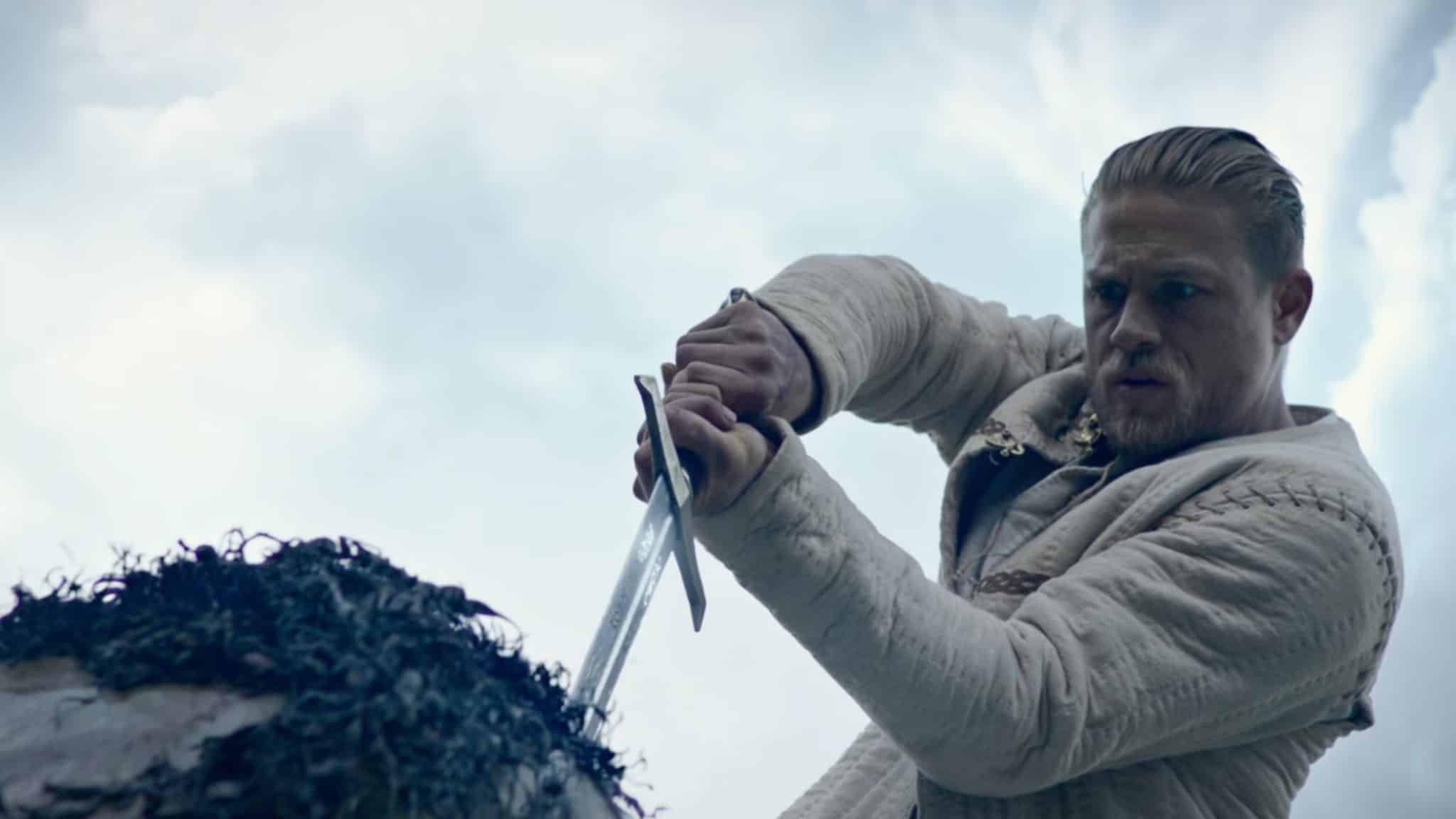 While his films are flawed, Guy Ritchie continues to be one of the most unique directors working in Hollywood today. After the British native started out with two great crime indies Lock, Stock, and Two Smoking Barrels and Snatched, Ritchie has since taken his talents into blockbuster filmmaking. His kinetic style has had mostly positive results, with the Sherlock Holmes films and The Man From U.N.C.L.E receiving a fresh update thanks to his unique style.

Ritchie is now continuing his trend of old stories revamped on the big screen with King Arthur: Legend of The Sword. This film is essentially an origin story of Arthur, who is forced to grow up in the back alleys when his father is removed by the throne. Once he exhibits his ability and draws Excalibur from the stone, he begins to realize his true potential.

Legend of The Sword has already been universally panned by critics and labeled a box office bomb by pundits. After seeing the film, I understand where the criticism is coming from, but there is a lot of fun to be had here with this energetic and wildly entertaining mess.

Even critics of Ritchie can never accuse him of being boring, with his freneticism being front and center here. Ritchie has a unique skill of being able to turn even the most seemingly dry scenes into something alive and amplified. He pulls all of his tricks out of his bag here, making it engaging just to see what he throws at the screen next even when all of his techniques can be jarring (the opening montage was bizarre). The action scenes in particular here are enjoyable, with the flashy camera work capturing the excitement and mystical abilities of the characters. Throughout this two hour-plus film, I was engaged to see what Ritchie had in store for the audience.

Similar to Ritchie’s style, this is a movie that moves with a fast pace. In a lot of cases, this is a determent to a film, with a fast pace allowing for little time to develop story or characters. In this case when the material here isn’t great, its good to see the film get to the point and cut out the needless exposition. The script has a myriad of problems, but I give Ritche credit for being able to incorporate his signature fast-talking dialogue throughout the film. 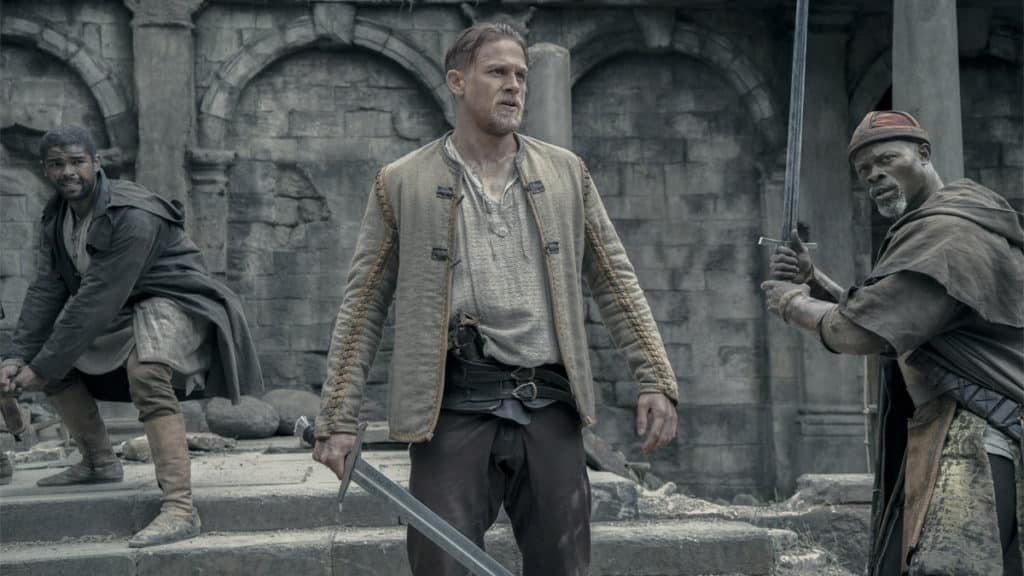 Performance-wise, there are a few notable standouts. Between this and The Lost City of Z, Charlie Hunnam is proving himself as a capable leading man. As Arthur, Hunnam brings a lot of bravado and confidence to the character, adding shades that aren’t quite there on the page. While the character’s arc is fairly formulaic, Hunnam’s talent is able to sell it, along with the film’s more dramatic moments. Jude Law is always charismatic, and makes for a deliciously evil villain here. He does a great job of chewing scenery while getting across some menace.

There are a lot of problematic aspects with this film. Frankly, the script is a mess. Collaborated on by Ritchie, Joby Harold, and Lionel Wigram, the story here has little impact. The trio try to incorporate the Arthur mythos in their own way, but much of the story elements fail to develop very much onscreen. All of the side characters here are just kind of there, having very little development or personality to make them standout. The thin attempts the film makes at trying to give this misfit team some connection is poor.

While Ritchie’s delightfully weird imagery can be engrossing, he also can get in his own way with it. He tries so hard to get a lot of character development done quickly with Arthur, but it all happens so fast that it has little time to render on screen. Tonally, the film also has some problems, as it takes itself far too seriously at moments while joking the next. Like most blockbusters, the film tries so hard to seem “epic”, but the film is at its best when its embracing its unique approach to the King Arthur story.

King Arthur: Legend of the Sword lacks in story and characters, but pack a punch with its vivid style. Ritchie’s style is imperfect, but does breathe a lot of life into this timeless tale.