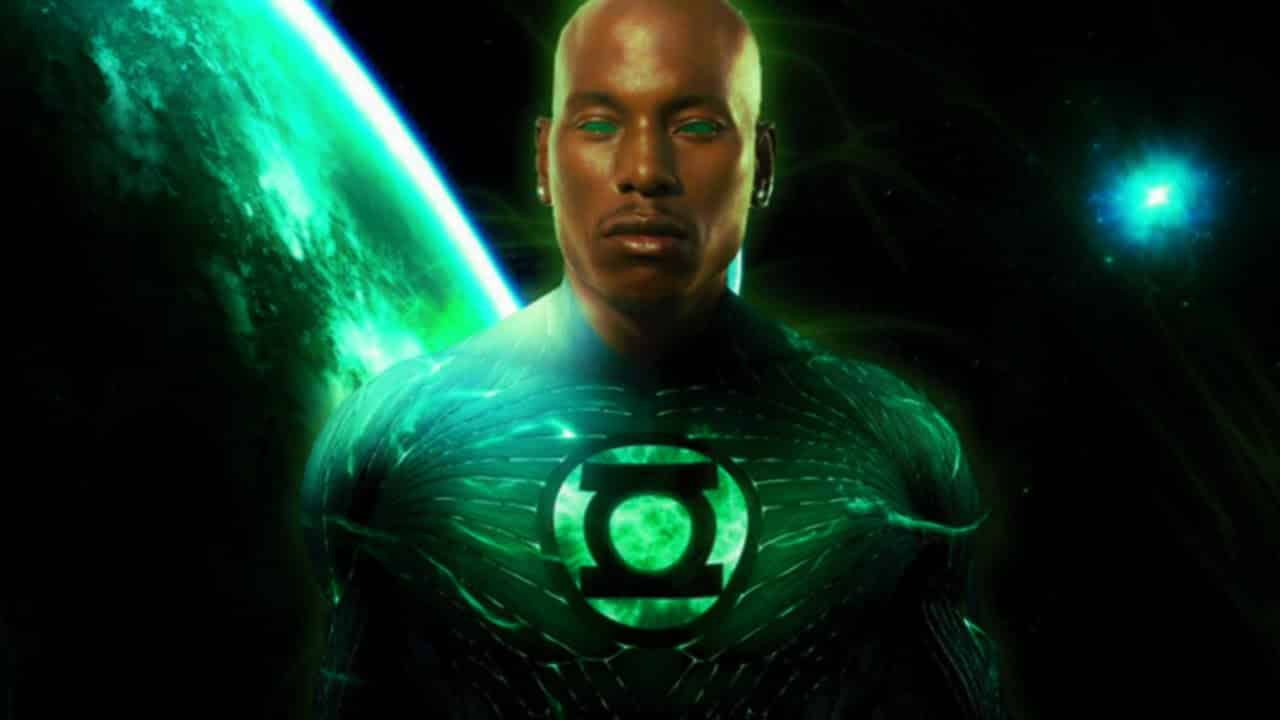 Tyrese Gibson cast as one of DC’s greatest heroes? Well, hold on there. Gibson, who was just in the latest installment in the Fast and Furious franchise, has been lobbying for the role of John Stewart AKA Green Lantern.  Some time has gone by but lately, speculation on Green Lantern’s appearance has been ramping up again thanks to Henry Cavil and his need to troll the fans.

Gibson has joined the fray by posting a image on his Instagram page of what the actor would look like if he were to play the role, with the caption “It’s time”:

Last year, Gibson had given an interview to Larry King and the matter of being cast as John Stewart was brought up:

“I was like, ‘Woah, that looks cool.’ And I posted it on my Instagram, and it just went crazy, over 1,500 sites. And it was just all of this buzz, and I was like I might as well run with this thing. And I did. Pissed the people off, a little bit, at Warner Bros. because they thought that I had convinced the world that I had landed the role, which I didn’t. And I said, ‘If you go down my timeline, at no point did I say the role is mine.’ But, you know, there have been other artists, actors and actresses who have put up images of them as a comic book character and ended up landing a role. So I was like, it’s worth giving it a shot.”

It’ been heavily rumored that one of the Green Lanterns are to appear in the Justice League film but if it would be Hal Jordan or John Stewart is anybody’s guess.

Personally, I don’t think he would fit the role as the character is more stern and military type and should be given to someone with a little bit more acting chops. Now before you say, “What about Annapolis?” I would say to you, “No”. But then again, maybe Tyrese Gibson knows something we don’t.

What do you guys think? Should the actor get the role he’s been craving? Let us know below!