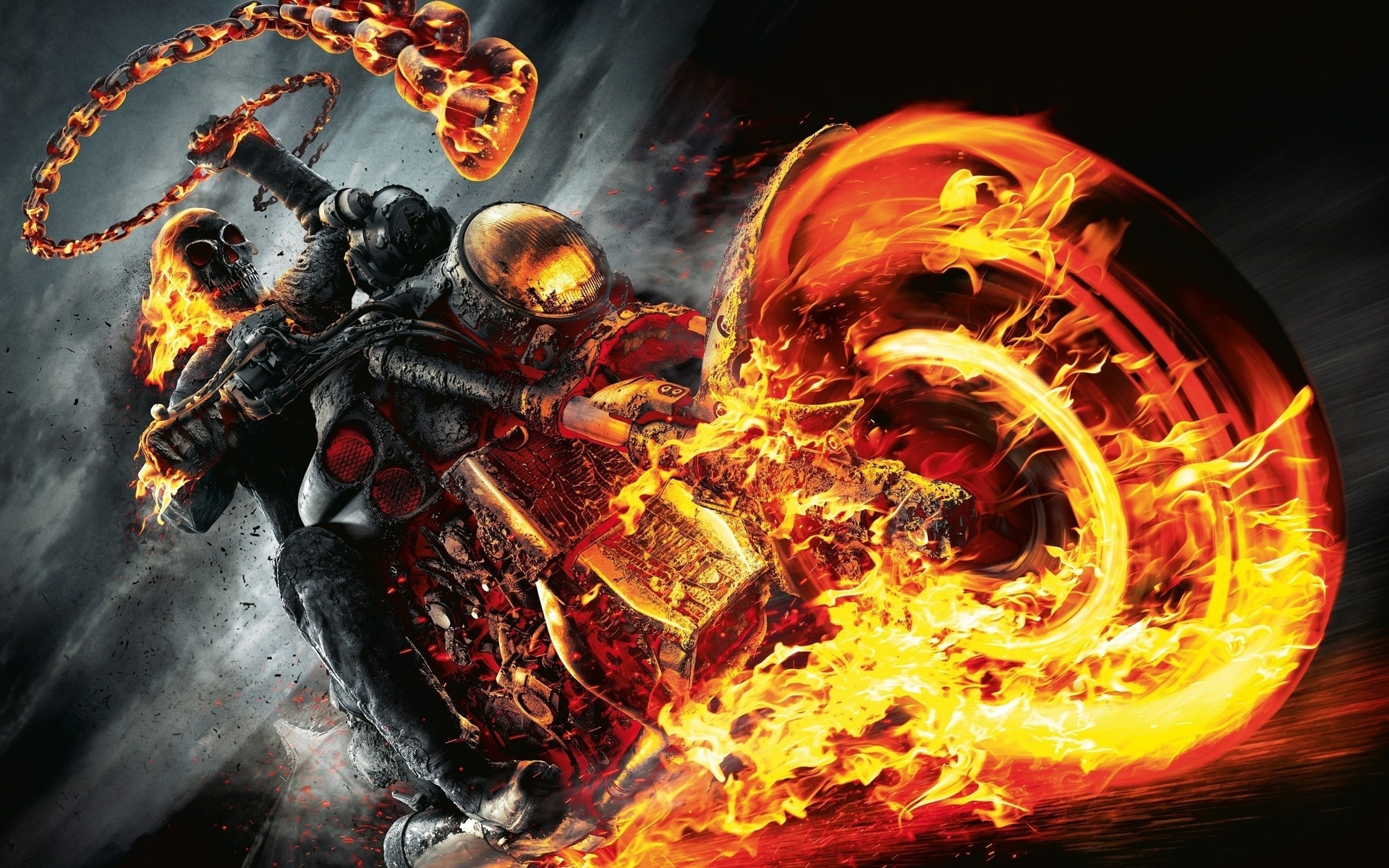 Out of all the Marvel comic book adaptations, none are quite as bizarre as Ghost Rider. Starring Nicolas Cage as the iconic hero, the film was an odd blend of blockbuster action, dark Ghost Rider mythos, and Nic Cage being Nic Cage. The final result was a mess, and among one of the worst Marvel films ever made. In an industry driven by financial gains however, the Ghost Rider character was able to hop back into the saddle with Ghost Rider: Spirit of Vengeance.

The film was met with reviews just as bad as its predecessor, and ultimately ended the Cage Ghost Rider era due to lackluster box office returns.

Spirit of Vengeance certainly can’t be classified as a typical superhero film, with it making almost no attempt at an interesting story or characters. However, the film is an energetically-crafted B-movie that serves as a wildly entertaining guilty pleasure.

A big reason for the improvement of the original film is the change in directors. The directing duo of Mark Neveldine and Brian Taylor are in a league of their own when it comes to campy filmmaking. They kinetic direction turned the Crank films into two of my personal favorite action films in recent memory, and thankfully they deliver that style here.

From the start, Spirit of Vengeance moves at a fast and furious pace. Most of the film’s 90 minute running time is used throwing story out the window, instead focusing on high-octane set pieces and Nic Cage being Nic Cage. Their efforts directing action set pieces is always impressive, with their inventiveness and dedication allowing for some exciting and memorable action moments. 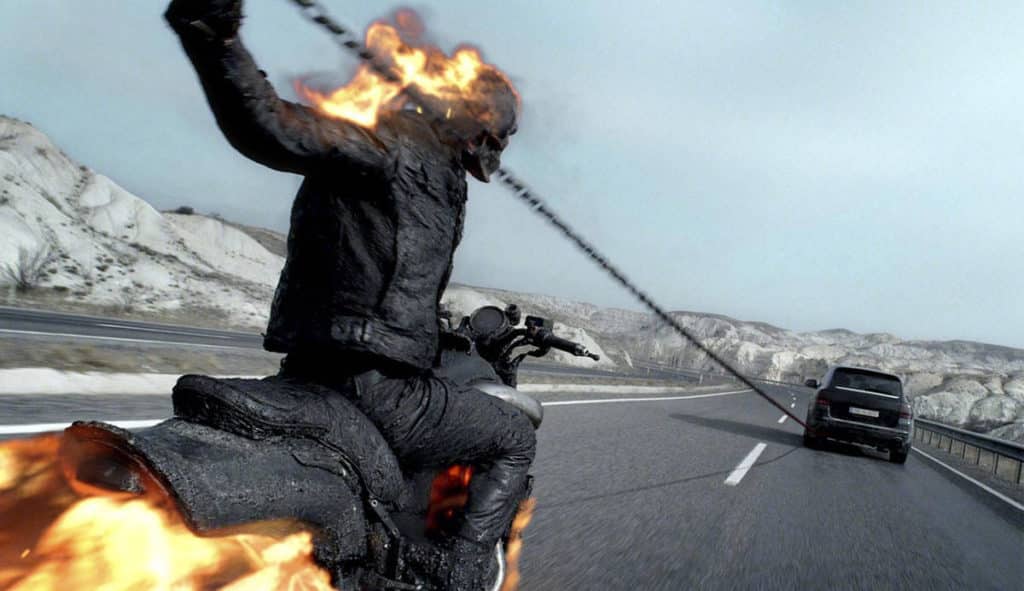 One quality about Neveldine/Taylor that I really love is just how self-aware they are. While some may argue against this, to me the duo perfectly understand what they want their film to be. They never take the material too seriously, playing up the camp factor throughout the duration of the film.

Making this film even more campier in the best possible way is Nic Cage, who takes his performance from the original and dials it up as much as possible. From peeing fire to his constant screams and shouts, this is the most Cage-like performance imaginable, making for some hilarious laughs.

There are a few aspects that hold this film back from being as consistently entertaining as the Crank films. Every other performance aside from Cage is terrible, including a wasted appearance by Idris Elba. Considering that most of the other actors don’t seem to be in on the joke, it just makes their moments on screen fairly cringe-worthy.

Sadly, the film starts off way better than it finishes. A great action scene towards the middle of the film is eventual where Spirit of Vengeance peaks, seemingly stretching much of its final third in order to reach a feature-length running time. It’s a bummer this is the case, as it makes the film nowhere near as memorable as it could’ve been.

Ghost Rider: Spirit of Vengeance will never be confused as a great film, but its a gleefully silly B-movie that will continue to remain among the most unique superhero films ever made.