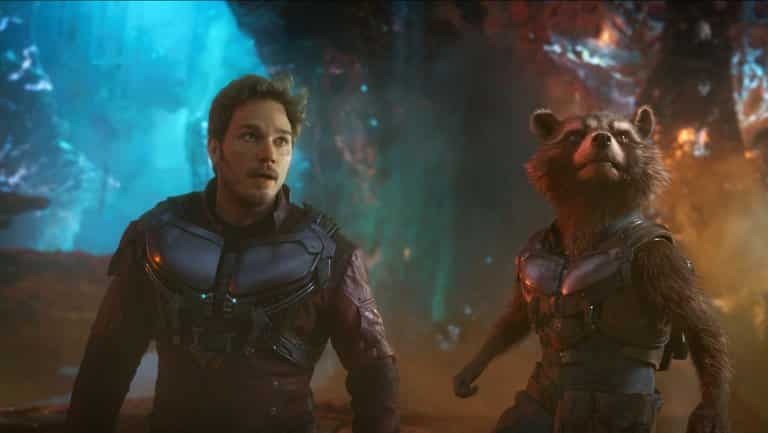 Let’s be honest, Marvel movies have had a problem with their villains. Besides Tom Hiddleston’s hypnotic portrayal of Loki, most Marvel movies feature cheap, forgettable villains that usually get minimal screen time and are dead by the end of the film. Which is a shame, because some talented actors are wasted on these poorly written characters who only exist because every superhero film needs a villain. Does anyone even remember what Mads Mikkelsen’s character was named in Doctor Strange, or Christopher Eccleston in Thor: The Dark World?

Thankfully, Guardians of the Galaxy Vol.2 seems to have realized this problem and, for the most part, addresses it well. Again, this is nothing but spoilers for Guardians; and if you somehow haven’t seen it you absolutely should before reading on. If you have seen it you know that Kurt Russell’s character, Ego, is the real villain of the film. It’s weird how many of the problems with past Marvel antagonists are fixed with Ego, except for one. Ego is dead by the end of the movie, and while it makes for a satisfying third act finale, I can’t help but wish he survived because Ego was a compelling character for a lot of reasons.

The biggest problem that every Marvel movie has had with the villain is motivation. Most of the time the villain either wants revenge or something not exactly clear. Ultron in Avengers 2 kind of just seemed to turn evil the second he was created, and then came up with a plan to destroy the world for no reason. Even in the debut Marvel feature, Jeff Bridges character Obadiah Stane build his own suit, then just goes on a rampage when his goal was supposed to be keeping control of Stark industries. If his goal was to take over Tony Stark’s company, why would he start attacking random people? Which is why Ego is so refreshing, we understand why he’s doing what he’s doing even if we don’t agree with it.

Ego is a celestial, a being that has existed for millions of years, and is essentially immortal. From the film we see that there appear to be no other celestials, and Ego has grown dismissive of all other life forms because he will always outlive them. He wants to exist beyond his own world, and plans to terraform other worlds into extensions of himself. It’s a bit heavy for a superhero film to have a character who has a sense of existential angst over living forever, and a bit out there for the solution to be extend himself to be the only form of life in existence. But  because it’s explained in the movie, and drives the plot forward, it’s unique for Marvel.

Another problem is that despite casting skilled actors, we often see very little of them before they’re killed off, and even if they get screen time the actors feel like they’re phoning it in.

I was excited to find out Daniel Bruhl had been cast as Baron Zemo in Civil War, it seemed like they cast him to be purposefully different from the disposable actor’s in previous movies. He ended up with ten minutes and thirty seconds of screen time and interacted with only three characters. While small amounts screen time can be forgiven if the character is memorable, believe it or not Anthony Hopkins only had around fifteen minutes in Silence of the Lambs to create one of the most memorable villains of all time. Yet – none of the villains in Marvel movies ever feel like they’re making an emotional impact. Ego is just the opposite, in large part due to Kurt Russell’s performance.

Ego is at first charming and charismatic, and his interactions with Star-Lord make him feel like the father figure he’s wanted his whole life.  We the audience are fooled just like Star-Lord, pulled in by Ego’s seemingly kind behavior. When Ego reveals his true nature, it has a real impact. We feel the betrayal, and it has weight when he and Star-Lord fight. There’s a sense of genuine remorse in Ego’s last words to his son, not enough to redeem him but enough that his character has depth.

Guardians of the Galaxy Vol. 2 is not a perfect film, but all the effort it puts into its villain helps put it above recent superhero films. Here’s hoping Marvel tries to keep up the same depth with its villains in the remaining nine films it has scheduled.