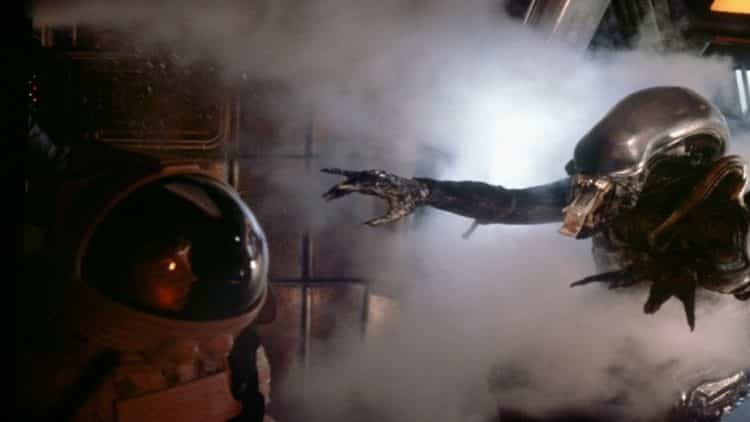 Ready to feel like the oldest person in the world? Alien, the first in the iconic sci-fi horror franchise, was released in 1979. That means that people born a decade after Alien came out are having children and getting mortgages and complaining about interest rates on their retirement accounts. 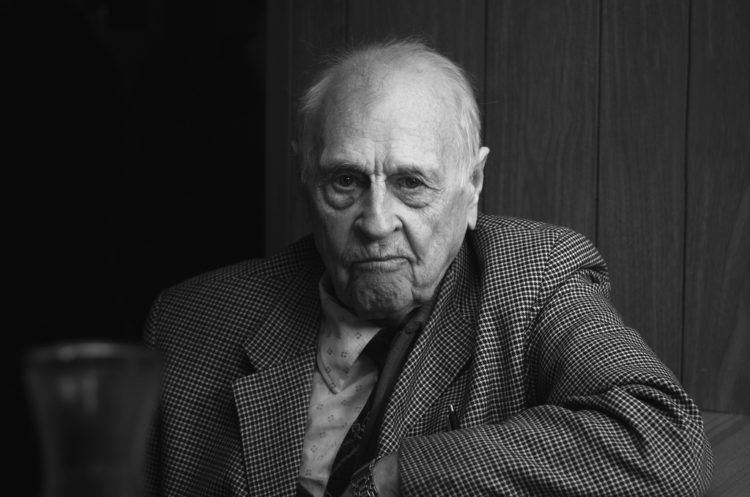 Whippersnappers with their memes and fidget whatsawhosers. I remember when Blockbuster existed, you infants!

Being as old and as established as it is in nerd culture, there aren’t many people who need to be introduced to this classic film. So, instead of talking about its impact on the industry or gushing about how it’s still one of the best science fiction films of all time (which it absolutely is), let’s discuss this one, all-important fact: Alien is all about pregnancy, early childhood and how strange and horrifying it is that these things end up in and out of a lot of us.

Oh, and since this is essentially a close reading of the film in order to stretch the material to fit our theory, we’ll go ahead and say this: spoiler alert. Though, really, it’s been out for over thirty years, so that’s a lot of time to have seen it, people. 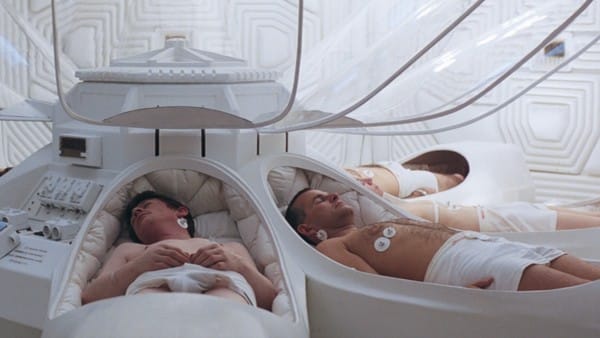 In the opening scene, the crew awakens, much like youth who were once blissfully unaware of the hormones within their bodies waking up to the horrors of acne, sudden nipple hairs, and new, uncontrollable urge to look at bootys everywhere. Groggy and uncertain, they emerge to investigate a mysterious planet: LV-426. Or perhaps LV-426 is a symbol for what all of us, young and old, are looking for…love?

Upon arriving to the planet, they make a rocky landing. But, forgive them, because who amongst us have not made an awkward advance when first navigating a new, unfamiliar landscape? But, land they do, moving us, ever forward to the next step on this journey. 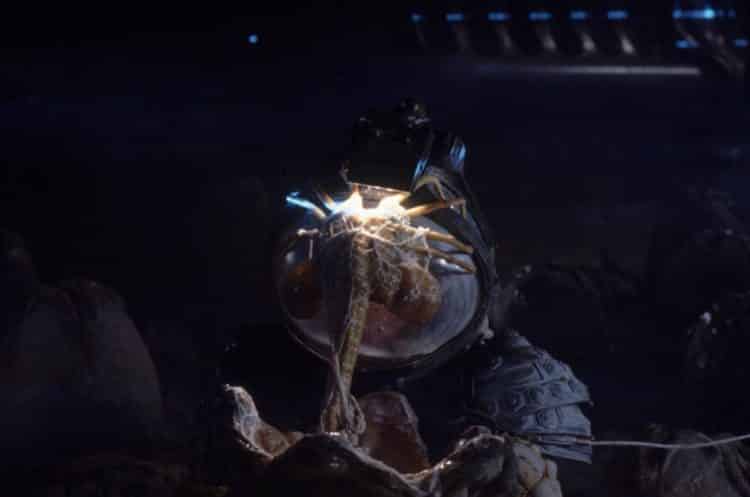 Some people plan on when they are having children. Others stumble upon it accidently, much like Executive Officer Kane, who finds himself in a fatherly way through less than an ideal situation.

(Quick side note here for some interesting trivia: In order to figure out how to get the alien on the ship, narratively, the writers just decided that, and I quote here, “the alien fucks one of them.” They deliberately chose a male character to be the victim of noted face-sexing for three reasons: it’s a horror cliche that women are an easy first target, they didn’t feel it was appropriate to make a woman the victim to this symbolic rape, and they thought that their male viewers would be made even more uncomfortable with the trope being thrust on their own gender.) 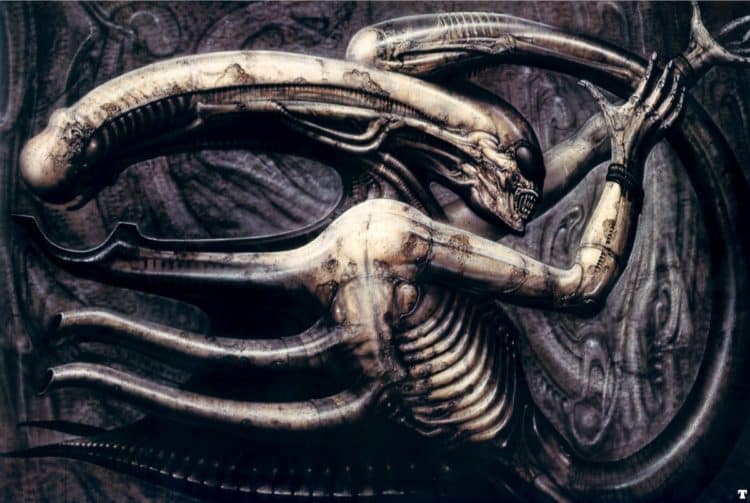 Actually, Kane has this part really easy. On average, women are pregnant for nine months, and that’s nine months of vomiting, stress, hunger, anger, and water retention that he just skipped right past. How long was his gestation period, like a day and a half? And he slept through most of it!

To be fair, he does make up for pity points with this next bit.

Yeah, this is pretty much exactly what giving birth is like.

The Uncertainty of New Parenthood

Now, as the newborn scurries around its new home, its new caretakers find themselves in quite a pickle. What does this new thing want with the already established members of its household? What does it eat? Is its blood so acidic that it will eat straight through the thick metal floors of a space ship?

These are questions all new parents ask themselves, and this transition is normal. What was once under control, from your schedule to your eating habits to your level of blood curdling screams, all fly out of your hands. Now, you see why Alien is considered a horror movie – nothing is more terrifying than those first few nights you bring that newborn home with you.

(One more fun fact! The sinews in the alien’s mouth were created with condoms. Do with that information what you will.)

Now, this film takes a few artistic liberties regarding the proportional strength of the newborn human baby to the newborn 7 foot tall Alien creature. Also, the number of anticipated acts of savage murder by a typical newborn are a higher than normal, but our theory still checks out here.

The Ugliness of Postpartum Depression 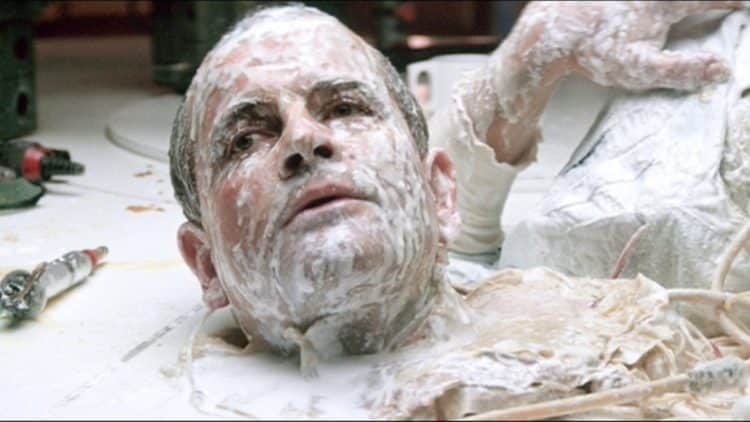 Pictured: An exact replication of what early parenthood looks and feels like.

Were you wondering how we would fit Ash into all of this? I bet you were. Well, here’s what really seals the deal.

Ash represents the swelling rage, confusion, and curiosity that comes with motherhood. (Thank you for this one, fellow editor/writer Mark Salcido.) He is, in a phrase, postpartum depression personified.

Constantly hovering over every action of the crew, working against their best interests. He is the real terror, much like postpartum depression, a malicious beast that is not even human. But, like postpartum depression, he is ultimately not in control. He can be defeated. With the power in Ripley herself, the support of Parker, and help provided with a handy flamethrower, that android can no longer make them second guess themselves. They know what they’re doing now. They know how to handle the new member of the Nostromo family.

It’s also rather poetic that he has milk for blood. Just saying.

Letting Go of Insecurities and Embracing this New Step in Life 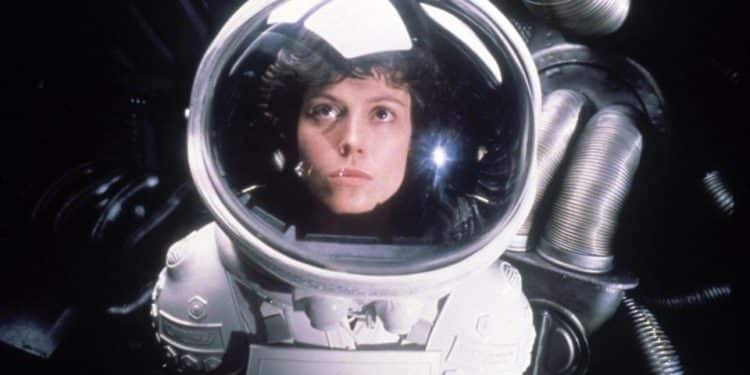 “I have no idea what I’m doing, but I’m going to do the shit out of it anyways.”

Once Ripley has entered the shuttle, she’s a more confident woman, knowing that she has taken control of a difficult situation and come through it. Though her support network has gotten somewhat smaller, what with the dead crewmates and traitor android and all, she made it through this portion of her life relatively unscathed. She’s learned new skills on how to handle this newborn creature. That’s pretty special.

Of course, this is where the theory falls apart a little, because she shoots the baby metaphor into outer space with a grappling hook.

Maybe Jonesy is the real baby?
Whatever, I’m going to go watch Aliens.

Analyzing The Prospects For Marvel’s Upcoming TV Projects
If You Mock Zack Snyder’s Tragedy, You’re A Piece of Shit
Advertisement
Advertisement
To Top