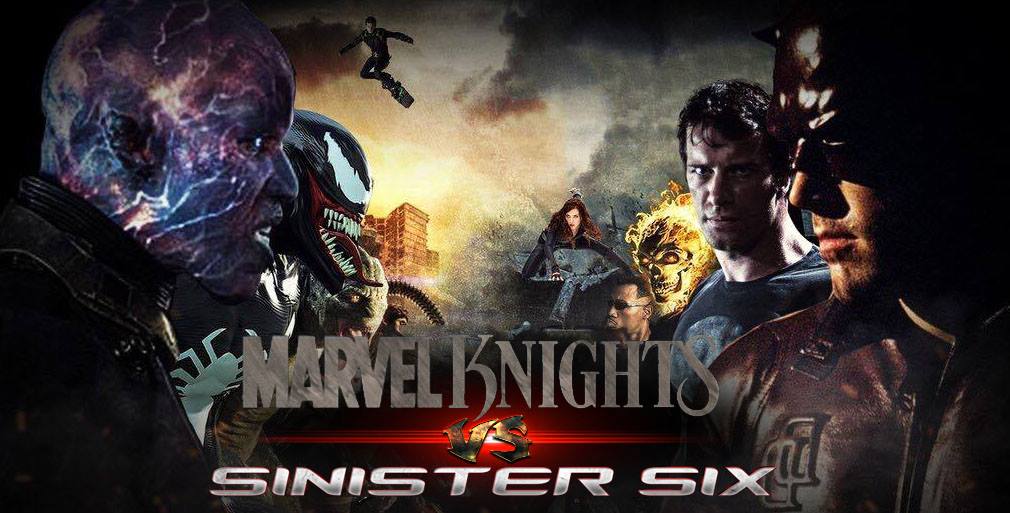 There was a time in which Sony were moving ahead with plans for a Sinister Six movie however after a series of leaks and franchise misfires, all has gone quiet on the Spidey-verse front. Well that was until today in which it was recently announced that Tom Hardy will be portraying Venom in the long awaited solo movie that’ll be helmed by none other than Zombieland director – Ruben Fleischer.

With rumors suggesting it’ll be receiving the R-rated treatment, many are wondering whether or not this movie will play a part in a future Sony Marvel Universe. With details still scarce, it’s safe to say that anticipation for the October 5th, 2018 release date is enough to keep most fans going for now.

StryderHD has created a video which pits Marvel Knights up against the deadly Sinister Six. As most of you know, Venom had once dabbled with Sinister Six’s deadly antics and as you can see from the trailer below, there’s a whole lot of action on show.

If you’re into fan-made trailers then be sure to check the video out down below:

Would you like to see the Sinister Six on the silver screen? What do you make of the trailer? What was your favorite comic book movie from your youth? Sound off down below!