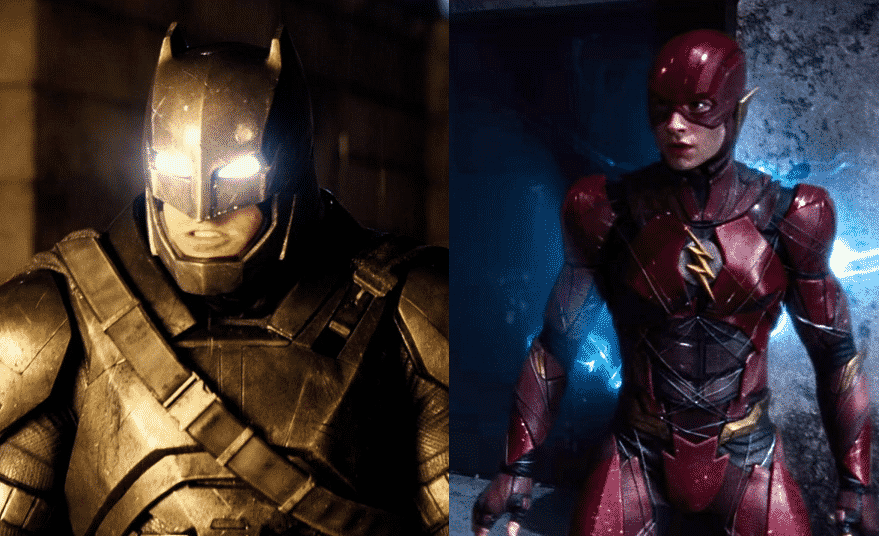 Some new alleged leaks for The DCEU have hit the internet and range from talking about how Aquaman is an ‘under-water horror movie’ to the Batman film featuring Joker and Scarecrow.

Check out the entire batch of leaks below – take it with a grain of salt, as their from Reddit:

This is information from Warner’s offices. They are not necessarily spoilers, but very interning information regarding the future of the DC Extended Universe. This information will not be violating any contracts, but rather just be sharing insights shared within members of these levels.

Wonder Woman (2017): Partners and higher-office members have been very confident with the handling of this film. They were initially very cautious after the reception of Dawn of Justice, but they were optimistic with the positive reaction to Wonder Woman as well as Patty Jenkins’ leadership. The atmosphere in the office is very positive leading up to the June 2nd release, as they feel it will be well received critically and a box office success. Apparently, the executives were going to wait until the opening before giving the green light for a sequel. After many positive reactions, they have given Patty Jenkins a green light to start working on a sequel. Overall expectations for this movie are around $750 million globally and critical success.

Justice League (2017): This has been very quiet on the Warner’s front. Apparently the studio is giving Zack Snyder far more control than Dawn of Justice & Man of Steel. The production was extremely long for this movie, and will continue this summer. The studio has been aware of reshoots for a long time, but it is not on a massive scale (such as Rogue One/Suicide Squad). These reshoots were for specific members of the league and they were to add new scenes that were written into the script. Ben Affleck will start shooting these new scenes this summer (no date set). Ray Fischer will also have to shoot more scenes, but they will show him as a regular human, and without the CGI suit. Jason Momoa has already shot some extra pickups and green screen work, before the production on Aquaman. There hasn’t been any “panic” at Warner’s, but they are keeping the story very secretive. Apparently Zack Snyder has been working on the story since the beginning of Man of Steel, so that might be why the studio has been so quiet and leaving him alone.

Aquaman (2018): James Wan was the first choice for director on this movie. Warner Brother’s wants the movie to be like an underwater “horror” movie with a superhero at the helm. This movie has been at the majority of excitement at the office. Apparently James Wan agreed on this movie on a few terms, but the major one was that he wanted a solid script finalized before the “meat” of pre-production started. This was an enormous request, but the script has been labeled as a fantastic “new superhero genre” and “immensely scary albeit satisfying”. This script has been worked on for years, and Zack Snyder has been working on the character since Man of Steel as well. James Wan started pre-production with a completed script down to at least 5 different drafts. This apparently will be the new standard for the future of DCEU movies, and the studio is willing to slow things down in order to achieve this.

The Scarlet Speedster (2019): The script has been completed and approved after MANY drafts and rewrites. The studio has finally approved a very good script, with some calling it “a perfect coming of age story regarding a young man trying to control his power”. There have not been that much more conversation regarding this film, although they have been very excited. Apparently the script was “heavily” influenced by a specific comic story and given an interesting nickname. The name might not be “The Scarlet Speedster” but that is a rumor ever since the script was turned in.

The Batman (2019): No work has been commissioned on this movie. Apparently Matt Reeves has yet to even start on this, and has to fulfill his commitment on “War for the Planet of the Apes” before working with Ben Affleck. Although there has been rumors of the script being thrown out, there have been rumors around the executives that Matt Reeves wants to incorporate many Batman villains. These villains will include Deathstroke, Joker, and Scarecrow. The studio has already been working on Deathstroke (obviously) and has mockups of a potential new Scarecrow.

Green Lantern Corps (2020): This is supposedly going to take place off Earth and in space. It will contain two main characters including Hal Jordan. It is supposed to be like Marvel’s “Guardians of the Galaxy”; showing a setting other than Earth, and expanding the DC “universe”. Not much else has been talked about regarding this movie.

There has not been many conversations about films such as Gotham City Sirens, Cyborg, Shazam, Suicide Squad 2, and Batgirl around the office. They may have just been keeping them under wraps or taking their time, but they have not topics spoken around the office.

As I said, take these leaks with a grain of salt. They don’t seem too illogical though.