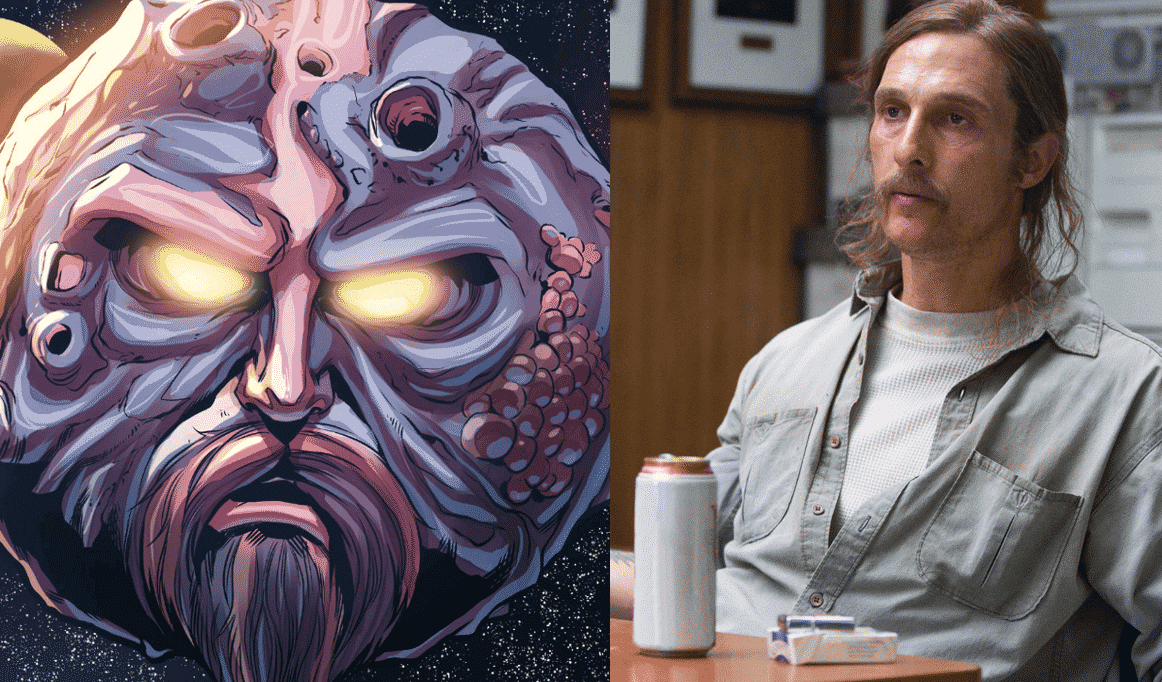 Ultimately revealed to be the main villain of Marvel’s space saga, the role eventually went to Kurt Russell. Prior to the casting, it was reported that though he had been offered the role, McConaughey turned it down in favor of playing Randall Flagg, a.k.a. The Man In Black, in the upcoming movie adaptation of Stephen King’s The Dark Tower.

The recent reveal of the concept art features McConaughey as Ego’s human counterpart. Same scruffy demeanor, though a bit younger, as well as a different take on his suit, primarily featuring a black and metallic look.

Understandably that this art emerged at the beginning of the production process, it’s clear why they ultimately went with a more green and brown-toned suit for Russell’s Celestial Ego.

There’s no doubt that McConaughey would have fit well with Ego’s initially laid-back, cool persona. However, something about Russell’s casting seems more fitting. Not only a juggernaut in action films, Russell has been involved in Hollywood for more than 50 years! As a veteran of on-screen heroes, it seems appropriate for him passing on the knowledge to a quickly-rising action star like Chris Pratt.

Granted, McConaughey could have been aged more with makeup and even special effects. Even if you love or hate the recent CGI de-aging of actors, such as the late Carrie Fisher in Star Wars: Rogue One, they did also make Russell younger in the opening scene of Guardians Vol. 2. It brings question what they had planned for the younger McConaughey.

If you’re bummed about McConaughey turning down an appearance in the MCU, all hope is not lost. There’s certainly another chance for him to take on a different role. Marvel is certainly no stranger to bringing on A-list talent, so it wouldn’t be surprising to see McConaughey appear in the future. He even stated during first discussions on passing on the Ego that he would prefer to have a proper role that suits him, rather than just being “an amendment” in the cinematic universe.

What do you think? Who would be a good character for McConaughey to portray? Sound off below!