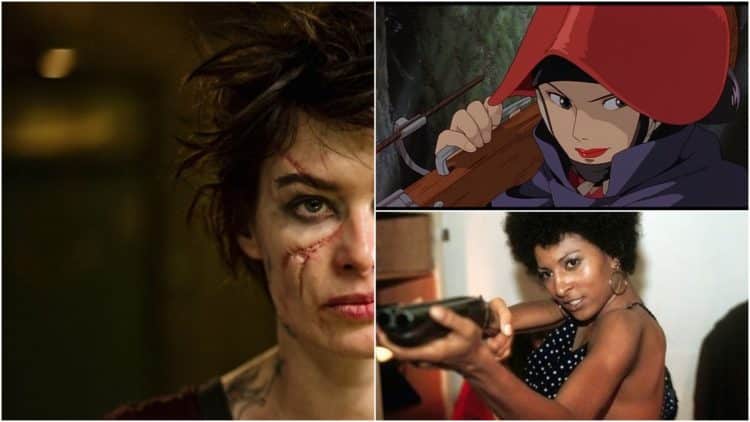 Now that Wonder Woman is finally out, we here at Screen Geek found ourselves hungry for other awesome badass female lead films. Upon initial discussion, we brought up some obvious choices: Ellen Ripley from the Alien franchise, Furiosa from Mad Max, and Sarah Conner from Terminator. But, we decided to dig a little deeper and put together a list of other wonder women out there. You may not have heard of all of these, or, alternatively, considered them to be kick-ass women of action, but allow us to try and expand your mind.

Oh, and a few of these character analyses contain spoilers, so, you know, spoiler alert, if you’re into that sort of thing. 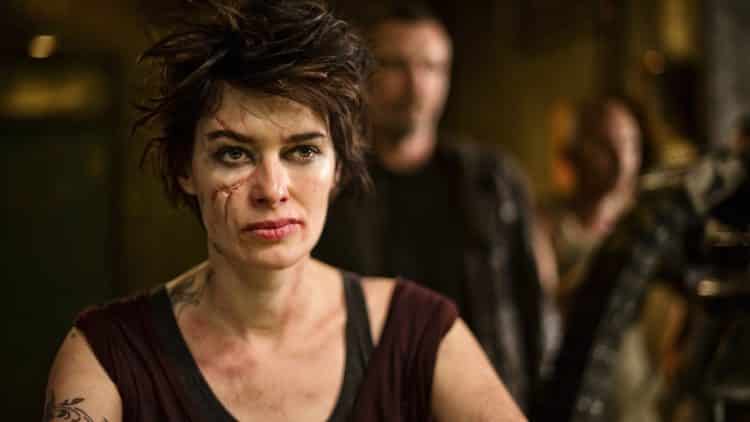 Now I know this list consist of badass women that are not to be messed with, so Ma-Ma should fit right in with no problem. Portrayed by Lena Headey, Ma-Ma gave Judge Dredd and Judge Anderson a serious run for their money when it came to surviving the onslaught of her thugs and hired killers. Even though she was dispatched by the end of the film, via being thrown out of a window from the top floor of Peachtree Block by Judge Dredd, Ma-Ma was feared none the less.

Before her run-in with the Judges, Madeline Madrigal aka Ma-Ma, had risen from prostitution to forming the Ma-Ma Clan by taking what she wanted and killing whoever got in her way. Her personality and traits were chillingly calm and seemingly bored by the events around her. She had no problem afflicting pain through means that would make any man piss in his pants and run crying to their mama. She had no problem her taking on men much bigger than her size and reminding them who is the boss.

We know Ma-Ma badassry doesn’t fall in line with Wonder Woman’s idea of conventional ass kicking but then again, this isn’t a conventional list. 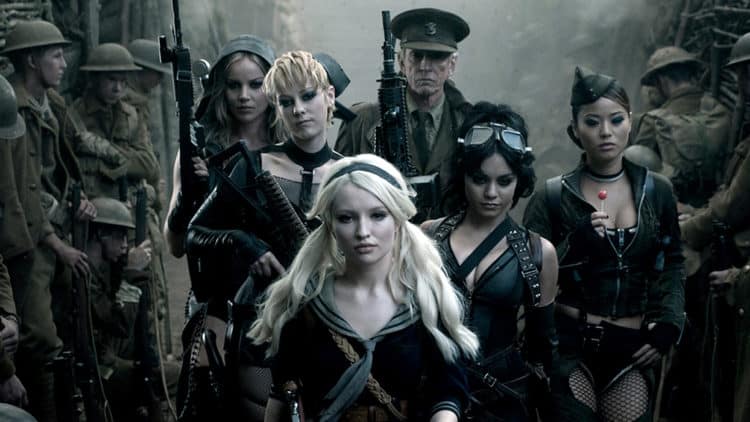 Sucker Punch is a controversial film, drawing differing opinions on the true meaning behind the story. There is a case to be made for it being about female exploitation. I, myself, see it as a great film showcasing how strong women can be when they are up against impossible odds.

Babydoll (Emily Browning) has been committed to an asylum by her step-father. He is her guardian after her mother passed away. Her sister also passed away, and she is blamed for her death. This is what she is up against, but not her immediate problem. The asylum she is in isn’t exactly known for its great level of care, and her step-father has colluded with someone from inside the facility to have her lobotomized so she can never reveal his worst secret.

In a situation like this, anyone can imagine themselves and what they might do to either escape, or maybe cast their own revenge. Babydoll does one better. She imagines the asylum as a brothel – an institution dedicated to keeping women as objects without free thought or emotion. It is her sole mission to escape with her closest allies – Sweet Pea (Abbie Cornish), Rocket (Jena Malone), Blondie (Vanessa Hudgens), and Amber (Jamie Chung). An escape of the mind, she embarks on an epic journey while the consequences of her actions manifest in reality.

Go on this journey with these five women. It might open your eyes to some real possibilities. 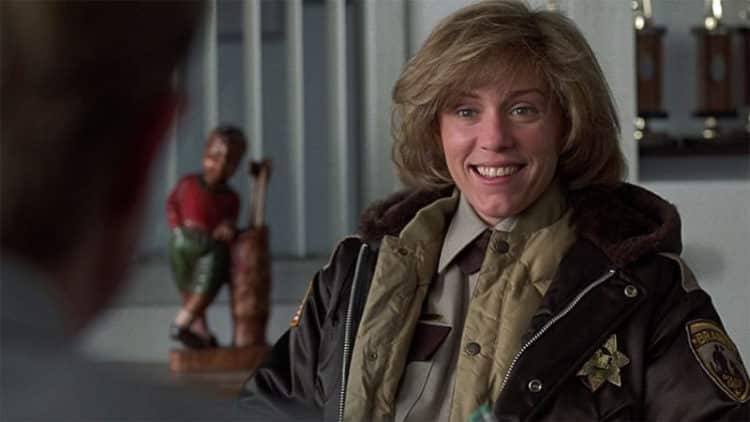 Unlike many of the people on this list, Marge Gunderson doesn’t physically kick that much ass during her screen time. Don’t let that fool you; she can investigate a murder, a kidnapping, and flagrant misuse of woodchippers, all while seven months pregnant, dont’cha know.

The most striking thing about Marge is how kind and open she is, throughout the entire movie. That kindness is not weakness – she’ll shoot you if you deserve it, but she’ll still talk to you like a human being afterwards. It’s doubly impressive, because she sees the ugliness in people everyday in her work. The greedy, the ignorant, and the ill intentioned do not faze her.

She’s a truly good person, even in the face of evil, which, frankly, makes her probably the most badass lady on this list. 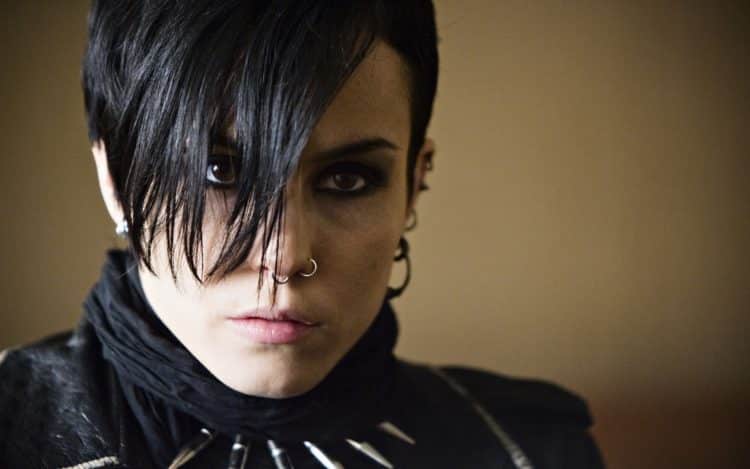 The Millennium series was such a massive hit overseas that America tried to get in a little on the action by doing a remake of the first in the series. The films followed journalist Mikael Blomkvist as he walks a dark path involving murder and other acts of violence. Yet, the one that would save his life on many dangerous occasions was the one and only Lisbeth Salander.

The character was played by the dangerously beautiful Noomi Rapace (Swedish version) and Rooney Mara (American version) and was shown by both actress as a force to be reckoned with. Lisbeth was not to be messed with from the early age of twelve when she administered justice on her father who viciously attacked her mother. From that point on, she would not stop aggressively protecting the ones she cared for.
Not only is the character able to defend herself in combat, she is also a world-class hacker and uses this talent often in the series. But that’s not all; she also has what’s known as photographic memory, and is skilled in hiding her identity – which she was able to do with the possession of passports with different names and disguises to help her travel undetected.

Lisbeth would absolutely give Jason Bourne a run for his money. 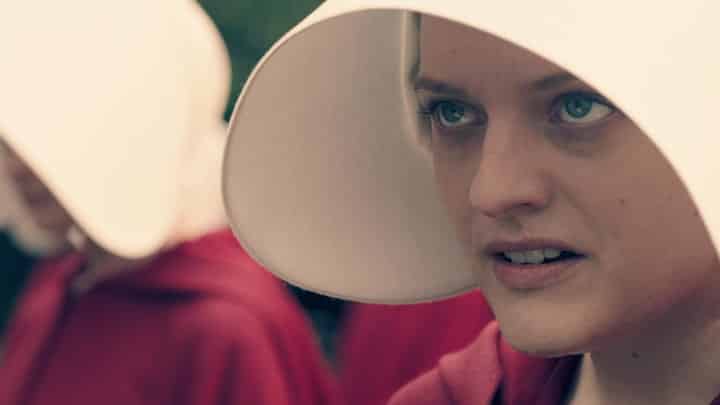 The Handmaid’s Tale is the TV adaptation (at long last) of Margaret Atwood’s haunting dystopian novel. Atwood projects a future in which America has become ‘Gilead’, an oppressive, theocratic regime that perceives women only as ‘two-legged wombs’ in the wake of an infertility crisis. Fundamentalist Christianity rules this society, and Handmaids are the few fertile women left, whose role in Gilead is to routinely have sex with their Commander (the man to whom they are each assigned) in the hope of bearing a child for him and his wife. It is a story that critiques both feminism and fundamentalism, as well as many other aspects of current society.

Our protagonist is Offred, whose perspective is made all the more eerie by the fact she remembers the old world, and regularly flashes back to it. The name ‘Offred’ is assigned to her based on the Commander she is assigned to; ‘Of-Fred’. Her real name remains ambiguous in the novel, but the best guess is June – which the TV series interprets as fact. Offred is actually an extremely unlikely protagonist, because ultimately she doesn’t rebel or escape the clutches of Gilead. We have yet to see how the TV show interprets the end, but the novel leaves us desperately wondering whether she is broken out by the resistance movement, or whether she is sent to her death; by execution or by being sent to ‘the Colonies’ (labour camps).

The ambiguity of this story is another thing that sets it apart from other dystopian fiction. It reminds us of the diary of Anne Frank – whose story is simply one of hope, but also tragedy. Offred resists the oppression of the society in passive, minor ways – like playing scrabble with the Commander when freedom of speech is strictly prohibited. Even Offred’s rebellious friend Moira seems beaten by this regime, as it appears hope gradually deteriorates. But Offred therefore resembles a protagonist with whom we can more realistically relate – she resists the regime internally, but never rebels, she is effectively an ordinary person trying to survive. This would contrast to your typical dystopian protagonist who might bring down the entire regime with a bow and arrow… or some such.

In many ways, Offred is admirable and powerful in her means of dissent and resistance. Survival in such a strong and terrifying regime would likely boil down simply to compliance and keeping your head down.

Hard Candy is a hard movie to watch. It has a teeny, tiny cast, filmed almost entirely in one house, and deals with a hard issue with an unflinching gaze. The reason why it succeeds at being a fantastic thriller is because of the standout performance of Ellen Page as Hayley Stark, the fourteen year old with ulterior motives for flirty adult Jeff Kohlver (played by Patrick Wilson).

Hayley is smart, organized, and unforgiving. She knows what Jeff is, even if he refuses to admit it himself, and she is determined to bring down justice in a way she determines is fit. Hard Candy is a tale of figuring out who is the prey and who is the predator. Jeff may think they are playing a game of chess, but Hayley’s playing Russian roulette and knows how to keep the gun continuously against his head. 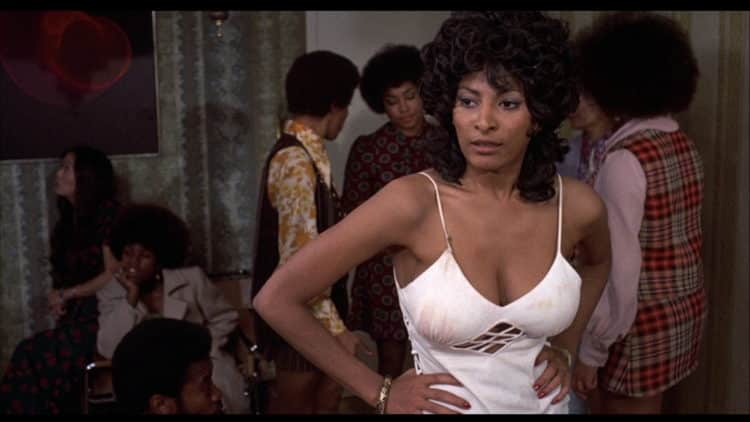 Played by the very beautiful Pam Grier, the blaxploitation film Coffy centered on a nurse that sought out revenge for the death of her younger sister. Coffy’s sister died via the drug underworld and Coffy had her sights on mob bosses, drug dealers, pimps, and dirty cops. Nurse by day, vigilante by night, she used any means necessary to on her path to vengeance. Some of the means included having to fight dirty when it came to hand to hand combat, thought out planning to “take out” one or two bad guys, and even using her body to get close to her next victim. And she was not afraid to use these same methods when it came to women too.

Though her main goal was strictly to kick ass and not bother with the names, she found herself fighting for a cause or two when she brought down a large prostitution ring with little to no help. But, she wasn’t just a stone cold killer hell bent on revenge. Earlier in her story we got to see the toll of her mission take an effect on her, allowing us to witness the human side of Coffy.

Even to this day, strong willed women in cinema emulate this character in hopes that some would find a strong comparison to her. There are plenty of bad ass female leads out there, but there is only one Coffy. 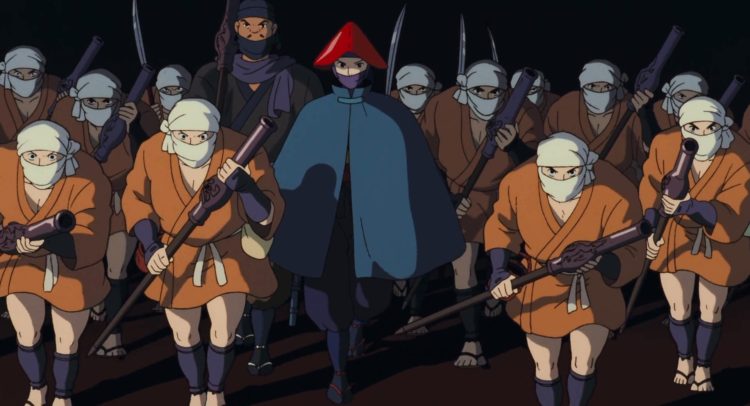 Honestly, we could’ve taken any one of the many protagonists from the Miyazaki line-up and put them on this list. Kiki, Chihiro, Sophie, and, of course, San, all are strong, magnetic characters who grow and push their way through adversity to find their place in the world. In this abundant land of awesome women characters, it’s hard to find just one to highlight for our purposes. However, highlight we must, which leads us to Lady Eboshi.

You know what makes Lady Eboshi so cool? She doesn’t give two buckets of poop what you think about her – she only cares about her town and the people in it. Though the antagonist of the film, it’s hard to label her as a truly evil villain. She takes in the downtrodden, and gives them work. She empowers women. She reaches out to touch the lepers. Also, she sees a giant god and does not hesitate to shoot its head right off of its enormous body, survives getting her arm bitten off by another god, and has the fortitude to stand in the aftermath, still vowing to create a better town for her and her people.

What do you think of the list? Did we miss someone? Let us know in the comments!