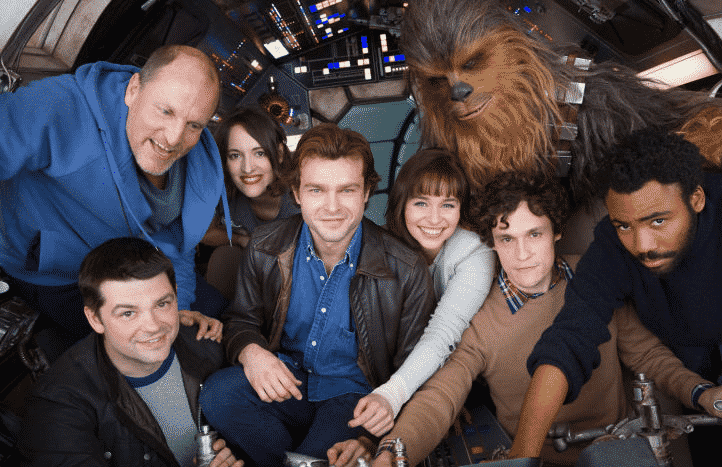 A user on Twitter has posted footage from the upcoming Han Solo movie. While it’s not entirely clear what exactly is going on in any of the footage, it’s still a pretty cool behind the scenes look at the upcoming Star Wars film.

Check out the videos below:

In this photo taken at Fawley Power Station we can have a lil better look at ~supposedly~ Emilia's double (via davidpennyesq/IG) #HanSolo pic.twitter.com/rKdXTmsd4X

If you found this interesting, you’ll probably find this latest batch of alleged Star Wars leaks interesting as well. Be warned though, they feature MAJOR spoilers – if true. And if the past taught us anything, these things can turn out to be accurate from time to time, so only look if you want to know.

The film will feature Alden Ehrenreich as Han, Atlanta‘s Donald Glover as Lando Calrissian and The Force Awakens‘ Joonas Suotamo as Chewbacca. Woody Harrelson is attached to play Han’s mentor, a man by the name of Beckett, while Game of Thrones‘ Emilia Clarke, Westworld‘s Thandie Newton, The Wire‘s Michael K. Williams and Fleabag‘s Phoebe Waller-Bridge are set for undisclosed roles.

What do you think of the footage? Are you excited for the upcoming Star Wars spin-off film? Be sure to tell us all of your thoughts in the comment section below!