Looking Back At THE SOPRANOS Controversial Ending Ten Years Later 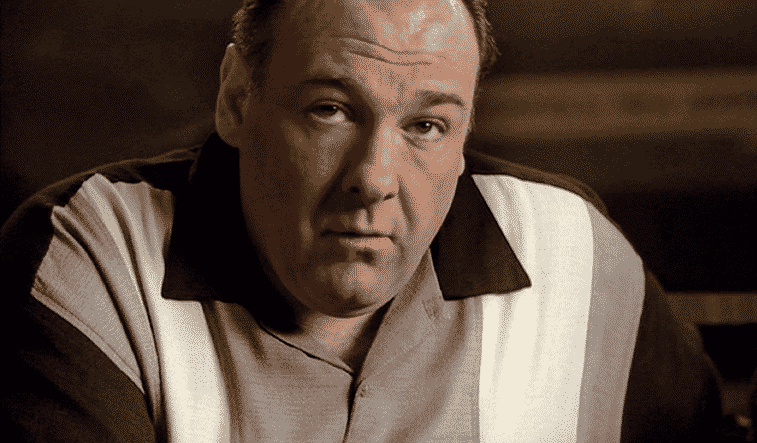 For anyone who watched The Sopranos, you already know that a little part of you died when the show ended. I didn’t watch until years after it ended, when HBO was re-airing it nightly, and each night I looked forward to seeing where the story would go next.

Strangely enough, James Gandolfini died about a week after I finished the show and I felt like I had lost a family member. Cheesy? Maybe. But anyone who watches and gets connected to a television show knows the feeling (The Walking Dead, anyone?).

One thing that left many people confused about the show’s finale was the very end itself.

Obviously, if you haven’t watched The Sopranos, you probably shouldn’t read this article because there will be major SPOILERS ahead.

The Sopranos is a show that was way ahead of its time. You could actually say it’s responsible for all of the dark and R-Rated type shows that we have now. It made television an acceptable route for big actors to go, when it used to be looked down upon.

The Netflix/Hulu generation definitely missed out on this one, but I’ve noticed more are beginning to take notice.

Whether it’s Tony’s disturbing dreams, his intense therapy sessions or just his musings on life – you quickly find out, this isn’t ‘just another mob show’.

For those of you who watched the finale, you know that it just ended. Abruptly. Just faded to black and didn’t come back on.

When the finale first aired back in 2007, people thought that their cable just shut off and called companies asking what went wrong.

Others just thought that the ending was way too fucking stupid to be the actual ending of a show they had spent nearly a decade watching.

But looking back on it, the ending itself does make sense – especially when you add in the fact that creator David Chase didn’t want any credits to roll at the end of the episode. Just total darkness.

There are plenty of theories out there as to what happened, analyzing the show’s polarizing ending in great detail.

There is one scene, though, for me that pretty much gives away what happens to Tony in the final episode:

“You probably don’t even hear it when it happens, right?”

They really have went along with the ‘never hear it happening’ route in episodes leading up to the end.

“If you look at the final episode really carefully, it’s all there.”

While Chase hasn’t said specifically what happened to Tony, he has offered up quite a few clues – in regards to the episode itself:

“It just seemed right,” he suggests. “You go on instinct. I don”t know. As an artist, are you supposed to know every reason for every brush stroke? Do you have to know the reason behind every little tiny thing? It”s not a science; it”s an art. It comes from your emotions, from your unconscious, from your subconscious. I try not to argue with it too much. I mean, I do: I have a huge editor in my head who”s always making me miserable. But sometimes, I try to let my unconscious act out. So why did I do it that way? I thought everyone would feel it. That even if they couldn’t say what it meant, that they would feel it.”

“I said to Gandolfini, the bell rings and you look up. That last shot of Tony ends on ‘don’t stop,’ it’s mid-song. I’m not going to go into [if that’s Tony’s POV]. I thought the possibility would go through a lot of people’s minds or maybe everybody’s mind that he was killed … I thought the ending would be somewhat jarring, sure. But not to the extent it was, and not a subject of such discussion. I really had no idea about that. I never considered the black a shot. I just thought what we see is black. The ceiling I was going for at that point, the biggest feeling I was going for, honestly, was don’t stop believing. It was very simple and much more on the nose than people think. That’s what I wanted people to believe. That life ends and death comes, but don’t stop believing. There are attachments we make in life, even though it’s all going to come to an end, that are worth so much, and we’re so lucky to have been able to experience them. Life is short. Either it ends here for Tony or some other time. But in spite of that, it’s really worth it. So don’t stop believing.”

There’s a very, very detailed analysis of the show’s ending that pretty much gets everything right down to the last detail of what happened that you can read here.

Whether or not you agree that the show is the greatest ever created, it’s hard to deny that it was one of the (if not the) most important shows in creating the television landscape we have today. For that reason alone, the show deserves quite a bit of respect.

So as we approach 10 years since the show ended – what are your thoughts on the show or finale? Be sure to tell us in the comment section below!