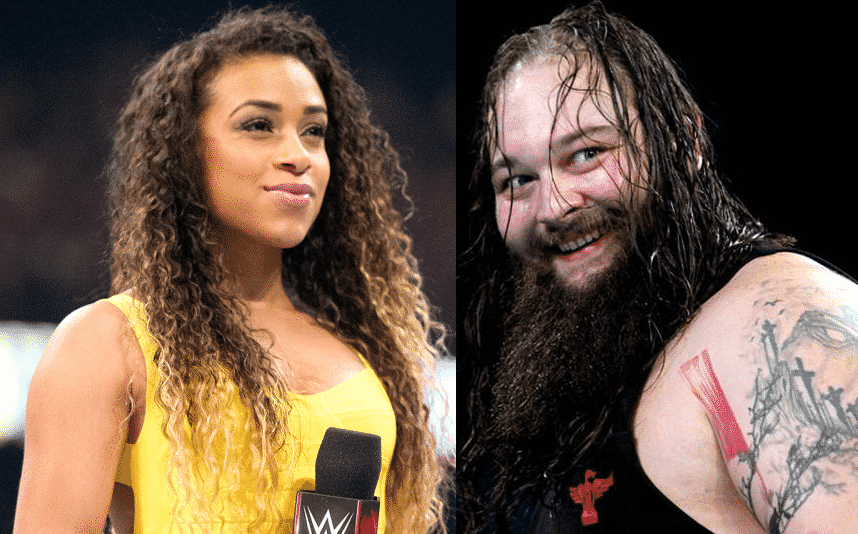 Fresh off the Paige / Xavier Woods sex tape scandal, the WWE is now dealing with another embarrassing relationship going public. Bray Wyatt (real name: Windham Rotunda) has been served divorce papers by his wife, Samantha, alleging that the former champ walked out on her and their two children after she confronted him about his ongoing affair with ring announcer Jojo.

Wyatt is a third-generation wrestler, being the son of Mike Rotunda, the grandson of Blackjack Mulligan, and the nephew of Barry Windham.

Jojo (née Joseann Offerman), who replaced Lillian Garcia nearly two years ago, has been a relatively quiet presence in the company until now. Like Garcia, she often steps in to sing the national anthem at shows, but otherwise is never really seen outside of the ring. She did participate in the first season of Total Divas in 2013, but wasn’t asked to return for season 2.

It remains to be seen how, or even if, this will affect either party’s career with the company. Boss Vince McMahon could feel that the affair is negatively affecting his product, and want to distance it from the two of them; or he may ignore the matter entirely. He has done both in past situations.

How do you think this matter should be handled? Or do you think the wrestlers’ private lives shouldn’t affect their jobs? Tell us in the comments below!

Continue Reading
You may also like...
Related Topics:Bray Wyatt, WWE