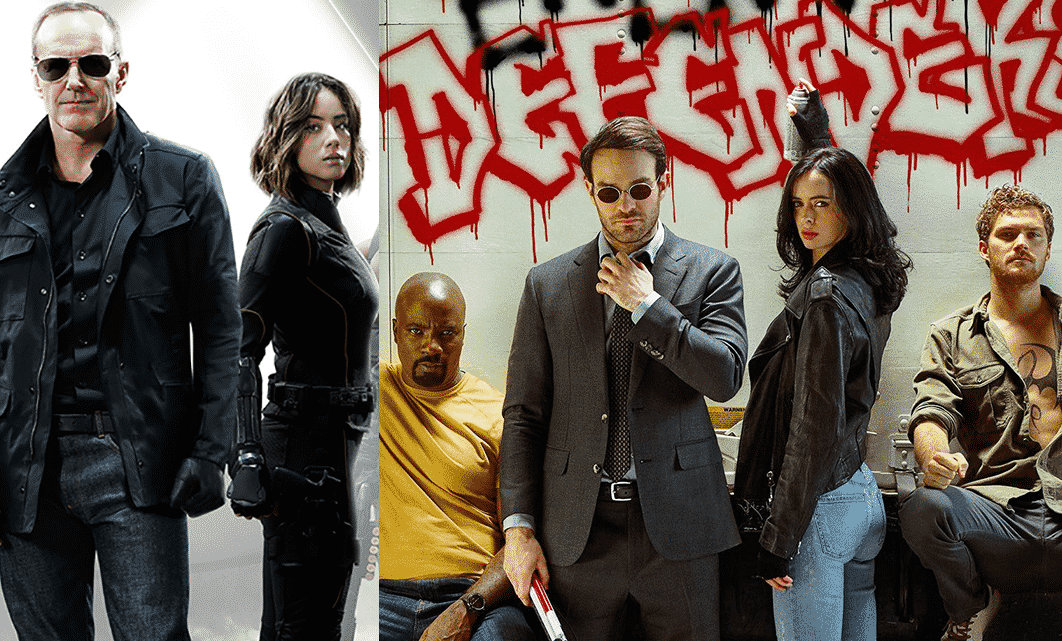 A new promo image for Emmy Magazine has connected the Agents of SHIELD with The Defenders!

The following Instagram photo was released by a photographer and unites the two shows. You can clearly see ABC’s Agents of SHIELD stars Clark Gregg and Chloe Bennet alongside Netflix’s Defenders’ actors Charlie Cox, Krysten Ritter, Finn Jones and Mike Colter. Jeff Loeb, the head of Marvel TV, is also present in the picture.

A post shared by Kremer Johnson Photography (@kremerjohnsonphotography) on Jun 12, 2017 at 8:32am PDT

Although fans are eager to see the TV shows connect more with the films, it does make sense to have their different shows crossover first. Especially considering Agents of SHIELD hasn’t connected at all with the Netflix shows, considering how much grittier and darker in tone they are.

It’s just a shame to see the Marvel franchise so divided within Disney, considering they are all within the same company. Maybe one day the different branches will work better together at connecting their franchise beyond separate films and shows.

The Defenders follows Daredevil, Jessica Jones, Luke Cage and Iron Fist. A quartet of singular heroes with one common goal – to save New York City. This is the story of four solitary figures, burdened with their own personal challenges, who realize they just might be stronger when teamed together.

Agents of SHIELD revolves around the character of Phil Coulson, with Clark Gregg reprising his role from the film series, and his team of S.H.I.E.L.D. agents, who must deal with various unusual cases and enemies, including Hydra and the Inhumans.

Be sure to catch The Defenders on Netflix streaming August 18, 2017. Meanwhile Agents of SHIELD returns to ABC 2018.