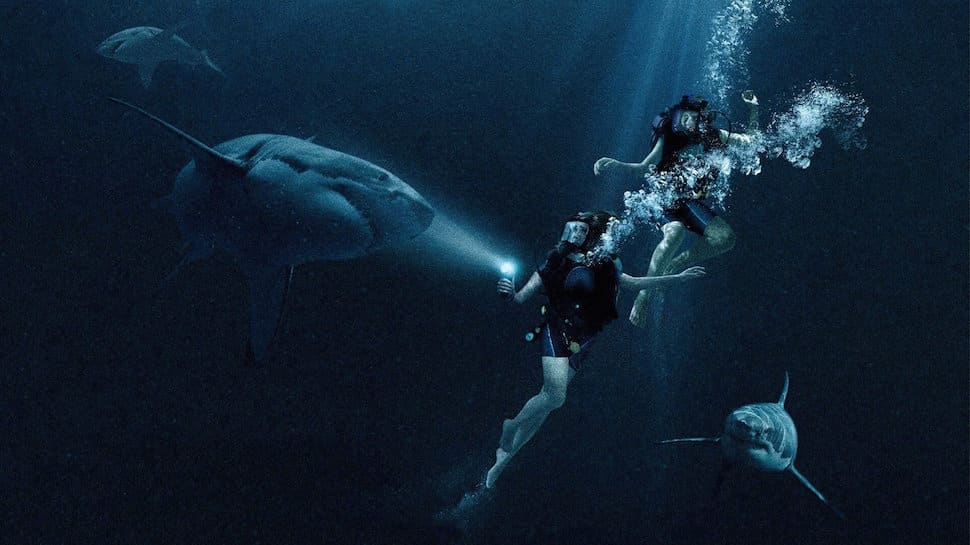 Nothing quite represents summer movies quite like shark movies. Ever since Jaws has hit theaters, shark films have been the ultimate representation of what a crowd-pleasing summer movie should be. Films like Open Water and last year’s The Shallows represent that, scoring solid reviews and a steady run at the box office.

Looking to continue the trend is 47 Meters Down, which is the last low-budget shark film looking to add a twist to the sub-genre. The film follows two sisters who are on vacation in Mexico. In an act of thrill-seeking, the two decide to go in a shark cage to the bottom of the ocean. You can guess what happens from there…

Unceremoniously hitting theaters this weekend, 47 Meters Down actually has a surprising amount of thrills, but sadly not enough to overcome its flaws.

For me at least, this film succeeds more than last year’s The Shallows at delivering B-movie fun. The latter film I felt took itself too seriously to truly embrace its camp factor, but this film is absolutely shameless about it. The film never takes itself too seriously and utilizes its low-budget to bring as much memorable shark moments as possible. There is a certain endearing quality to the film’s modest aspirations that kept me rooting for it to succeed. 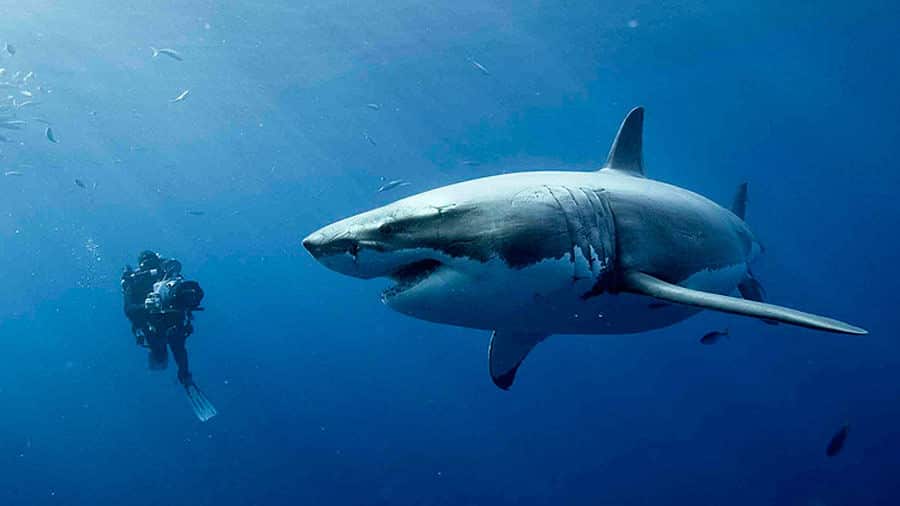 Helming the film is Johannes Roberts, who has worked a lot directing lower-end horror flicks. Here, Roberts shows his understanding of the genre and how to make audiences react. There are a lot of fun stylistic touches that help in ratcheting up the tension. The script (written by Roberts and Ernest Riera) also does a nice job putting the characters in dire situations.

While the script succeeds in some instances, it falters in most other spots. Stars Mandy Moore and Claire Holt are serviceable here, but the script doesn’t give the duo very much to do than being terrified. The thin-attempts at trying to develop their dynamic are middling at best.

Even in a genre that is synonymous with illogical designs, 47 Meters Down takes that cliche to an extreme. A lot of my entertainment with the film came from the horribly-thought out ideas the characters have, that are devoid of any logic and reason. We are meant to believe that Moore and Holt’s characters are reasonable adults, but the whole film they act more so like careless risk takers.

What will ultimately make this film sink or swim for audiences is its final act, which tries to surprise its audience with a plot twist. Not only did I find the twist fairly predictable, but it also felt somewhat disingenuous as to what the film was trying to achieve. Maybe it was a good idea in practice, but the execution felt forced.

47 Meters Down may not be able to sustain itself to fully recommend, but I am sure this film will find a fitting second-life on late night TV.