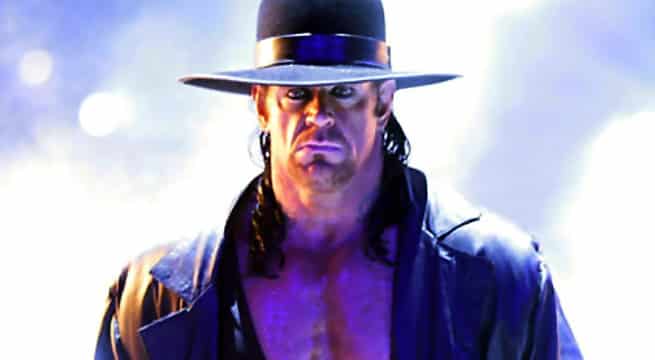 Earlier this year at WrestleMania 33, many fans were disappointed, but not terribly surprised, when the Undertaker was defeated by Roman Reigns. After the match, Taker left his trademark coat and hat in the center of the ring, symbolically laying the Deadman to rest. We’d seen the legend for the last time.

Or had we? Word is that tonight on Raw, a return is going to be teased. Reigns has an “important, SummerSlam-specific” announcement to make, and we’re going to be led to believe that Taker will return for revenge.

Yesterday, the internet was buzzing when the WWE posted this very ominous photo on its social media:

But is it true? WWE insiders say no. The Deadman is done. So why the tease? Apparently, the oldest reason in the book: Ratings. Buzz. Publicity. However, in the world of pro wrestling, it’s wise to never say never. Many stars over the years have retired, only to miss the business and return to the ring.

So, in the end, all we can do is stay tuned. We’ll see tonight what Reigns’ big announcement is going to be, and perhaps be able to tell from that what they have up their sleeves for SummerSlam in August.

What do you think of this idea? Do you think The Undertaker should return? Be sure to tell us your thoughts in the comment section below!

Continue Reading
You may also like...
Related Topics:Undertaker, WWE

VENOM Will Reportedly Exist In The Spider-Man: Homecoming Universe
THE BATMAN: Matt Reeves Reveals His Approach To The Film
Advertisement
Advertisement
To Top