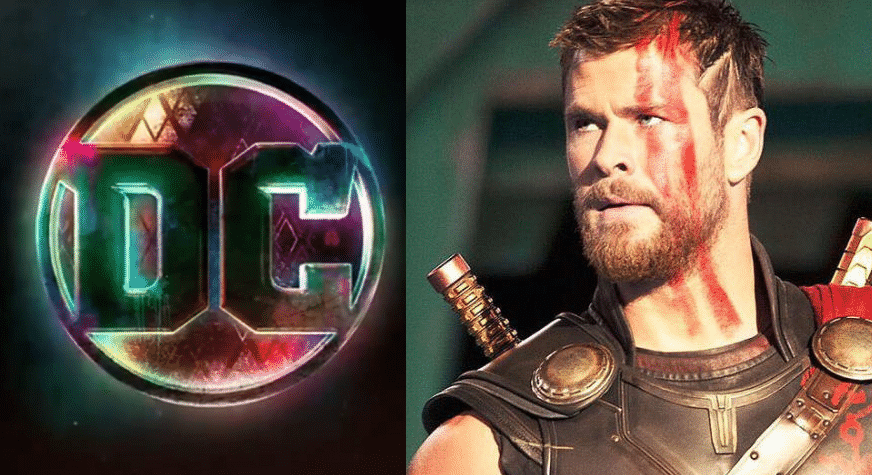 For the past decade or so, fans have believed there to be a rivalry between Marvel Studios and WB/DC. Anyone who’s been on social media long enough will know that there’s certainly a rivalry between the respective fan bases. The movie studios, on the other hand, have attempted to squash any ideas of a rivalry.

Kevin Feige participated in a Facebook live interview with AlloCiné and said:

“There’s not really a rivalry. The rivalry is much more amongst the press, I think. Geoff Johns is a very good friend of mine…When the movies perform well and are well received, it’s good for us – which is why I’m always rooting for them.”

While Feige is essentially saying that an idea of a rivalry is all smoke, Chris Hemsworth’s latest comments probably added a bit more fuel to the fire. Hemsworth made an interesting statement at the Supernova Comic-Con in Australia this past weekend.

According to Tyler James on Twitter, Hemsworth said that it was “illegal” for him or any of the other MCU actors to get a role as a DC character.

It's 'illegal' for Marvel actors to appear in DC films. #ChrisHemsworth #Supanova

It’s difficult to say whether or not Hemsworth was being sincere or if he was joking. There doesn’t appear to be any additional context around the quote. There is a possibility that Hemsworth was lightheartedly speaking about an unwritten rule among the central MCU actors. If Hemsworth was actually being serious, then he clearly was contradicting what Feige said after Josh Brolin was cast to play Cable in Deadpool 2.

In a THR interview, Feige stated:

“We don’t have anything written into our contracts about other roles that people can do.”

If I were a gambling man, I’d probably bet that both Hemsworth and Feige were telling the truth rather than contradicting one another. I would like to believe that Marvel doesn’t have an actual stipulation in their contracts prohibiting their actors from taking on DCEU roles.

I’d also like to believe that, similar to sports, one would adhere to the unwritten rule that says you just don’t go play for the other team. (Congratulations to Kevin Durant and the Golden State Warriors for their NBA title.)

What do you guys think of this perceived rule or non-rule? Do you think actors should be able to play multiple comic characters for competing movie studios? Should actors stay loyal instead? Share your thoughts in the comments below!