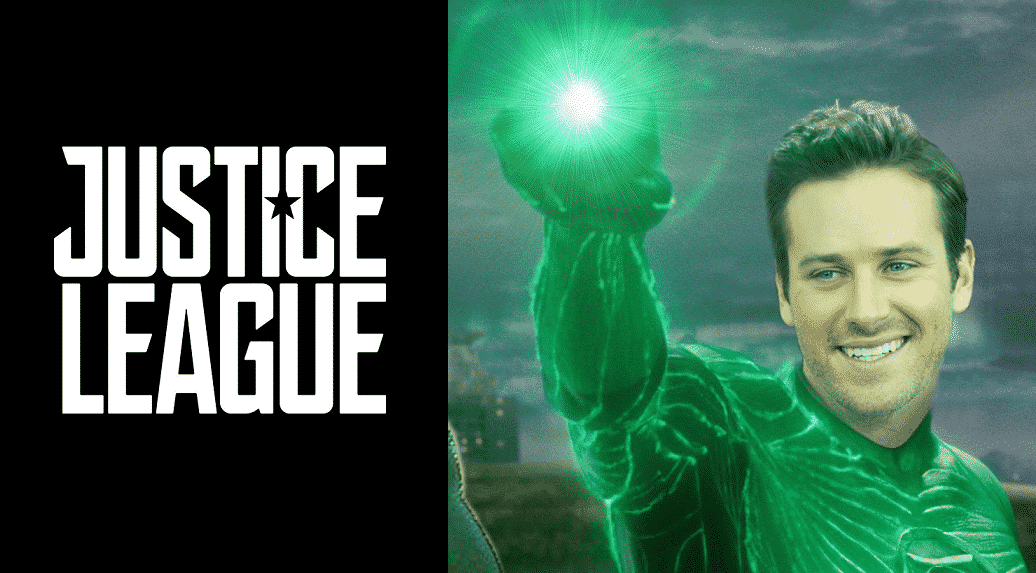 Armie Hammer has posted an eyebrow-raising picture to Instagram. The 6’5” actor shared a pic of himself on a plane headed to London, where Joss Whedon is currently filming additional scenes for the Justice League movie.

Rumors and fan speculation aside, it is in fact not known if Armie Hammer is involved with Justice League, as Hammer recently said he hasn’t been in talks with DC:

It wouldn’t be the first time an actor has played coy when attempting to hide their secretive role, and fans are hoping he is doing just that. Hammer has been a fan-favorite choice to play Green Lantern, Shazam, or even Nightwing. Though to be fair, is it possible Armie Hammer could be in London for something other than Justice League, as his Cars 3 premiere is coming out soon as well.

Let us know your thoughts below! Who would you like to see Armie Hammer play in the DCEU?