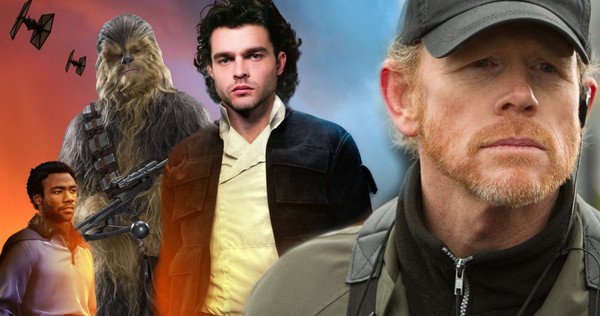 Just a few days ago, it was reported that the Han Solo film would be parting ways with their directors Phil Lord and Chris Miller due to some apparently huge problems in which they clashed with producer Kathleen Kennedy.

“Unfortunately, our vision and process weren’t aligned with our partners on this project. We normally aren’t fans of the phrase ‘creative differences’ but for once this cliché is true. We are really proud of the amazing and world-class work of our cast and crew.”

It was later reported, however, that they were actually fired from the project:

A person with knowledge of the production said that the chemistry between the directors and Kennedy was never right.

“It was a culture clash from day one,” the source said. “She didn’t even like the way they folded their socks.”

Now, THR is reporting that veteran director Ron Howard will complete the project – which was already 75% done:

“Ron Howard has been named as the new director of Lucasfilm and Disney’s untitled Han Solo movie, sources tell The Hollywood Reporter exclusively. The official announcement is expected Thursday morning.

The firing sent shockwaves around Hollywood and beyond as the movie was about three-quarters through principal photography and the replacement of a director at that stage is near-unprecedented. The movie was scheduled to shoot for three-and-a-half more weeks, with five weeks of reshoots built into the schedule — the latter a standard procedure on large franchise productions.”

It’s not very common that a film loses a director when a film has almost finished filming, so it’ll be interesting to see how this turns out. We’ll be sure to keep you posted if anything else develops.