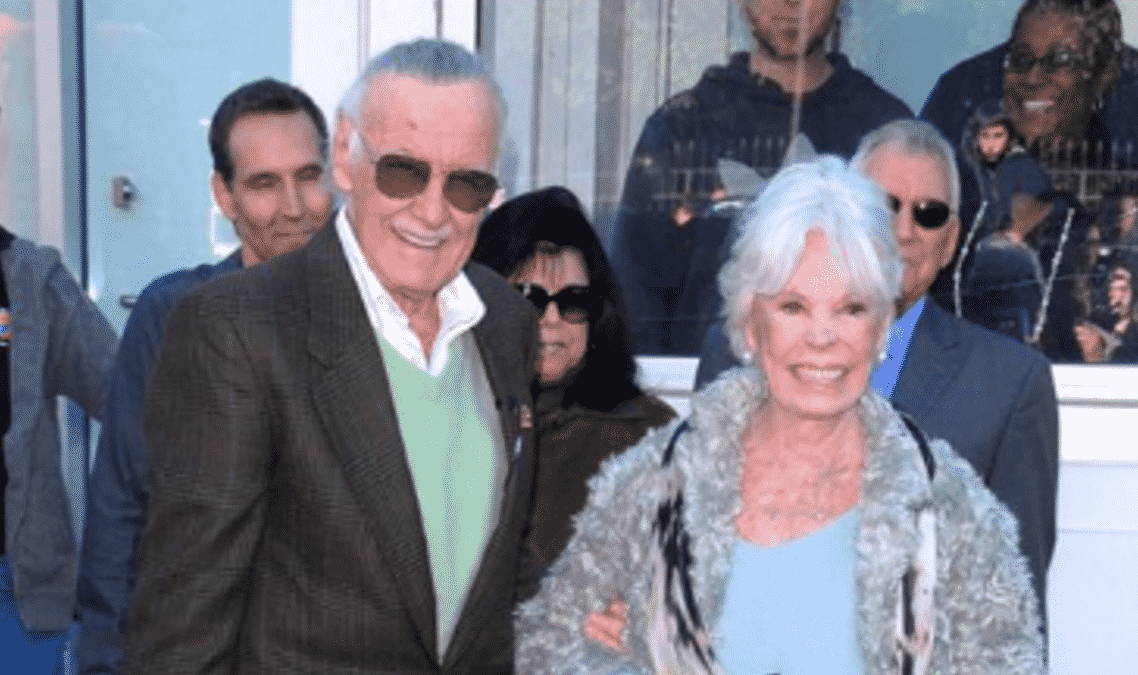 Joan Lee, the wife of Marvel Comics legend Stan Lee, died today at the age of 93.

A spokesperson for Lee’s family had the following to say:

“I can confirm the sad news that Joan Lee passed away this morning quietly and surrounded by her family. The family ask that you please give them time to grieve and respect their privacy during this difficult time.”

According to sources, Lee was hospitalized earlier in the week after suffering a stroke.

Stan and Joan Lee had been married to each other since 1947, and had two children together. Joan Lee was even credited as the person telling Stan Lee not to give up when he was about to leave the comic industry altogether:

“Before you quit,” Joan told him, “why don’t you write one comic you are proud of?”

After that, The Fantastic Four was born.

Just last year, Stan had talked with THR about how he met his wife:

“When I was young, there was one girl I drew; one body and face and hair. It was my idea of what a girl should be. The perfect woman. And when I got out of the Army, somebody, a cousin of mine, knew a model, a hat model at a place called Laden Hats. He said, ‘Stan, there’s this really pretty girl named Betty. I think you’d like her. She might like you. Why don’t you go over and ask her to lunch.’ Blah, blah, blah.

“So I went up to this place. Betty didn’t answer the door. But Joan answered, and she was the head model. I took one look at her — and she was the girl I had been drawing all my life. And then I heard the English accent. And I’m a nut for English accents! She said, ‘May I help you?’ And I took a look at her, and I think I said something crazy like, ‘I love you.’ I don’t remember exactly. But anyway, I took her to lunch. I never met Betty, the other girl. I think I proposed to [Joan] at lunch.”